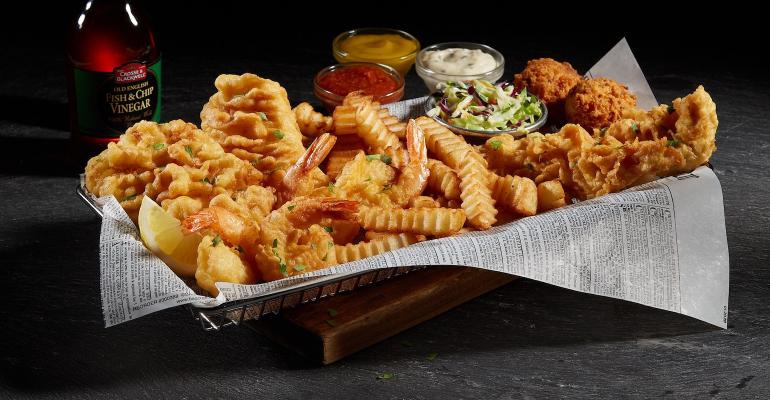 The Franklin Junction digital Host Kitchen platform is partnering with Nathan’s Famous and its recently added Arthur Treacher’s fish-and-chips concept to offer it as a virtual brand, the companies announced Tuesday.

"Given increased demand for delivery nationwide and a favorable landscape for seafood within the sector,” said Rishi Nigam, CEO of Franklin Junction, in a statement, “we are excited to help Arthur Treacher's expand through our Host Kitchen partners, bringing exciting new menus to new customers and loyalists alike."

Jericho, N.Y.-based Nathan’s announced in May that it had added Arthur Treacher’s, founded in 1969, to its portfolio. It said it was adding more proteins to the menu beyond fish-and-chips platters and sandwiches and Boom Boom Fries. New offerings will include shrimp and chicken sandwiches.

Franklin Junction has worked since summer 2020 with Nathan’s to host the brand virtually.

“We have over 50 locations operating with Franklin Junction in the U.S. and expect this number to grow with the addition of Arthur Treacher’s,” said James Walker, senior vice president of parent Nathan's Famous Restaurants, in an email.

“We also expect to begin working with Franklin Junction internationally.” Walker said, adding: “We are surprised and excited at the overwhelmingly positive response to the return of Arthur Treacher’s across the U.S., and many international markets.”