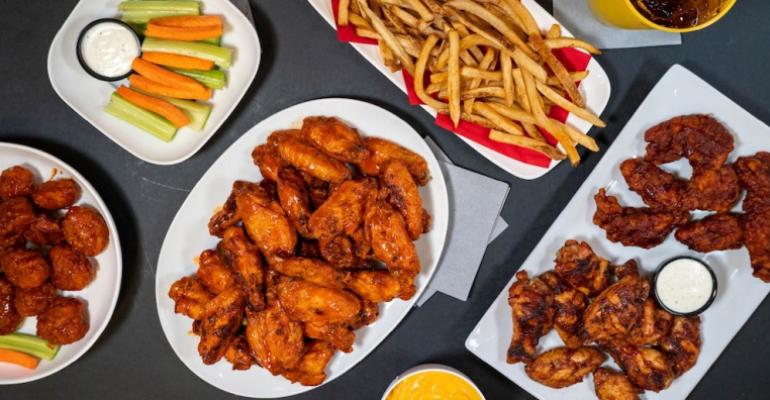 Delivery-only menu now available from more than 40 restaurants, with 20 more to be added this month

Dickey’s Barbecue Pit has joined the growing number of restaurants to launch a virtual chicken wing brand, but the Dallas-based chain of around 460 units is using its expertise to offer smoked wings.

The wings are available in a choice of a dozen dry rubs and come with a choice of ranch, blue cheese, honey mustard or jalapeño cheese sauce. For dessert, guests can order chocolate chunk cookies, blondies or pecan pie. Combos, with fries or veggie sticks, a dip and a drink, start at $6.75.

The Wing Boss menu was launched in Dallas and is now available at more than 40 restaurants, with plans to expand by another 20 by the end of April. Dickey's said that units that are offering the virtual brand have seen an increase in revenue of 1%.

“As a family-owned company, we are always looking for ways to support our Owner/Operators and Wing Boss creates an additional opportunity to expand their earning potential and capitalize on the delivery trend of today’s convenience-minded consumers,” she added. “Due to the uniqueness that smoked chicken brings to the category, we are continuing to invest in the brand and scale it across all of our locations. Our continued innovation plays a huge role in our brand’s rapid growth and we have no plans of slowing down.”

Chicken wings have been a runaway success during the pandemic as a growing number of consumers have ordered them for delivery, and Dickey’s is just the latest of many chains to launch virtual concepts that are focused on that particular item.

That trend actually preceded the pandemic with companies such as Fazoli’s, which began experimenting with Wingville in 2019, and Hooter’s, which launched Hoots in 2017.