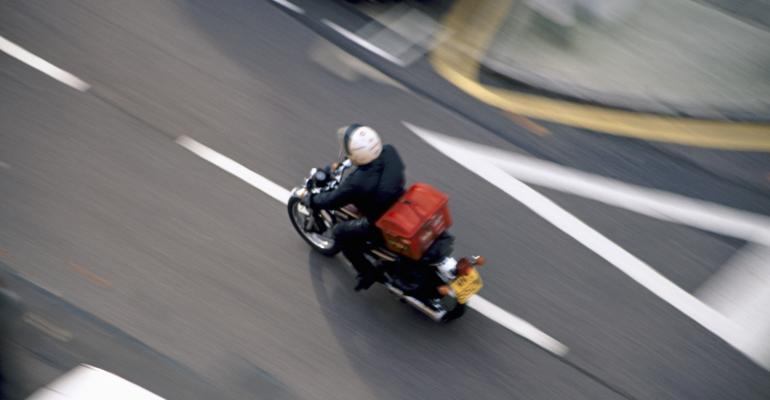 As layoffs mount and financial markets shift, it’s important to remember that delivery — and the technology that has empowered it — is no passing fad.

Restaurant delivery disruptors from seed to post-IPO are announcing layoffs, hiring freezes, slowed growth, shuttered experiments, strategy pivots, and leadership changes.  As the financial markets shift, and money becomes harder to access, restaurant industry upstarts are no less impacted than their other peers in tech. The layoffs are much more emblematic of what's going on in the broader economy and particularly in the financial markets than it is of the future of delivery.

The current volatility in financial markets is causing all startups to look at their burn rates in a new light. The previous easy money was causing some startups to invest in growth that would justify their valuations — or, as Lunchbox CEO Nabeel Alamgir told Business Insider, “we were all drunk on VC money and we needed to sober up.” ChowNow CEO Chris Webb described the change to Business Insider this way: "Interest rates have been essentially zero for 12 years, and that has allowed businesses, ChowNow included, to grow very quickly and take advantage of cheap capital. That era is now behind us."

We’ve heard a number of restaurants now say, “See, I told you. This delivery thing is a fad.  Enabled by venture capital funds and necessitated by the pandemic, now that the money is drying up, people can (and want to) leave their homes again, and prices inevitably increase to pay for the convenience of having something delivered — consumers don’t want it anymore.” We’ve also heard more than a few industry observers predict the demise of many of the disruptive companies that were funded during the pandemic.

We disagree. Delivery is not a fad. It’s here to stay. But as with all disruption, it’s gone through its creative phase where innovative companies try out different approaches to meet the consumer demand. As that phase comes to a close, some consolidation and reorganization is required. Olo, Toast and DoorDash, in particular, have been buying up functionality and will likely continue to do so. Other well-funded startups, like Reef and Lunchbox, will focus on their core businesses to create defensible IP, to find their path to profitability, and to accelerate their maturation into sustainable companies.

The layoff announcements generally have two things in common: First, the companies are trying to extend their runway in the event that the financial markets remain unstable. A lower burn rate makes it easier to survive and see a better day. Having fewer employees makes it easier to have a lower burn rate. Second, they're pivoting to position their businesses to focus on the core. For example, the Reef layoffs earlier in the year included an announcement that they're going to focus on core geographies and they're going to stop some product expansions that got them into entirely new non-restaurant verticals. What companies are saying with these moves is, “Hey, if we focus on the core thing that we're really competent at, where our secret sauce is, which is restaurant technology, restaurant brands and restaurant ghost kitchens, that's where we're much more likely to get to a profitable place sooner than if we're trying to innovate in 12 directions at once.” Sunday said the same thing. They're going to trim back some of their geographies, focus on some of their core technology. Lunchbox said they would focus on SMB and stop pursuing Enterprise.

This is not to say that all delivery startups will survive. Many will be acquired by the powerful few. Many more will close their doors. And a few will create the future that we paint in our book, Delivering the Digital Restaurant. It’s too early to say which company is which. And it is possible that the winners have not even been created yet. Think MySpace vs. Facebook. Or AskJeeves vs. Google. We are still at the very front end of restaurant digitization. There is so much more to come.

As we discuss in our book, further delivery adoption will not be driven by more people doing more of the same thing.  Further adoption (and therefore additional delivery market size growth) will be driven by new technologies and new approaches that actually lower the cost of delivered food. As we point out in the “Maturity of Markets” chapter, there are places in the world where delivered food is actually cheaper than eating at a restaurant, even without drones and sidewalk robots and automated food trucks cooking en route. Intuitively, it makes sense this would be possible; if front of house staff, square footage dedicated to dine-in, prime real estate, and a third party making deliveries simply aren’t part of the restaurant business model, it is possible to get great food delivered at a value price. Focusing on the elements consumers care most about (the food and the convenience), then innovating to make these as great, fast, and cheap as possible, are what will get the US to a sustainable delivery model that works for all — consumers, restaurants, drivers and kitchen staff.

While our hearts go out to those affected by layoffs, their experience will be invaluable when they apply it in the many other restaurant tech companies that will thrive in the years ahead. For the companies and executives making these decisions, it enables a moment for refocusing that in turn will lead to better outcomes for everyone. This is true in all affected industry verticals. Crunchbase analyzed all this layoff news and concluded that 143 U.S. tech companies have laid off more than 24,000 people through June of 2022. We're really talking about something that is affecting all of technology, not just restaurant technology providers. It’s time to pause, reflect, and pivot.

Some of the affected companies are seeing strong underlying business fundamentals — all-time highs in revenue and gross order volume, continued growth of restaurant customers or loyal consumers, even positive unit economics or overall profit. ChowNow’s Webb told Insider, “We signed up more new accounts and new restaurants in June than we did all year long,” adding that ChowNow's churn rate was low in both May and June. “It's not like our business has imploded. It hasn't at all." Alex Canter at Nextbite said in a LinkedIn post a week after his company made sweeping layoffs, “In just 7 days, our amazing team at Nextbite took live over 750 new locations,” beating the previous onboarding records significantly. These companies are trying to focus that growth in a way that's much more likely to lead to profitability, which is what the markets are rewarding right now.

While DoorDash and UberEats growth has slowed as consumers adjust their behavior to account for inflation, their revenue is still growing. According to Yipit Data quoted in the Wall Street Journal, both order volume and delivery spending are still growing double-digits. While this is a dramatic reduction from the pandemic highs in the triple digits, it still reflects consumers valuing the convenience of delivery.

Meredith Sandland and Carl Orsbourn are co-authors of “Delivering the Digital Restaurant: Your Roadmap to the Future of Food.” After each spent 20-plus years in corporate strategy and retail food, Meredith and Carl each concluded that food in America was changing. They left their corporate jobs in search of innovation that would transform the restaurant industry. Ghost kitchens, virtual brands, digital marketing, the gig economy and lean operations are at the heart of the future they envision. For more information, visit DeliveringtheDigitalRestaurant.com or email [email protected]