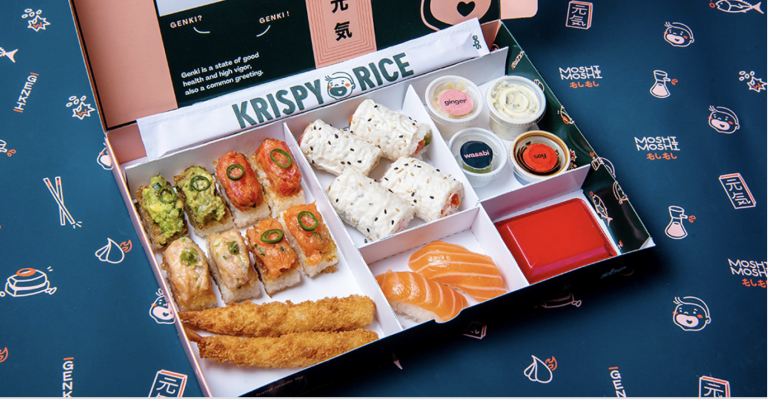 As both a mobile and web app, Citizens Go will allow customers in select cities, so far in Los Angeles, Northern California, New York City and Chicago, to place mix and match orders from C3’s 200+ virtual and brick-and-mortar brands. All of the brands will be in one place in an omnichannel, digital food hall-style delivery experience and available depending on where you’re ordering from (and which ghost kitchens are nearby).

"Until the debut of Citizens Go, the online ordering experience has felt extremely transactional and restrictive for diners," Sam Nazarian, founder and CEO of C3 said in a statement. "We've been able to leverage Lunchbox's proprietary technology to transform meal delivery into an empowering, guest-driven lifestyle experience in which customers have more freedom in their dining choices and have access to an interactive culinary center at their fingertips.”

C3’s popular brands that will be featured on the app include Krispy Rice, Umami Burger and Sam's Crispy Chicken, along with brands that C3 has acquired or partnered with, like Soom Soom, a family-owned Israeli-Mediterranean restaurant with six locations in Los Angeles, which will be expanding nationwide through ghost kitchens and will debut at C3’s Citizens Food Hall in New York City later this year.

Here’s how Citizens Go works: Customers within delivery radius of the C3 network of ghost kitchens will be able to download the app for Android or iPhone and place an order from one (or multiple) of the available brands. The food is then delivered all at the same time through DoorDash’s third-party last-mile service, Ride United. In celebration of the launch, for the first order placed on the service, all customers will receive a free Umami burger.

But even though C3 is partnering with DoorDash on this, Lunchbox CEO and cofounder Nabeel Alamgir said that he considers the product they’ve created to be a competitor to traditional third-party services, which take the in-house capabilities out of operators’ hands.

“[Sam] knows the value of customer data and he loses that data if the orders are coming from GrubHub,” Alamgir told Nation’s Restaurant News. “[…] He wants to launch content on the system that is only delivered here, he is trying to create a little more than a food-ordering experience: it’s a social hub.”

Citizens Go also touts itself as “free from any hidden delivery or markup fees” and includes other features like an in-app loyalty rewards program, secret menu items, limited-time culinary collaborations with celebrities, and perks for in-store visits.

There are plans to expand the app’s capabilities to Miami, Austin, Portland, San Francisco, Seattle, and Atlanta, with more cities to come. Nazarian also said that menus from famous chefs like Dani Garcia, Dario Cecchini and Katsuya Uechi will also be coming soon.