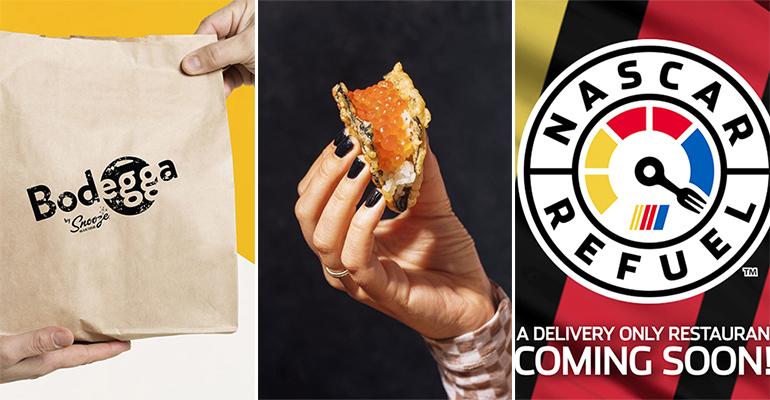 In June, nationwide chains continued to participate in the virtual brands movement as Snooze, an A.M. Eatery, introduced its own virtual concept to offer breakfast to customers all-day.

Virtual brand powerhouse C3 introduced its newest brand Kumi recently. This is the first new proprietary brand for the group this year, but it keeps the same flavors of the brand’s other concepts — Umami Burger, Krispy Rice and Sam’s Crispy Chicken — with Japanese-inspired food. It’s also the first of 10 new concepts to be announced from Sam Nazarian’s company this year.

That’s in addition to other big virtual brand operators, NextBite and Virtual Dining Concepts, which both introduced new partnerships recently, including a new deal with NASCAR for a virtual restaurant.

And ghost kitchen company Kitchen United created its own new brand as well. While this isn’t a first for the company, this is the first brand for KU in well over two years, during which time the company experienced growth and was working on its virtual food hall in New York City.

Indies continue to dominate the virtual brand game, as seen with a new joint venture from the former owners of New York City restaurants Caracas and Tacoway, which were both forced to close during the pandemic. With the help of shared kitchen Nimbus, both brands are alive again and available in a new combined menu for delivery only.

Both restaurants are part of DoorDash’s new initiative to help restaurants that closed during the pandemic reopen with Reopen for Delivery across the country.