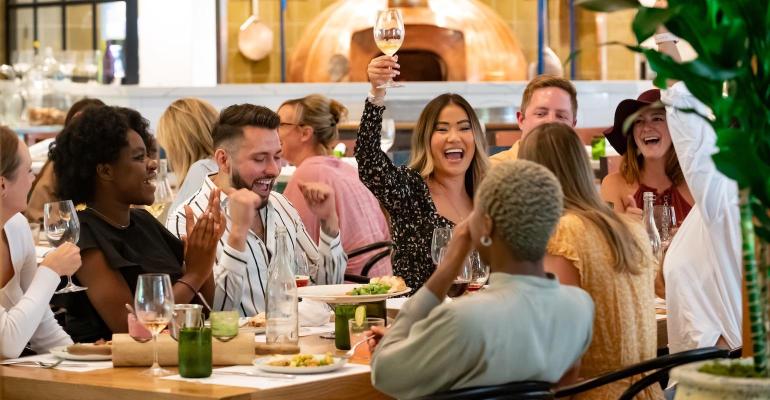 About 77% of consumers plan to use restaurants in some way during the winter holiday season, a new National Restaurant Association survey finds.

The Washington, D.C.-based group’s survey, conducted online Nov. 18-20 among 1,002 adults, found 57% of respondents planned to go out to eat at a restaurant, while 50% expected to order takeout or delivery for a gathering at home, during the holidays. One in four consumers planned to do both.

Related: How to prepare for holiday season supply chain troubles

The survey also asked respondents why they planned to include restaurant meals in their holiday plans. The survey found:

“During the holidays — maybe more than any other time of the year — we work to make meaningful connections with people in our lives,” said Michelle Korsmo, the association’s president and CEO, in a statement. “The restaurants in our communities provide the space and the comfort to do that while sharing a meal.”

The association’s survey indicated that consumers, when choosing a restaurant, kept convenience and loyalty in mind.

The survey indicated a restaurant close to the consumer’s home was the top pick for 94% of consumers going out to eat and 91% of those who planned to order out.

It also found 81% of those diners planned to dine in a restaurant they had often visited, while 79% would order out from one.

Inflation was impacting consumer decision-making during the holidays, leading 89% of respondents to say they more interested in restaurants where they could find a deal or specials.

About 66% of those planning takeout were making choices based on marketing emails from restaurants.

The association earlier produced its “What’s Hot Culinary Forecast” for 2023 with the American Culinary Federation and Technomic from an October survey more than 500 professional chefs and association members with chef titles.

The National Restaurant Association, founded in 1919, networks with 52 state groups and other organizations.