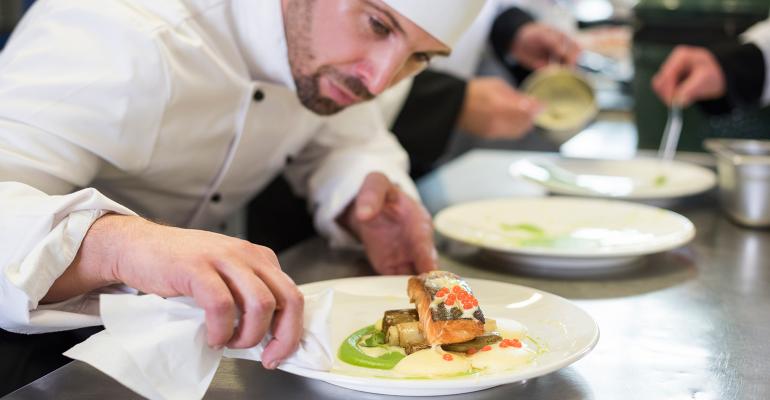 Optimistic operators continue to be in expansion mode, remodeling restaurants and building new ones, despite weak same-store sales and concerns about rising labor costs.

That’s the conclusion from Nation’s Restaurant News’ latest Operators Survey, which suggests operators believe their traffic has hit bottom and will improve.

They are confident enough that they plan to expand this year: 51 percent of operators told our survey they expect to add more locations in 2017, while 20 percent plan to close locations.

This year’s survey includes the views of 319 respondents, who have a range of titles and come from a broad cross-section of industry sectors and company sizes. Nearly half, 48 percent, represented small-scale concepts with fewer than 9 locations.

Respondents gave mixed views of their current traffic results, but a strong plurality felt things were likely to get better. According to the survey, 42 percent of operators said traffic was improved so far this year, while 39 percent it was worse and 19 percent said there was no change.

Yet 47 percent of operators expect improved same-store sales in the first half of 2017 while just 16 percent expect worse same-store sales. The remainder felt it would be the same (26 percent) or it’s too early to tell (11 percent). Much of the optimism stems from the election, said Steve Crichlow, a former franchisee turned consultant who works with numerous operators. Franchisees expect the Trump Administration to reduce regulations, which could improve their profits, end the Affordable Care Act and its associated health care costs, and reform the tax code.

“From what we’ve heard, it’s based a lot on expectations and hopes the new administration is going to carry through with their promises,” Crichlow said.

Tax code reform, he said, would give consumers more money, which they could in turn use at more restaurants, Crichlow said.

Indeed, 40 percent of operators felt that improved disposable income would do most to help their sales this year.

Operators’ biggest concern, by far, was over labor-related issues. More than half, 51 percent, said that recruiting and retaining workers was their biggest challenge heading into 2017.

The second biggest concern? Rising minimum wages, listed as the top concern by 24 percent of respondents. By comparison, food costs were listed as a concern by 11 percent of operators, while real estate (4 percent) health care (3 percent) and “other” (7 percent) rounded out the listed worries.

The survey results reflect other surveys showing labor to be the predominant issue of 2017. Restaurants have been hiring at a faster-than-average clip in recent years, and have added 250,000 jobs over the past 12 months, according to federal data.

This is driving up wages. Average hourly earnings in the leisure and hospitality industries over the past 12 months have increased by 4.2 percent, according to federal data. That’s higher than the 3.4 percent, overall rate. The higher wages are leading restaurants to raise prices despite falling commodity costs — which, coming as grocery stores have lowered prices, has been suggested as an excuse for weak sales in recent months.

Prices for food away from home have increased 2.4 percent over the past year, according to federal data, while prices for food at home have fallen by 1.7 percent — an unusually high, 410-point gap between the two largest purveyors of food to consumers.

Labor costs could be hampering operators’ abilities to be more aggressive, Crichlow said. And he believes that the labor issue is broad-based, encompassing not only the tight labor market but several labor regulations under the Obama administration, like the joint employer ruling and overtime regulations.

“It’s keeping them cautious on what to do or not to do for growth,” Crichlow said. “There are big things out there impacting labor for restaurants and probably retail, too.”

Perhaps not surprisingly, one of the biggest areas of investment for operators heading into 2017 is on recruiting and training. Eighteen percent of operators said they plan to invest in this area.

Many operators believe that investing in recruiting is vital at a time when consumers are fickle, sales are hard to find, and good workers are scarce.

Digital remains a big source of investment, as 11 percent plan to invest in digital or mobile technology. Interestingly, just 3 percent of operators said they are investing in delivery this year, suggesting a wait-and-see approach for the broader industry as big players like Panera Bread Co., McDonald’s Corp., Darden Restaurants Inc. and others invest in the service.

That said, 12 percent of operators said their brand is planning to make delivery part of their mobile capabilities this year.