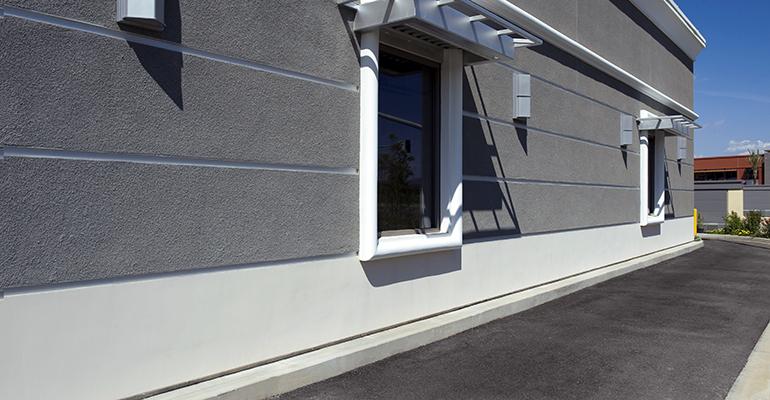 Traffic is down in all restaurant segments, Foursquare found.
Data & Research

Nationally, foot traffic is down 11%, according to Foursquare data from last week

The latest data from Foursquare, which analyzes foot traffic patterns from more than 13 million Americans, show a drop off in traffic to QSR restaurants for the week ending March 20. This data comes a week after the company saw an increase in traffic at quick-service restaurants.

“Last week, we reported an uptick in foot traffic to quick-service restaurants (QSRs) since the outbreak of COVID-19, perhaps from consumers visiting drive-throughs or picking up takeout,” a blog from location data company reads. “After the initial increase in fast food visits, QSRs saw a steep decline in visits around March 13-14 (down ~10%), when President Trump declared a state of emergency. This drop also coincided with an uptick in visits to grocery stores, perhaps indicating that at this point, people began making a concerted effort to dine at home instead of going out to eat. Visits to fast-food restaurants continued to decline from March 14 through the week ending March 20.” 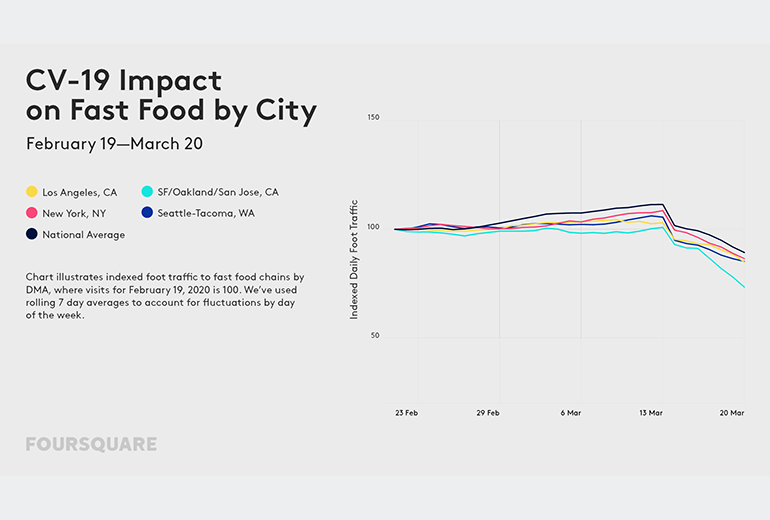 Foursquare looked at foot traffic across the country and specifically in states with the highest number of confirmed cases, according to The New York Times — Washington, New York, and California — focusing on four cities: Seattle, San Francisco, Los Angeles and New York City. 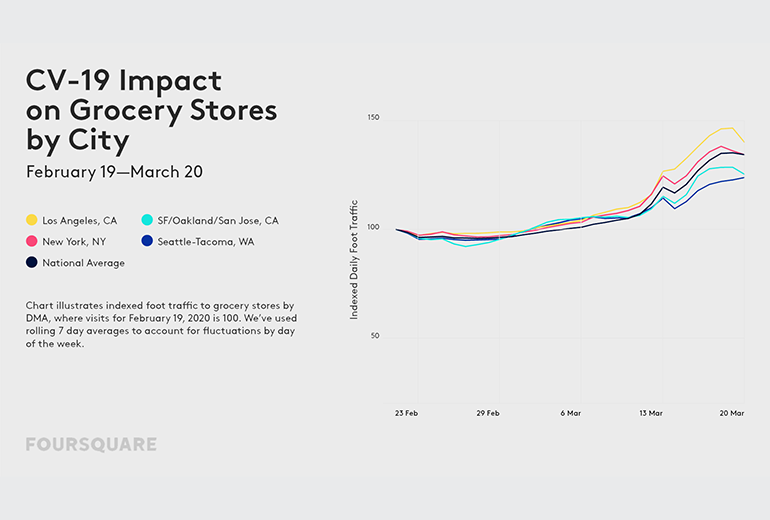 “Heeding advice from authorities to ‘distance socially’ and stay home except for essential activity, Americans are changing their behaviors considerably, with the patterns we saw last week becoming even more pronounced, country-wide,” the blog post states.