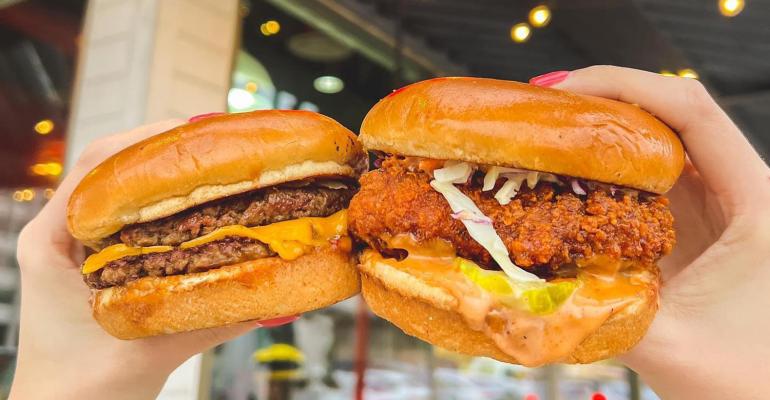 Project Pollo hopes to open its first 40 unites in second-generation locations.
Create the Future of Foodservice

The chicken, burgers and shakes being served at 15-unit Project Pollo are all plant-based alternatives, but its menu is only part of the story.

The San Antonio-based company, founded two years ago by Lucas Bradbury, a veteran of Pizza Hut and other concepts, is seeking to position itself as a more sustainable and community-minded alternative overall to the traditional quick-service restaurant model.

Project Pollo focuses on second-generation sites for development, which is both cost-effective and more sustainable than new-store construction, Bradbury said. The company also seeks to provide affordable fare to increase customer accessibility, and offers highly competitive benefits for workers, including company-funded health insurance and paid vacations. He describes the mission as “people over profits and pollo with a purpose.”

It is on track to have about 20 corporate units open by the end of this year and plans to open another 14 next year. It also is planning to open its first franchised locations next year and has begun screening potential franchisees who have both the resources to operate restaurants and are aligned with the company’s mission, Bradbury said.

“The fine balance here is finding operators who have relevant restaurant experience and have the capacity to operate a high-revenue establishment, but also that shared passion and an understanding of a sustainable future for mass consumption,” he said. 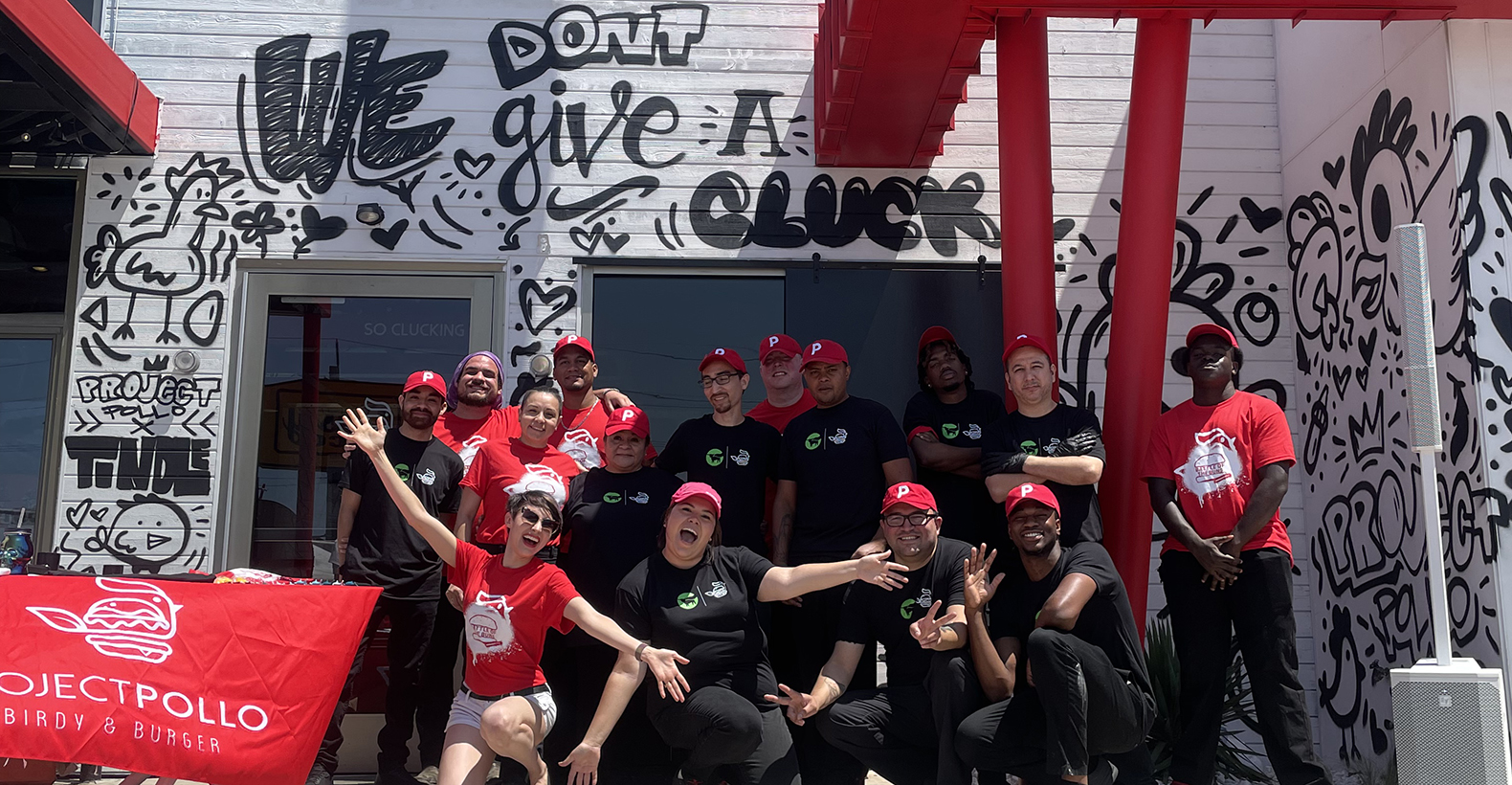 Project Pollo, which currently operates all its locations within Texas, plans to open company-owned restaurants in the Phoenix, Las Vegas, and Denver markets by the end of this year or early next year. It also hopes to add locations in the Nashville and Memphis, Tenn., markets, and Atlanta next year, and is also eying Florida as a target for 2023.

Most of the potential franchisees the company has been speaking with are in the Northeast, in markets where the company does not plan to run company-owned locations, such as in Baltimore, Philadelphia, New York City and Washington, D.C.

Last year, Project Pollo caught the attention of investor Mark Cuban, one of the “sharks” on the TV show “Shark Tank,” who invited Bradbury to pitch the concept on that show. Although Bradbury was not able to secure an investment from any of the sharks — he was seeking $2.5 million for a 5% ownership stake — he said the exposure has helped create more awareness for the concept.

The company, which at that time was operating 10 locations with a projected $10 million total annual run rate, has since attracted significant financial backing, he said.

Earlier this year, the company paused its breakneck expansion pace to take a close look at its operations and ensure that it was prepared for the next phase of growth. Tat included evaluating its technology systems, training programs, branding, menu and kitchen operations, and other areas to gear up for both ongoing corporate expansion and the franchising initiative.

“Basically, we stepped back and said, ‘What's important to us, what's important to our team, and what's important to the guests? Let's really put our ears to the dirt and listen to what people are saying, and then let's try to fix it,’” Bradbury said. “We’re happy with where we’re at, but a lot of things need work. A lot of systems still need to be built. But we're out there doing it.”

The company’s preference for second-generation sites has remained a priority, he said, although he acknowledged that eventually Project Pollo will have to begin building restaurants itself in order to operate in the high-quality locations it is hoping to secure.

“The whole premise of our company is to reuse as many things as we possibly can,” said Bradbury. “We don't bulldoze down sites. We don’t go in and gut existing restaurants and throw all that stuff in a landfill.”

He said the company has been able to convert existing restaurant sites to the Project Pollo concept for between a third and a fifth of typical development costs, leading to a more rapid path to profitability as well as minimizing the impact on the environment.

“Our Dallas unit is going to do $3 million this year, and it was profitable within the first 30 days of operation,” said Bradbury.

The company’s goal is to open its first 40 units in second-generation locations, and then begin mixing in more ground-up construction in order to maintain its planned expansion pace.

Bradbury has also tweaked the menu over its first two years of operation, including adding bowls and salads. Its core items, however, are its plant-based chicken sandwiches, which it sources from manufacturer Tindle and augments with proprietary breading and seasonings. It also offers plant-based burgers, fries, salads, and oat-milk shakes. Its top-selling menu items are the Original Project Chikn Sandwich and the Nashville Hot Chikn Sandwich, followed by Popcorn Chikn the Grilled Chikn Caesar Wrap.

“People come to our concept for fun,” said Bradbury. “They come for innovation, they come for the experience, and they come for hands-down the best chicken sandwich on the market in QSR, but it just so happens to be made of plants.”