The pandemic year of 2020 was marked by bold moves, but one of the most successful was Brinker International’s creation of a 1,050-unit brand seemingly overnight with the introduction last June of It’s Just Wings on DoorDash.

What the Dallas-based company anticipated would in its first year be a $150 million business, deploying excess capacity in its Chili’s Grill & Bar and Maggiano’s Little Italy kitchens, actually reached $170 million in U.S. annual sales in its first year, according to Brinker CEO and president Wyman Roberts.

The success of It’s Just Wings, which recently has begun rolling out to international partners, led Brinker to introduce the virtual Maggiano’s Italian Classics delivery brand to 250 restaurants this summer, with the goal of having the virtual menu in 900 restaurants by the middle of 2022.

It’s Just Wings didn’t really happen overnight. Brinker’s innovation team had been setting the groundwork for the virtual brand for more than a year before its introduction, testing the limited offerings at a few stores before the big pandemic roll out.

In March, Brinker expanded It’s Just Wings accessibility further, partnering with Google to allow customers to order pick-up from their nearby Chili’s restaurants using Google Search and Google Maps, tapping into the highly used “brand near me” function.

“There are hundreds of millions of searches per week conducted around food in Google, so when you consider that kind of volume, that’s an opportunity we definitely want to play in,” said Wade Allen, Brinker’s senior vice president of innovation. “This partnership allows us to have our virtual brand front and center.”

The incredible development of a 1,000-plus-unit, $170 million brand in the blink of an eye makes Brinker and its It’s Just Wings concept worthy of the Brand CREATOR.

Portillo’s may be under 200 units, but it’s still an industry powerhouse. And it isn’t content to stop where it’s at.

Looking at how the fast-casual brand handled the pandemic was a sight to behold. Rather than resting on its laurels and coasting through the pandemic with its drive thrus, Portillo’s innovated.

Portillo’s took some delivery in-house, even creating a new position as a delivery driver for employees. While many other restaurants were complaining about the necessary evil of third-party delivery, Portillo’s took the reins and gave the financially consequential orders with big tips involved back to employees.

The classic Chicago restaurant serving up hot dogs, Italian beef and its famous chocolate cake shake also capitalized on its drive-thru locations during the pandemic and partnered with ghost-kitchen company Kitchen United for deliveries. That took pressure off Chicagoland locations that became inundated with orders at the beginning of the pandemic.

All this innovation led to the company filing for an IPO earlier this year. And to us giving it a well-deserved CREATOR.

The group continued that innovative streak during the pandemic. It turned some of its restaurants into community kitchens to feed staff as well as frontline workers in a program called BRFeeds, a continuation of its philanthropic activities with There With Care, The Imagine Foundation, Brent’s Place and other local charities.

Big Red F also kept as many people employed as possible by developing its own in-house delivery service and launching virtual concepts within its brick-and-mortar locations to boost business. The group also held takeout-based popup events.

It didn’t slack when it came to paying employees, either, moving to a tip-sharing model for front and back of house so that each employee makes at least $20 per hour, well above Colorado’s minimum wage of $12.32. Big Red F is also offering more paid time off for employees to volunteer in their communities while also increasing sick time, increasing employee discounts, improving manager benefits and initiating its own employee assistance program.

It’s a lengthy and innovative resume — more than worthy of our Independent CREATOR.

Delivery-only brands have proliferated during the pandemic, creating a new restaurant segment that includes concepts without any brick-and-mortar presence. And Virtual Dining Concepts isn’t just deserving of an inaugural CREATOR because of its leadership status in the space; it’s also deserving because of how it’s tapped into well-known figures to help drive its brands’ success.

Aided by MrBeast’s millions of followers, the virtual brand exploded in a matter of weeks to thousands of locations, as restaurants — including Earl’s own Buca di Beppo, Bertucci’s and Brio Italian Grille — began offering the menu through the leading third-party delivery marketplaces.

Most recently, Virtual Dining Concepts created NASCAR Refuel, which allows those who watch the NASCAR Xfinity Series Wawa 250 to order some of the food that will be available at Daytona International Speedway through DoorDash. On the menu are racetrack classics like the Daytona Firecracker Dog, the Darlington Pimento Cheese sandwich and the Refuel Burger. Soon the menu will include specials tagged to specific regional racetracks throughout the NASCAR season.

For those operating Virtual Dining Concepts brands, the additional incremental revenue has been a lifeline through a very challenging period. Earl contends that virtual brands will soon become an essential part of the operating model and that all restaurants will soon be running two or three digital concepts out the back door of their underutilized kitchens.

Since joining Chipotle as chief restaurant officer in May 2017, Scott Boatwright has accelerated the chain’s digital presence, which has proven to be a major driver of its success during the pandemic, and offered more than enough credentials for a CREATOR.

In the most recent quarter, Chipotle’s same-store sales rose by 31.2% and saw digital sales grow by 10.5%, now accounting for 48.5% of total sales.

He also oversaw the addition of mobile pickup shelves to restaurants, the increase in the number of drive-thru Chipotlane locations to more than 1,000 and the testing of Chipotle Carside, a pickup option that allows customers to receive their orders in their parked cars.

Boatwright also pushed for the increase in Chipotle’s workers’ hourly wage to an average of $15 per hour, effective June of this year, as well as a program for promotion from within in which crew members can advance to Restaurateur, the chain’s highest general manager position, in as little as three-and-a-half years, with average annual compensation of $100,000.

Following George Floyd’s murder last May, corporations began responding to the subsequent summer of protests for justice with statements of support for Black Lives Matter.

Yum Brands is one of the many restaurant companies that have been outlining goals to improve diversity of leadership. However, chief equity and inclusion officer James Fripp has brought a much-needed human element to the questions of equity and inclusion in a historically whitewashed corporate America. Even before the Black Lives Matter protests started up again in earnest last summer, he was coming up with creative ways to fix the broken leadership pipeline that often prevents women and people of color from assuming restaurant leadership positions.

In addition to rolling out diversity goals and unconscious bias training even before the pandemic began, Fripp had the idea of inviting 20 senior-level employees of color to have dinner at the home of Yum CEO David Gibbs. In January 2020, they had dinner with Gibbs to discuss how to better build careers for Black, Latino, Asian and other employees of color at Yum.

Fripp has been with Yum Brands for nearly 40 years, elevating equity-minded Yum projects and partnerships like CEO Action for Diversity and Inclusion, The Consortium for Graduate Study in Management, ONETEN and We Are All Human’s The Hispanic Promise. Even before he ascended to the level of leadership in diversity, Fripp has embraced a people-first personal philosophy which he calls “ART” (or Authentic Relationships that Build Trust). He previously told Nation’s Restaurant News that he believes in the importance of building relationships based on trust over crunching diversity numbers.

Developing such a robust system to support diversity, equity and inclusion at the world’s largest restaurant company — at a time when restaurants most need to step up to the challenge — made Fripp an easy choice for this Leadership CREATOR. 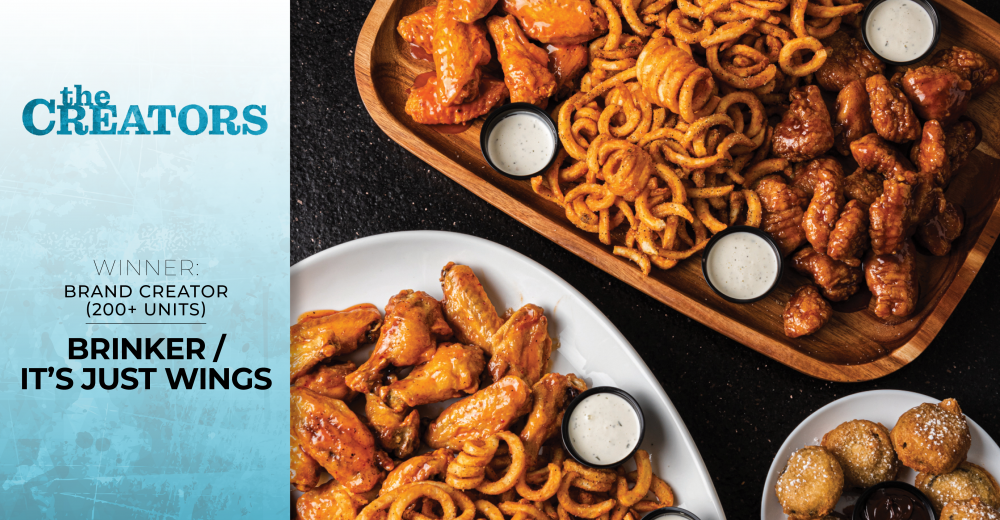 Next Up
What three days of diversity, leadership and food look like
Start Slideshow ›