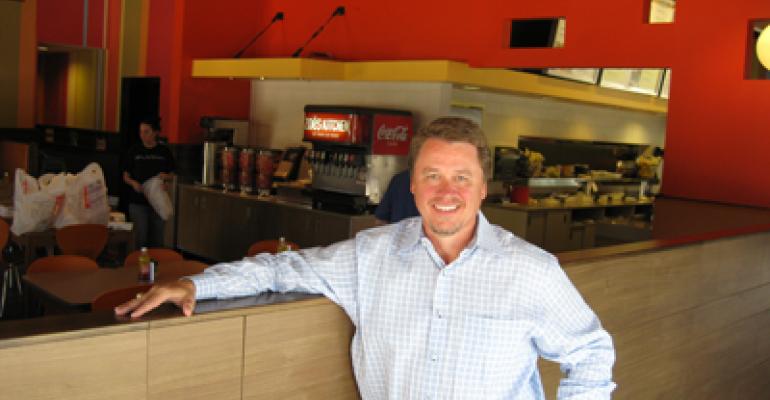 Fast-casual chain plans to use growth funding to expand operations

The 55-unit fast-casual Mediterranean chain, based in Birmingham, Ala., is a division of Brentwood Associates, a private-equity firm based in Los Angeles.

“Our deep relationship with both Brentwood and Zoës allowed us to quickly and efficiently deliver a financing facility to address the objectives of the company,” Rick Thompson, senior vice president of GE Capital Franchise Finance, said in a statement. The funding was provided through GE Capital’s bank affiliate, GE Capital Financial Inc.

Kevin Miles, Zoës Kitchen president, said in an interview with Nation’s Restaurant News in August that the chain planned to have 60 units open by year’s end.

At the time, Miles said Zoës was looking to expand, but in a limited geographic area, intending to become a bigger regional brand.

“Our focus is from Dallas to D.C., through that Southeastern corridor,” he said.

Zoës, which has an average check of around $9.50, was also starting to look at non-traditional sites, having recently opened a unit in a football stadium.

Financing was less of a hurdle for growth than real estate, Miles said.

“With the economy the way it was, developers stopped developing new dirt, so we are sitting here with not a lot of inventory,” he said. “Those concepts that weathered the economic storm are entrenched in their markets, but there isn’t a whole lot of location-location-location as we look. We are turning over a lot of rocks. There’s a little bit of new stuff coming on, but not a lot.”

Zoës currently has 43 company-owned and 12 franchised units in six states.