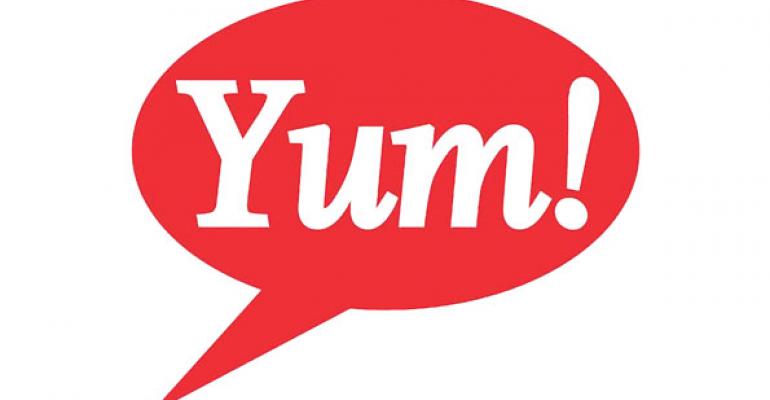 Yum! Brands Inc. said on Wednesday that its profits increased in the first quarter ended March 19 as operating profit at its key China unit surged 35 percent, and all three of its brands reported same-store sales growth.

“I’m very pleased with our results in the first quarter,” Yum CEO Greg Greed said in a statement.

Creed in particular cited the performance of Pizza Hut, where same-store sales increased 5 percent in the U.S. in the first quarter and 3 percent worldwide. The brand had been struggling to gain sales momentum in recent years amid intense competition domestically.

But China remains paramount. The company operates more than 7,200 of its more than 42,000 locations in that country, yet China for now represents more than half of company revenue. Operating profit rose 35 percent to $256 million from $190 million, but excluding foreign currency translation that increase was 42 percent.

Yum is preparing to spin off its China business, which would then operate as a franchisee of Yum! Brands. But the company has also reportedly looked into selling a portion of that operation.

Same-store sales in the China market increased 6 percent, due largely to a 12-percent increase at KFC, but offset by a same-store sales decline of 12 percent at Pizza Hut there. Creed noted that KFC generated sales in part through a Chinese New Year bucket promotion.

“This is a transformational year for our company as we remain on track to finalize the separation of our China business by year end,” Creed said.

Correction: April 20, 2016 An earlier version of this story misidentified the quarter that Yum! Brands reported on.