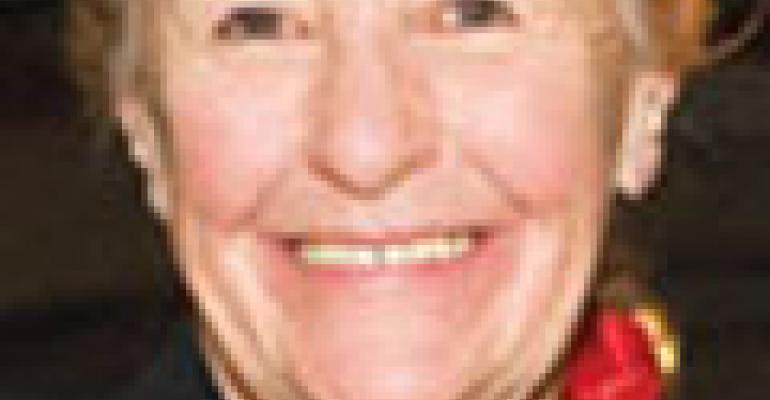 Abum ankle finally put an end to Jennifer Williams’ 45-year career as a waitress at Lawry’s The Prime Rib in Beverly Hills, Calif. If not for that, the 71-year-old would continue to wear the server’s white bonnet, push around the silver carts of roast beef and meet customers from all over the world. Williams and three other longtime employees were honored recently for their service at the original Lawry’s. The other honorees were dining room assistant Julio Sotomayor, 29 years; prep cook Salvador Castaneda, also 29 years; and captain Hayden Fleming, 20 years. Williams, who is called “Feathers” by her co-workers, almost didn’t attend the retirement party. She feared she would get too emotional and cry, which she did. Originally from Scotland, Williams came to the United States in 1961 to work as au pair in Cincinnati, but quickly found she was not suited for babysitting. She worked as a personal chef, then as a waitress. When she bought a car, she headed west for Hollywood.

How did you wind up at Lawry’s?

I worked with a girl who used to work at Lawry’s part time. She suggested I work there. I interviewed with the manager for six hours. It was just a waitressing job, but he was very fussy about it. He wanted to hire someone who would be compatible with everyone else.

Why did you stay so long at Lawry’s?

It’s like a big family there. Everyone helps each other; everyone gets along.

I worked at night and had the whole day off. And I always had money in my pocket. And I met all these wonderful people from all over the world. Only a few weren’t nice.

Did you ever meet anyone famous at Lawry’s?

The recession has a lot of people cutting back on dining out. What advice would you give servers who are seeing their tips dwindle?

You have to smile. Don’t come to the table with a grumpy face. You have to like people and like getting to know people, and not just go for the money. And save your money. Don’t spend it all. Declare all of your tips. I always did. That’s why my Social Security is so good.