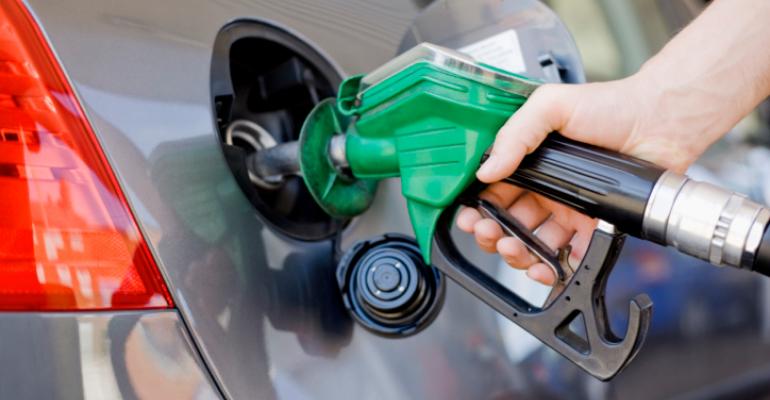 Quick-service chains to feel the pinch the most, NPD analyst says

With gas prices on the rise, many restaurant operators are bracing for a replay of 2008, when sustained high fuel prices cut into consumers’ discretionary spending.

The national average price for gas rose to $3.471 a gallon Friday, according to AAA, and a gallon of gas hit $4 in Chicago and California this week.

Uncertainty over the world’s oil supply, made worse by ongoing conflict in Libya and the Middle East, probably will drive prices higher in the near term, said David Portalatin, motor fuels analyst with The NPD Group. However, he said, the national hand wringing at the prospect of $5-per-gallon gasoline is overblown, as consumers respond to high prices by moderating their driving habits.

Until that balance is achieved, restaurants that target on-the-go consumers like quick-service chains and eateries located near shopping centers will feel the pinch acutely, Portalatin said. He spoke with Nation’s Restaurant News on Friday about how consumers react when they start feeling pain at the pump.

What do spikes in gas prices do to consumer behavior?

The consumers have already shown us their tolerance for $4-per-gallon gas: There isn’t one. Supply and demand will flex its muscle at some point, and we’re likely to start seeing that now. Consumers change their behavior at $3 a gallon, and we’re 12 weeks beyond that point now. It’s real money, and it adds up very quickly. We estimate that consumers have shifted $14 billion more into the gas tank so far this year, compared with a year earlier.

It has to come from somewhere, and it’s coming from savings, or from discretionary spending from other places, or from a credit card. But consumers have been paying down their revolving-credit debts while they’re going to work and trying to survive. If they’re putting gas on their credit cards, that has longer-term implications [on their ability to spend].

In 2008, the last time we saw this rise from $3 gas to $4 gas, consumers reduced their driving by 34 billion miles. Forty-nine percent did so by canceling or consolidating shopping trips, 29 percent canceled or modified vacation plans, and 25 percent found different transportation like mass transit, walking or car-pooling.

What does that mean for restaurant operators?

The implications are big for quick-service restaurants and more convenience-oriented retail outlets directed for consumers on the go. If [consumers] are on the go less, those occasions are at risk. The more dollars going in the tank is fewer dollars to go to other places. Something has to give, so consumers will reduce their driving or reduce their spending in other areas.

We cover the consumer more than we do the commodities market, but higher fuel costs certainly affect the entire supply chain.

What if Americans just reduce their driving?

Our entire retail infrastructure is dependent upon Americans driving alone in their vehicles to work and home every day. Spending less time in the car means fewer retail trips for a variety of shopping channels. Retail locations of any kind where the key driver in the value proposition is location and convenience won’t have customers on the go as much, so there’s a direct impact to restaurants.

Can anything stop the runaway fuel cost inflation?

You cannot discount the effect of good old-fashioned supply and demand. Look what happened in 2008: $4-per-gallon gas didn’t last long. We reduced our driving, fuel demand fell dramatically and prices went with it. You hear people talking about $5 gas, but we won’t get there this year, because the consumers wouldn’t tolerate that. Most people don’t stop their driving altogether, but they find ways to moderate their travel.

Does having a psychological barrier like $4 for gas back in the headlines make it harder to get supply and demand back to equilibrium?

In 2008, prices peaked in the last week of June, at an average of $4.15 nationally. But by Nov. 1, we were back below $2.50, a pretty dramatic decline. Similar declines are possible, but we no longer have the initial shock of $3 gas we had then, and consumers may be more conditioned to that level and more accepting of it.

Whatever the psychological price points are, they change and evolve over time. If you go back to the recessions of 1979 and 1982, the big barrier there was $1-per-gallon gasoline, which if adjusted for inflation, is about $3 a gallon today. Sometimes we make too much of that barrier, when the reality is there are real economic effects if it’s costing you 20 percent more to fill up your car than a year ago.