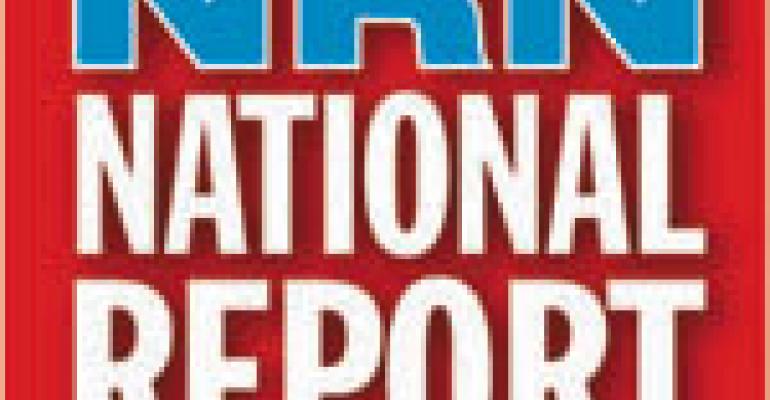 Deflation in commercial-lease rates and a swelling inventory of vacant retail properties are allowing many restaurant chains to keep expanding in spite of the nation’s gloomy economic outlook.

Relatively unimpeded by the financial crisis, some mature brands and midtier growth concepts with strong balance sheets say they are in the driver’s seat for the first time in years when it comes to picking sites and winning concessions from landlords.

Shopping malls and so-called lifestyle centers are one retail arena where chain operators wield greater bargaining power. With dozens of high-profile, big-ticket retail centers bludgeoned by the credit crisis and besieged by vacancies, some operators claim they are positioned better to influence lease terms.

Even midtier growth concepts, such as the Stevi B’s pizza buffet chain, note they are having a say when it comes to negotiating sites.

“I wouldn’t say there is a wholesale change in commercial rentals, but I would say we are seeing some historic cracks in the way things used to be or used to get done,” said Mark Dufton, who leads the restaurant division of DJM Realty in Boston. “A good example is that we are seeing landlords consider rent restructurings [for distressed tenants] for the first time in a significant number of years. For years, landlords were deaf to this.

“But they are far more welcoming about restructuring leases, they are asking lower rates and they are doing everything they can to help tenants with good track records find ways to keep them on the premises. They want to shore up their positions and stop the vacancies.”

While some businesses are sitting on the sidelines sobered by the emerging reality that it may take a long time before the federal government’s $700 billion investment in the banking industry loosens up commercial credit, several foodservice operators remain in the expansion game buoyed by their growing power with landlords and the proliferation of choice sites to pursue. Officials at Chicago-based Technomic Inc. project that more than 1,000 casual-dining restaurants will close in the next 12 months.

Tampa, Fla.-based Beef ‘O’ Brady’s is among those brands taking advantage of the environment. The company operates or has joint-venture relationships in four of the chain’s approximately 260 family-oriented, full-service sports bar restaurants, most of which are concentrated in the South, Southeast and Mid-Atlantic. But president Nick Vojnovic said the company has a signed a letter of intent to acquire a closed Applebee’s in Bangor, Maine, making it the first unit for the brand in New England.

“It’s perfect for us,” Vojnovic said. “It’s practically a brand new store, too. Applebee’s only operated it for one year before they shut it down.”

Noting that the typical Beef ‘O’ Brady’s is about 3,000 square feet, Vojnovic said the company is examining the viability of making deals on another four or five shuttered restaurants, including in former Applebee’s or Bennigan’s sites.

In the meantime, Vojnovic said, his brand has struck pay dirt working deals with hotels and resorts that want branded full-service operators to replace their ailing proprietary concepts. Three such deals are nearing completion with the Best Western discount lodging chain and a Trade Winds Resort property, he said.

Of the 50 new outlets Beef ‘O’ Brady’s opens annually, Vojnovic estimated that 10 or more would be opened in shuttered restaurants with comparable footprints.

He said most of the deals are being financed with bankers approved to do Small Business Administration loans.

“We’re very aggressive,” he said. “Who knows when we might have these kinds of opportunities again?

“We’re telling our franchisees to sit tight if they see a site they’re interested in and talk to the landlords first. Why spend for a new facility when we can get it on the cheap and open it six months quicker instead of in a year?”

Also benefiting from the shake-out are the 500-unit Buffalo Wild Wings sports-theme, full-service chicken wing chain, based in Minneapolis; Brinker International’s 46-unit Maggiano’s Little Italy chain; and the 140-unit Cheesecake Factory chain, headquartered in Calabasas Hills, Calif. Each has been enjoying rent abatements or lucrative tenant allowances from shopping mall landlords and other commercial property owners, either to keep the lucrative brands happy or to lure them aboard as anchor tenants, brokers say.

People used to go to shopping centers to shop first and eat later, but now they see the restaurant anchor as destination dining and may not intend to shop at all, said Steve Frishman, principal of Chicago-based Mid-America Real Estate Group, a real estate consulting firm and brokerage.

“This may not apply to large, enclosed regional malls, but when it comes to these upscale lifestyle centers, what I’m seeing is that the developers are courting the restaurant chain du jour, be it P.F. Chang’s, Cheesecake Factory, Maggiano’s or White Chocolate Grill, to anchor the marquee spaces in the front of the mall,” he said. “Spaces that would have been held for Macy’s, Bloomingdale’s and others are being subdivided for foodservice.”

The courted operators “are getting sweetheart deals, big allowances [and] low risk,” he added, “and the developer gets the sexy name to attract customers and put his center on the map.”

Some landlords still are playing hardball, however, said Bobby Fitzgerald, president of The White Chocolate Grill, a four-unit casual-dining chain based in Scottsdale, Ariz., with a $25 check average. The company recently restructured its lending facilities with Bank of America to continue to grow at a rate of about two to three new stores a year. The newest White Chocolate Grill opened a few weeks ago right outside an upscale mall in suburban Denver.

Fitzgerald, who prefers to build new restaurants rather than convert existing ones, has traveled the country looking at abandoned Bennigan’s outlets without much luck. Although he said he saw one in Rockville, Md., that matched his brand’s physical requirements, the quality of most available parcels for conversion leaves a lot to be desired and landlords don’t appear eager to make deals.

“It’s a ton of restaurant space out there, but there are more quality operators than there are quality spaces,” he said. “And, it seems to me, every time a quality space comes available, it’s the landlord who is sitting back doing the picking.”

But Jordan Krolick, a veteran McDonald’s and Arby’s real estate strategy and site selection executive who was recently named president and chief executive of 25-unit, 10-year-old Stevi B’s Pizza, which is owned by Argonne Capital, believes landlords are more accommodating.

Krolick, who said Atlanta-based Stevi B’s prefers to open in strip centers, ideally in end-caps, has seen rental rates drop from $25 per square foot to $17 in recent months. Such drops enabled Krolick to sell a 10-unit Stevi B’s franchise to an IHOP operator recently, he added.

“With our price point and quality, we drive traffic to strip centers, and landlords like concepts that drive traffic,” Krolick said. “We get 4,000 customer visits a week—families, kids, office-workers. Landlords love that kind of traffic.”