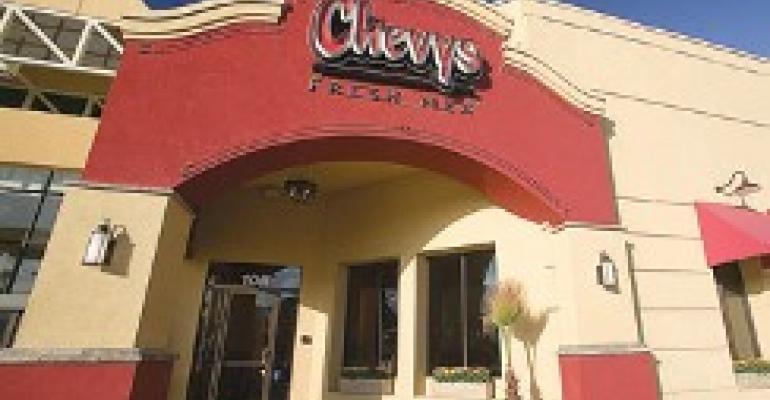 When chief financial officer Steve Tanner looked at the numbers, he knew that Real Mex Restaurants needed to work out a new deal with its landlord for the leased Acapulco location in Portland, Ore.—and fast.

That branch of the industry’s largest Mexican casual-dining system was posting negative cash flow of more than $200,000 a year—eight times the amount that makes Real Mex’s veteran CFO put a restaurant on his watch list. So Tanner called Tom Mullaney, a partner in Huntley, Mullaney, Spargo & Sullivan, to help stem the red ink.

Mullaney, whose company specializes in restructurings and turnarounds and has developed a reputation as a lease renegotiation ombudsman-for-hire, surveyed the restaurant’s Portland neighborhood and devised a plan. He then convinced the property owner that high-rise condos made more sense than a restaurant at the Acapulco outpost’s water-front location. Mullaney also found a developer willing to pay a price the owner liked. As part of the deal, the restaurant’s lease was terminated.

“That was clearly one of the big wins,” Tanner says of the transaction, which closed in 2006.

Real Mex is one of a growing group of restaurant operators that are responding to the weak economy by proactively renegotiating leases before they come up for renewal. While many restaurateurs may think Chapter 11 bankruptcy provides the only means for voiding an in-force lease or obtaining more favorable terms, tenants have found they can leverage market metrics and strategic alternatives to open up a range of options for winning midterm concessions from landlords.

Among the potential outcomes from such negotiations are reduced rent, lease extensions with the same total payment, capital infusions for improvements, permission to sublease space, or even an outright waiver of the lease.

One upside to the economic crunch that has already landed multichain operators Buffets Holdings Inc. and Vicorp Restaurants Inc. in bankruptcy court this year is the shielding of distressed locations from lease default proceedings and the prospects that untenable leases can be shed or modified favorably under a debtor-in-possession reorganization.

But distressed operators who don’t opt to petition for bankruptcy protection from creditors also may have greater negotiating power than they realize with regard to troubled locations. That’s true especially among landlords who want to avoid the possibility that their properties could be tied up in prolonged Chapter 11 court proceedings if a tenant were driven into bankruptcy by negative cash flow.

“If their lawyers tell them, ‘You have a lease, you can’t do anything,’ that’s not correct,” Mullaney says. “You absolutely can, and with the economy where it is now, in bad shape and getting worse, the landlord community will be more receptive than normal to efforts for rent reduction.”

That said, the process requires care and finesse, Mullaney acknowledges. Given how tricky such negotiations can be, and the need to quickly deal with troubled stores, many companies turn to specialists such as Mullaney’s firm, which has offices in California and Illinois, or others, such as DJM Realty, an advisory firm with offices nationwide.

Regardless of who handles the negotiations, operators should first evaluate their financial status and determine which leases are truly problematic, renegotiation experts advise. Metrics vary, but Mullaney recommends targeting any store with negative cash flow, or with occupancy costs higher than 10 percent of sales. It’s also crucial to ensure that there are no other related costs to target for reductions before contacting a landlord, he says.

The next step involves creating a reasonable proposal. It should include several years of income statements and balance sheets, to show the trends and what needs to change for the store to reach profitability. In addition, the operator should suggest possibilities, such as a rent reduction of 10 percent to 15 percent that would be paid back once revenues improve. Another possibility would be to keep the rent flat, even defer rents in order to fund remodeling.

“If it’s handled properly and really is something that you’re feeling, as opposed to just an opportunity to steal some rent back, then smart landlords will look favorably,” says Jeffrey Roseman, executive vice president at Newmark Knight Frank Retail, a brokerage, consulting and management firm based in New York.

Landlords may still refuse to renegotiate, however. Before attempting to open up talks, operators need to consider how far they want to push the issue and whether they are willing to close a location. Mullaney says that, outside of bankruptcy court, there are three ways to exit a lease: buy it out, sublease the space or fight the landlord. Every operator has the option in a lease to default on the rent and close the location, while landlords in turn have rights and legal remedies for collection of lease obligations.

It’s not essential to check with an attorney before talking with a landlord about modifying a lease, but any operator who plans to pick a fight ought to consult with legal counsel first, Mullaney advises, because such battles are very risky and can be costly.

“In the event of a default, you need to carefully do the math on that and what would happen if there was a lawsuit and a court judgment in favor of the landlord,” Mullaney says.

Whatever the level of negotiations, some operators prefer to have an outsider play bad cop.

Despite the weak economy, Panda Express is still expanding, though less aggressively. However, the chain of 1,083 Panda Express locations is also reviewing 20 to 30 money-losing branches that have been open more than 18 months. Rather than have the company’s own real estate team attempt to handle both the expansion and troubleshooting fronts, Kim Ellis, senior vice president of real estate for Rosemead, Calif.-based Panda Restaurant Group, turned to Mullaney.

“Here we are growing stores, and maybe some of their same landlords we also have underperforming assets with,” Ellis says. “I don’t think we [would] be able to negotiate effectively, come to you and say, on one hand, Mr. Landlord, I need to negotiate a rental reduction in an impaired asset over here, while telling you how strong our brand is and I want to do another deal over there.”

For restaurant executives like Ellis and Tanner, the expertise of someone like Mullaney justifies the cost by bringing in an outside firm to resolve lease troubles, sometimes in as little as two or three months.

Tanner says Real Mex usually pays Mullaney’s firm a success fee. That reduces the company’s risk and inspires Huntley, Mullaney to devise a workable deal so it can get paid.

Especially in a climate of multiple economic stresses from rising overhead and restrained consumer spending, the added burden of unsustainable occupancy costs can pose crippling burdens for restaurant operators that may only grow with each passing week, unless resolved.