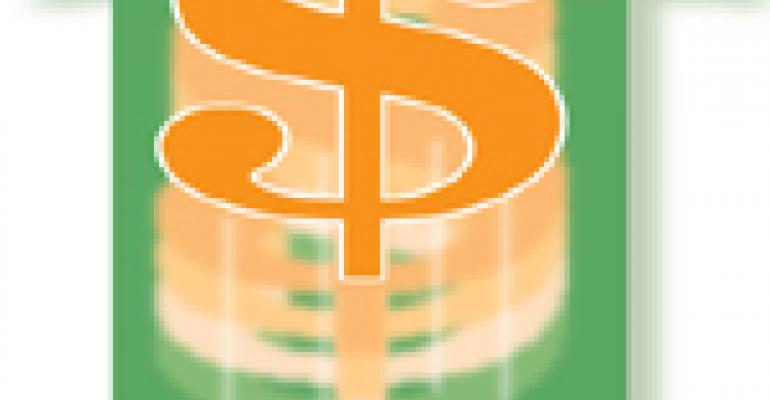 Even as Congress debates the details of a widely supported bill to increase the federal minimum wage, restaurant operators are preparing for what they see as the inevitable ripple effect of considerably higher labor costs—namely, increased menu prices, staff reductions and altered operating hours.

While 28 states already have a minimum wage above the current federal baseline of $5.15 per hour, only eight states have a minimum wage at or above the projected new minimum of $7.25 per hour. But even though most restaurateurs acknowledge that they now pay well above the federal minimum because of stiff competition for labor, they say an increase to the baseline federal wage nonetheless would cause wage inflation across the board, resulting in slimmer margins and a further stiffening of the already tight labor market.

“Anybody that is nonchalant and says [an increased federal wage] doesn’t have an impact, isn’t paying attention,” said John A. Pryor, president and chief executive of Menomonee Falls, Wis.-based Cousins Subs Systems Inc. “It is not just about corporate stores either, but it also has significant implications to your franchisees.”

An increased federal wage is expected to affect most severely restaurants that operate in the 22 mostly Midwestern and Southeastern states that have a minimum wage of just $5.15 per hour. Those operators will have the biggest stretch to match the anticipated $7.25 per hour minimum.

Cousins Subs, which operates or franchises 158 sandwich shops in 12 states throughout the Midwest and West, is based near Milwaukee. Its home state currently has a minimum wage of $6.50. Pryor said Cousins Subs pays above that state wage, especially to attract the best talent and longer-term employees. It does use the minimum wage as a training wage, however, and during the period when the employer and employee are “feeling each other out,” Pryor said.

But the prospect of an 11.5-percent boost in base pay has led Cousins Subs to evaluate its procedures and to debate menu price increases for consumers, Pryor said.

“We have studied our costs system, and we’re looking at managing labor in the most productive way,” he said. “We’re evaluating splitting shifts [and] our opening and closing techniques, all to gain more productivity.”

As for menu price increases, they would have to be staged, Pryor said, as it is unclear how consumers would react to higher prices.

At other restaurant companies the decision to raise menu prices already has been made.

Jack in the Box Inc., which operates and franchises more than 2,000 namesake quick-service restaurants in 17 states and more than 300 Qdoba Mexican Grill units in 40 states, said it would offset increases to minimum wages through slight pricing adjustments at its restaurants. Kathleen Anthony, a spokeswoman for the San Diego-based company, said the menu price increases would be “less than a quarter of one percent.”

California Pizza Kitchen Inc., a Los Angeles-based operator of more than 200 namesake dinnerhouses, said it would take a 4-percent menu price increase to offset minimum-wage pressures from the various states that already have boosted their baseline wages thus far in 2007. The company said it would face about $3.2 million, or 10 cents per share, in incremental labor costs this fiscal year. It could face an additional 3 cents to 4 cents of per-share-earnings pressure if and when the federal minimum wage is raised, it said.

Louisville, Ky.-based Texas Roadhouse Inc. said its labor costs would increase as much as 5.5 percent this year versus 2006, mainly because of changes in wages. The mostly corporate-operated Texas Roadhouse chain has about 251 restaurants in 43 states. The company already raised menu prices 2.5 percent in October to offset increased labor and food costs. An additional 1.6-percent menu price hike was taken in January, the company said.

“We do not like to take price increases unless we absolutely have to,” G.J. Hart, the company’s chief executive, said last month. “We’ll have to see how everything shakes out.”

At press time, the U.S. Senate was working to add tax relief amendments to a House bill that was passed in January and would increase the federal minimum-wage rate from its current level of $5.15 per hour to $7.25 per hour over three staged increases over 26 months from the time it is enacted. Published reports have indicated that the Senate’s sweeteners are expected to include an acceleration of the depreciation write-off for newly constructed restaurants and an extension of the accelerated schedule for renovations—two stipulations the restaurant industry has lobbied heavily to pass.

President Bush has indicated that he would sign a bill that included tax relief to help small businesses offset a minimum-wage hike, and most observers agree the increase could be enacted as soon as this month or within the first quarter.

Elway’s Colorado Steakhouse raised its entrée prices Jan. 2, the day after the voter-approved minimum-wage hike went into effect in Colorado. The hourly wage jumped 33 percent from $5.15 to $6.85, and the cash wage for tipped employees surged 80 percent from $2.13 to $3.83.

“This wasn’t to increase our profit margin, it was to stay neutral,” said Tom Moxcey, general manager of the upscale restaurant in the Cherry Creek neighborhood of Denver.

Goose Sorenson, chef-owner of Solera in Denver, said he likely would raise his menu prices when he changes his menu this spring.

“The corporate guys can suck up that expense when you have a jump like that in pay,” said Sorenson, whose 65-seat neighborhood restaurant celebrated its fifth anniversary in December. “It’s harder for a little guy like me. We’re going to have to pass it on. I’m not against people making more money, but I have to make money, too.”

Dina Berta contributed to this report