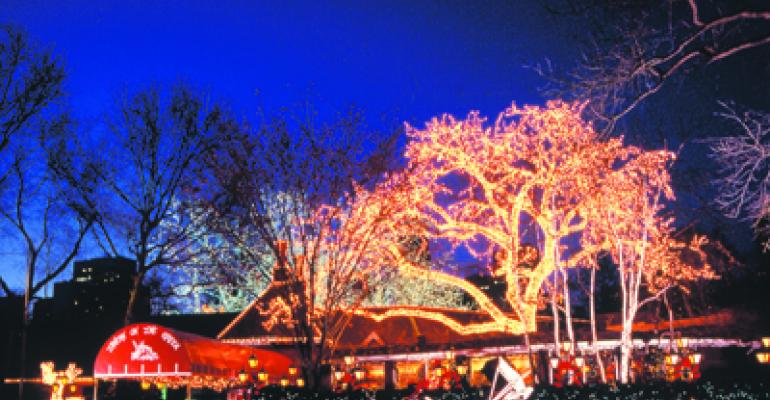 Tavern on the Green to expand as chain

A charity-based licensing firm won the bid Wednesday for the intellectual property rights of the shuttered Tavern on the Green restaurant, enabling it to expand the iconic Central Park New York establishment into a chain.

Headed by Lou Bivona, New Jersey-based Tavern International LLC agreed to pay $1.3 million for the trademark rights that will allow it to license Tavern on the Green restaurants in other parts of the United States and around the world. The company also plans to produce a line of branded retail products.

Although Tavern International owns the rights to the name, it is restricted from opening locations in New York, Connecticut, New Jersey and a section of Pennsylvania — the rights of which continue to be held by the City of New York.

Crain’s New York Business this week said the city Parks Department is exploring options for the Central Park space, which could entail finding an operator who would reopen and run the original restaurant, which has been shuttered since 2010.

At its peak, Tavern on the Green was said to be the highest-grossing restaurant in the United States, generating annual sales in excess of $38 million.

Bivona — who has had a license to distribute Tavern on the Green-branded salad dressings, oils and marinades under the name Tavern Direct since 2007 — said he also plans to bid on the operating rights for the New York City restaurant.

Meanwhile, Bivona is working with Michael Desidero, formerly Tavern on the Green’s chief operating officer, to chart the brand’s growth. Desidero, who spent 13 years working for Tavern’s previous operator, Warner LeRoy and later his family, said the company already has been contacted by potential licensees in the United Kingdom, the Middle East, California and Las Vegas.

Bivona said he would like to license 16 restaurants in the next five years.

To maintain quality control, Tavern International likely would develop a training program to be conducted at one or two of the first Tavern restaurants. “We would want to make sure the brand integrity is not being compromised,” Desidero said. “It is one of the most well-branded restaurant names in the world.”

Desidero also said the licensed Taverns, which would seat 300 to 500 customers, would have to resemble the original in some ways.

“They would need to have ‘that magical wow factor’ that the original had,” he said. “Whether you’re talking about the chandeliers, stained glass or lights flickering in the garden, they can’t be ordinary restaurants.”

In addition to licensing new restaurants, Tavern International plans to produce a line of branded products, including flatware, glassware, lighting, and Christmas ornaments, Bivona said. He also expects to add other food products to the line. “It’s all about the emotional connection people have with the restaurant,” he said.

Bivona said his original purpose for acquiring the trademark rights to Tavern on the Green was to help raise funds for the National Center for Missing & Exploited Children, of which he is chairman of the New York branch.

“I came to this with a whole different perspective,” he told Nation’s Restaurant News earlier. “I was searching for a way to fund the charity and saw what Paul Newman was doing with his company.”

All aspects of the business will be linked to the charity, he said.

“You can always make money,” Bivona said, “but you can’t always make a difference in saving a child. That’s the heart of it and why I’m so jazzed.”

The Tavern on the Green rights were sold to help pay off the restaurant’s creditors. The LeRoy family filed for Chapter 11 bankruptcy following the termination of its contract with the City of New York to run Tavern on the Green, and closed the restaurant on Dec. 31, 2009. A U.S. bankruptcy judge converted the case to a Chapter 7 liquidation after creditors requested the change after an auction of the Tavern’s content failed to raise enough money to pay off debt.