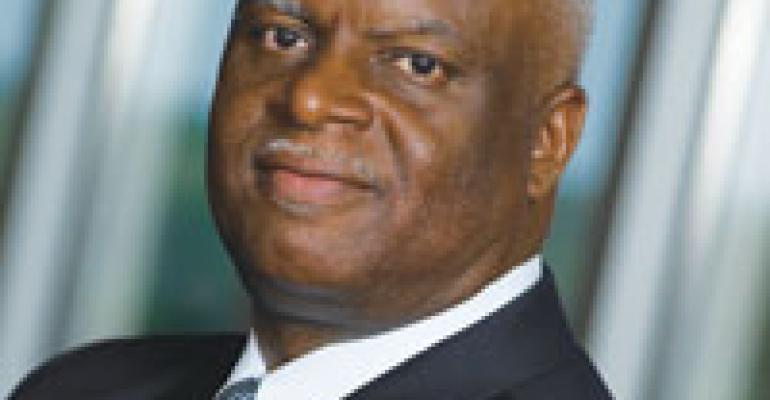 Lisa Howard, an 11-year employee of McDonald’s Corp., doesn’t speak Mandarin or Cantonese, but with the encouragement she received through the fast-food chain’s women’s networking group, she packed her bags last October and moved to Shanghai, China, to become general manager of corporate communications for McDonald’s (China) Co. Ltd.

“It’s been an incredible opportunity for me,” says Howard, who takes a two-hour language class every Saturday. She expects to be in China for a year to 18 months, possibly longer.

Throughout the restaurant industry, companies in all segments have turned to employee network groups, also called affinity groups, to improve management diversity. These internal employee groups are geared to helping minorities in an organization build relationships, gain mentors and develop skills to help them advance in their careers, but they also can improve a company’s culture, making it more open, inclusive and better able to recruit and retain employees, operators report.

While affinity groups exist for black, Hispanic and Asian employees, those for women are usually the first companies establish, and they are becoming more common. According to published reports, women account for slightly more than half of the restaurant industry’s 13 million employees, but less than a third of managers.

“Women have unique challenges in the workforce because, historically, most companies have been male-dominated,” Berkeley says. “With the challenges they have as a career woman, as having a family, as participating in a household with children, we felt it was a wonderful idea to have a sharing network, where they can bring in topic experts who can help them develop in corporate America.”

There also are some sociological factors that underscore the need for networking, some industry observers say.

Women are less likely than men to naturally build relationships with other managers and executives, says Mary Bentley, president of the Women’s Foodservice Forum, a 3,000-plus-member organization that supports the advancement of women in the restaurant industry.

Not having a network can derail a woman from the career track that leads to the executive suite, Bentley says. Being able to network is a skill that is needed early in one’s career.

“The average male executive will have more time carved out of his schedule for networking, whether it’s getting together for lunch or coffee or chatting with a colleague who is not in his department,” she says. “Women tend to believe: For me to do my job well, it’s all about me. If I keep my head down and focus on what I’m doing, I’ll get ahead. Men tend to build a broader web of support than women do.”

Franchise operator Tom Landis, who owns four Pizza Patróns and two Texadelphia quick-service restaurants in the Dallas area, encouraged his female employees, both managers and hourly workers, to form a networking group last year called WAR, Women and Restaurants. Landis hoped it would help his female workers, most of whom are Hispanic, to develop leadership skills and the desire to move up in the company.

“If I would say, ‘Hey Gloria, how would you like to be a manager?’ I’d get almost a laughing response with a ‘surely-not-me’ attitude,” he says. “Or if I said it to Andrea, she’d reply, ‘Are you joking?’ They couldn’t see themselves as managers.”

The WAR group meets once a month, often at her Texadelphia restaurant in Greenville, Texas.

“The men make fun of us when we gather together,” Rodriguez says. “They think we’re joking around, but it is serious for us, that’s why we ignore them.”

In the early stages of establishing a network, some may question the need to create a group that focuses on a single gender or race. Such was the case when McDonald’s female executives starting meeting informally together in the 1970s, said Pat Harris, global chief diversity officer for the more than 30,000-unit hamburger chain.

The group formally became the Women’s Leadership Network, or WLN, in the 1980s. The company has since established minority networking groups for both corporate employees and franchisees. The employee groups have even spun off special-interest networking groups for young professionals, young mothers and others. Harris is now helping McDonald’s female employees form networks in other countries.

“When we started networking here, early on, women questioned, ‘Why do we need to get together? Is it politically correct?’” she recalls. “We’re at that stage now with other women in the world. They are asking, ‘Why are we doing this?’ It’s going through an evolution right now.”

Some women may question the idea of networking with other women, but men do not think the same way, says Bentley from the WFF.

“They go out to coffee with another man, but they are not reflecting on gender,” Bentley says. “I think most women today don’t feel that way either. Women in the WFF are here to become better leaders. That’s why they are involved in the organization. It’s seen as a positive as opposed to a gender bias.”

Networking plays a big part in the WFF, which encourages members to volunteer on committees and attend regional meetings. The organization will hold its annual leadership conference April 13-16 in Washington, D.C. The WFF likely has influenced foodservice operators to establish their own women’s networking groups, Bentley says.

“Every day there are more and more companies we deal with and work with that are forming employee resource, or affinity, groups,” she says.

One WFF sponsor, Darden Restaurants Inc., the Orlando, Fla.-based parent of more than 1,700 casual-dining restaurants, including such brands as Red Lobster, Olive Garden, The Capital Grille and Longhorn Steakhouse, launched its own women’s networking group about five years ago.

“We wanted to acknowledge diversity,” says Jodie Kalmus, a training and development manager who co-chairs Darden’s women’s network group. “We understand at Darden that it’s more than just doing the right thing—it’s critical to our growth, and it’s a core purpose.”

At McDonald’s, the international women’s leadership networks are getting the same support from top management in their countries as the American McDonald’s employees received in Oak Brook, Ill., Harris says.

McDonald’s chief executive, Jim Skinner, and president of U.S. operations, Don Thompson, have always been supportive of the networks, she says. The leadership understands American women have tremendous buying power and female employees are a link to female consumers.

“The value added for the corporation is to continue to use the Women’s Leadership Network to help us in terms of supporting the overall brand,” Harris says.

McDonald’s has increased its number of women employees since establishing its WLN. Women make up 26 percent of McDonald’s officers and 42 percent of directors. In addition, they account for 57 percent of corporate managers, and in the company-owned restaurants, they are 62 percent of managers.

“We’ve seen two women become brand presidents and several more promoted to director,” says Carolyn Stock, senior director of franchise relations and a member of the networking group’s advisory board. “It’s baby steps. I can’t say our network gets all the credit, but I do believe we are helping develop leadership skills among our women.”

Domino’s Pizza Inc. would like to see more representation of women in its ranks, particularly franchisees, so the more than 8,000-unit chain recently launched a women’s network for franchisees.

“Only 8 percent of our franchises are owned by women, and in our corporate stores, 28 percent of general managers are women,” says Patti Wilmot, executive vice president of People First, the human resources department of the Ann Arbor, Mich.-based pizza chain. “This is a huge opportunity to galvanize more women to get together and realize their potential.”

Since the Domino’s women’s network must stretch across the country, much of the interaction will be via the chain’s intranet through Web-based seminars and chat rooms, Wilmot says.

One of the group’s goals is to set up a database of best practices for female franchisees and restaurant managers. The network was the inspiration of Domino’s franchisee Dianne Barrentine, who owns five units in Oxford, Miss.

“This was her vision,” Wilmot says. “She said, ‘I’m very successful, and I want to help as many women who want to be franchisees or are franchisees to be as successful as I am.’ ”

Chief executive David Brandon was supportive and immediately approved of the time and efforts needed to launch the network, Wilmot says.

Networks are largely voluntary organizations, with members putting in extra hours to organize events and speakers. A critical factor for the success of such groups is the support of senior-level management, network members say.

“The WLN provides Morrison the opportunity to support, encourage and develop our female managers, but it also provides a forum to explore ideas on how to better run our company,” says MacLellan, who is the executive sponsor of the Atlanta chapter for the Compass WLN.

Just as MacLellan is involved in the WLN at Morrison, most networking groups strive to have the support of top-level executives. This gives the group legitimacy and can improve participation, says the WFF’s Bentley.

“The senior-most person really and truly needs to support it—to offer financial support, emotional support and to see the value in it,” Bentley says.

Participating in a network is a way for a female employee to seek career development, so it should become expected by supervisors, Bentley adds.

Networking groups are more likely to gain the backing of senior executives if their focus is on the business, says Bridget Tolpa, senior director of corporate human resources at McDonald’s and chairwoman of the company’s WLN.

Discussions and topics go beyond work-life balance and focus more on how to advance your career, while also figuring out how to contribute to McDonald’s corporate strategies, she says.

“We’ll have Jim Skinner being asked questions from women in the audience about their careers and what his recommendations are, but they are also asking him how they can assist him in moving the business forward,” she says.

For Lisa Howard, now a communications manager in China, it was at McDonald’s WLN worldwide conference in August 2007 that she heard Skinner and other senior executives discuss the importance of international experience in their careers.

Her supervisors had suggested the position to her before the conference, and she told them she would think about it.

“Anything the speakers said about international assignments really jumped out at me,” Howard says. “Each was encouraging us to step out of our comfort zone and into another role that would provide a richer diversity learning experience and would add to a person’s portfolio, making them a candidate for future responsibility. It was as if they were speaking to me directly. A bell went off.”

Two months later, she was in Shanghai.