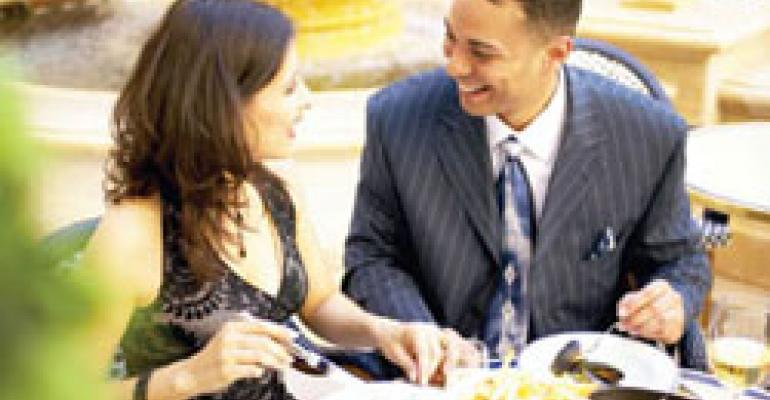 Cash-starved state governments looking to deflate ballooning budget deficits are exploring the introduction of meal taxes and an increase in sales and local tariffs to help offset the effects of the current financial crisis.

Massachusetts, Connecticut, Virginia and North Carolina are some of the states considering the implementation of or increase in taxes that would directly impact foodservice and retail businesses.

In Massachusetts, Gov. Deval Patrick is seeking to close the $2.5 billion gap in his state’s budget with a local meal tax proposal that is likely to pass within the next few months, said Janine Harrod, director of government affairs for the Massachusetts Restaurant Association.

The proposal, introduced in mid-January, would add a meal tax of 2 percent to 3 percent, depending upon the municipality, to the state’s current 5-percent sales tax rate.

Harrod said the pending meal tax would make the business climate even gloomier than projected for struggling restaurateurs. She noted that the proposal is likely to pass given “the dire fiscal straits” many states face today. Thomas Menino, the mayor of Boston, already has come out in support of the measure.

“We feel that restaurateurs have been squeezed so much in the last year, and this would be like having to raise prices 2 percent to 3 percent and then give it all back,” Harrod said. “People are already dining out less. So if you start increasing prices and create [a] disparity [in prices from municipality to municipality] it will create an uneven playing field between the restaurants themselves. This could cause a loss of business.”

Since the economic crash in September 2008, Gov. Patrick has slashed spending and laid off about 1,000 state workers in an attempt to offset Massachusetts’ rising deficit. Published reports indicate that more cuts may occur, including in the police, fire and education departments, as the state looks at a prospective deficit of $4 billion in 2010.

During its January session, Connecticut’s general assembly introduced a bill giving municipalities the right “on a pilot basis” to impose a local tax on hotels, sales or income. The local tax would be charged in addition to Connecticut’s sales tax, which currently is at 6 percent. The general assembly proposed the legislation in an attempt to close the state’s nearly $1 billion deficit for fiscal year 2009.

“Clearly, this opens the door to local sales taxes on any items, which could be meals,” said Bob DeZinno, president of the Connecticut Restaurant Association. “There is a hole in everyone’s budgets—on the federal, state and local levels—and of a whole list of people [to choose from], the hospitality industry is the only group that states and municipalities are trying to grab more tax money from to fill the hole.”

DeZinno added: “If municipalities are allowed to charge a tax, prices in restaurants would be higher there than where the tax doesn’t exist. Customers will then make choices to go elsewhere.”

As a result, he said, adding a local tax would end up being counterproductive in trying to increase revenues.

“No question about it, if a business is faced with a tax hike, it is levied onto the customer,” he said. “Then the [customer] counts go down and revenues go down. In our business last year, wholesale prices went up 9 percent, but we only raised our prices 4 percent. The rest was made up through cost-cutting measures. This will just hurt business.”

In Virginia, where the budget gap exceeds $3 billion, Megan Svajda, director of government relations for the state’s Hospitality & Travel Association, said there has been little legislative action so far, although it is still early in the year. While some counties already have a meal tax in place, the agency currently is monitoring a state bill that could potentially impact the taxes restaurants pay. Svajda said the agency is watching to make sure nothing is added in or taken out that would hurt the industry.

“The economy is so bad, [and] the philosophy of taxing one industry to pay for something else may be great in theory, but it just hurts that industry,” Svajda said. “I do think you will tend to see more counties and localities trying to impose taxes just because they’re not getting as much money from the state, but people are tired of paying out taxes.”

Paul Stone, president and chief executive of the North Carolina Restaurant and Lodging Association, said that while local meal tax legislation in Durham County was defeated in November, he is convinced that another meal tax will be proposed as funding continues to be a challenge.

“They’re going to try again, based on the challenges they’re facing,” Stone said, adding the association would not oppose a locally supported sales tax if it were applied to all retail businesses.

“If everyone pays, we won’t fight it,” he said.

Stone noted that four counties and one municipality in his state already have a 1-percent meal tax and that it has not really affected business.

“But if you look at what’s happening in Virginia and Massachusetts, they’ll have anywhere from a 3-percent to 5-percent tax,” he said. “That’s the road it can take. You start off with a 1-percent tax and go from there. I can tell you that once it gets to be more than 1 percent, it definitely will have an impact.

“Our argument is it simply is not fair. Restaurants alone should not be targeted for this kind of tax.”