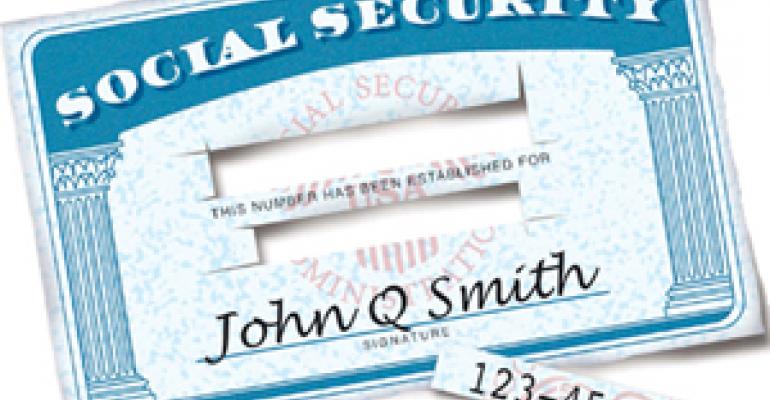 With the Bush administration wielding its clout to seize business records, tap phone calls and eavesdrop on average citizens—all without warrants—restaurant employers are everything from furious to confused to tight-lipped about being drafted into the Department of Homeland Security’s battle against illegal immigration.

Virtually deputized as junior U.S. Border Control agents, restaurateurs and other employers beginning in September must fire new employees who can’t be verified as legal and who can’t resolve within 90 days why their names or Social Security numbers don’t match the government’s database. The requirement illustrates a new range of powers that the Department of Homeland Security has been given to weed out illegal immigrants from the workforce as a national-security precaution since Congress did not pass comprehensive immigration reform.

In an industry that is known to use immigrant labor to blunt its infamously high turnover rate, and with leading restaurant trade groups and executives having long campaigned for quicker and easier ways for immigrants to gain legal status, Homeland Security’s new authority to affect employers’ relationships with employees is causing shockwaves in foodservice.

“This is terrible,” said an outraged multiunit chef-entrepreneur in New York who admitted that his 470-plus-person work-force could include a few improperly documented workers. “What’s next? We lock them up in the walk-ins until Border Control shows up to take them away?”

The Social Security Administration has sent “no-match” letters to employers and workers for years, but employers were responsible only for notifying workers of the discrepancies. Under the new rule, employers who do not fire newly hired workers upon notification could be fined $250 to $10,000 per illegal worker. That would represent a 25-percent boost in previous fines.

The agency said it plans to send out about 15,000 no-match letters a week to businesses over a two-month period.

An estimated 12 million illegal immigrants live in the United States, including 1.4 million believed to hold foodservice jobs. Restaurant employers say they resent the suspicions being cast on a vital pool of labor.

“I always thought immigration checks and border control and related issues like that were the role of law enforcement,” said Devona Haslam, director of human relations for the 150-unit Mazzio’s Pizza chain in Tulsa, Okla., one of many cities and states that have passed or are debating employer penalties for knowingly employing illegal immigrants.

“Immigration is such a hot issue out here, and folks are definitely focused on it,” Haslam said. “But since when do I, a private employer, have to do government’s job? We just got hit with a minimum-wage increase that’s costing us more money. Now we have to invest even more resources into proving that our employees are who they say they are? It’s so frustrating spending money on functions you thought your tax dollars took care of.”

Homeland Security officials say operator anger over the new no-match rules is unmerited. They say what they are asking operators to do is no different than a bartender asking a patron who looks too young to order alcohol to produce a valid I.D., as it protects the business, the patron and society.

“What we’re doing now is making it abundantly clear that if you have an employee without a valid Social Security number, you, the employer, are going to have to take the appropriate action as called for by law,” Nur Valdez said. “For too long employers have ignored no-match letters. Those days are over.”

She acknowledged that people change their names, that clerical errors happen or that people can have similar names. But she insisted that those kinds of errors can be easily resolved.

“First off, we are only talking about new hires,” she said. “This is not some retroactive policy.

But Jennifer C. Chang, a San Francisco-based attorney for the American Civil Liberties Union, said having Homeland Security enforce no-match regulation is a chilling development in the employer-employee relationship and that it will have unintended consequences.

“Although everyone agrees that our immigration system is broken, the ACLU believes that the Department of Homeland Security’s new regulation is no solution at all,” she said. “The new regulation may depart from the statutory requirements set out by Congress and is likely to impinge on civil rights by causing heightened discrimination against immigrant workers.

“The ACLU is most concerned that the new rules will have a disproportionate impact on lawful-immigrant workers and U.S. citizens with immigrant backgrounds. In many cases, no-match letters are caused by human error—typographical errors in the Social Security number and mistakes as to date of birth or the spelling of a name. These mistakes are far more common for immigrants, who tend to have names that sound foreign or are difficult to spell or … who have compound names.”

Given the raw political sensitivities and the inherent divisiveness immigration debates incite, many big-brand restaurant companies did not want to discuss immigration control as a function of their human resources departments.

In Applebee’s case, a human resources executive said the company’s position on the topic is whatever the National Restaurant Association advocates.

The NRA has indicated that when Congress failed to pass comprehensive immigration reform this past June, the door was opened for Homeland Security to take matters into its own hands. Congressional inaction also gave the green light to cities and states to enact laws to punish employers who hire undocumented workers, an NRA official said.

William Whitman, a McDonald’s spokesman, said: “Immi-grants have contributed to the growth and prosperity of our nation, and they deserve to be treated with dignity and respect. Immigration reform is a complex issue. It’s an important issue for many of our employees, owner-operators and suppliers.

“We encourage those who share our belief that the laws need to be changed to protect employees, employers and our nation to contact Congress and let your voice be heard.”

Kevin Donnellon, a spokesman for the Scottsdale, Ariz.-based Cold Stone Creamery chain, said no-match regulation would have little to no impact on the company. But he says the official position of the company is to support the country’s laws and regulations, and the company encourages its franchisees to do likewise.

Marty Calcagno, Minneapolis-based director of human resources for the 152-unit Famous Dave’s barbecue chain, said that when the SSA informed it years ago that workers on its payroll had Social Security numbers that didn’t match official records, the company was warned that it could not take any punitive action against them.

Instead, Calcagno recalled, the SSA wanted the company to make the employees aware that the government knew their Social Security numbers were not correct.

Calcagno said that as recently as last year, an online service of the Social Security Administration enabled employers and employees to settle discrepancies.

“But I don’t like this new answer to the problem,” he said. “Everybody is doing the best they can. I think it is to our company’s credit that we try to resolve this matter with new associates as soon as possible. But the government appears to really be ramping it up.”

“This is the same thing they did 60 years ago in Nazi Germany,” said the New York chef-entrepreneur who requested anonymity. “Hitler and his cronies forced companies to fire Jews, and if they didn’t, it was far more than a job or a business that was lost.”

Saru Jayaraman, president of the Restaurant Opportunities Center of New York, a restaurant employee activist group founded to aid immigrant servers and cooks who had worked at the World Trade Center, called the oversight by Homeland Security “idiotic.”

“This was such a stupid move on the part of the Bush administration,” she said. “It’s going to hurt the industry, the workers and the customers.

“It’s already been documented that maybe as much as 40 percent of New York’s restaurant scene is undocumented. So what is it going to solve or help?”

While not quite as strident, Terrence DeFranco, chief executive of Edentity, a firm specializing in identity theft prevention in Bethlehem, Pa., agreed with Jayaraman.

In a phone interview from London, where he was consulting with British authorities on similar national-identity-card fraud issues, DeFranco asserted that the trade in fake Social Security numbers inadvertently helps the worker retirement system.

He said some good comes out of the underground trade in false Social Security identities because the FICA taxes that employers pay on those accounts, and the amounts withheld from illicit workers’ pay, cannot be redeemed by those employees. Those taxes, he said, have contributed more than $300 million to a reserve fund that government accountants actually depend on to help keep the system in the black.

DeFranco added that buying, selling and stealing Social Security numbers is a lucrative criminal enterprise. He said he once investigated a case in which a single card had 337 names attached to it.