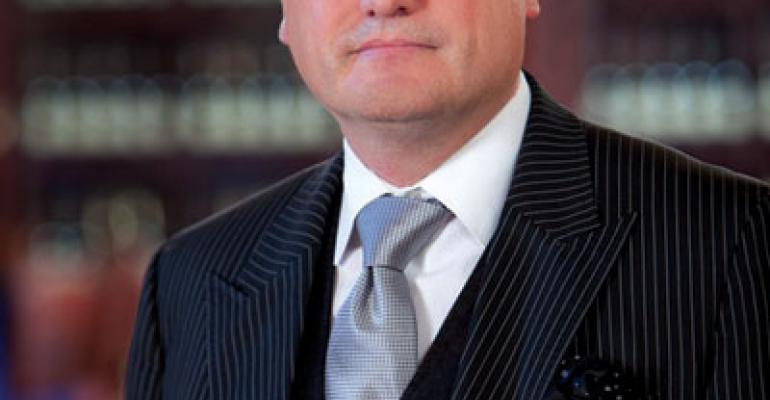 Editor's Note: A previous version of this story has been updated to correct the spelling of Michael Feighery's and Kim Guigere-Lapine's last names. Ms. Guigere-Lapine's job title has also been corrected.

Smith & Wollensky is opening a steakhouse at Boston’s Atlantic Wharf this month, the nine-unit chain’s first new restaurant since it was acquired by Boston-based Bunker Hill Capital in 2007.

Company president Michael Feighery said he expects the new restaurant to be the first of several to open in the coming years, now that the company has completed its reorganization and the establishment of corporate headquarters in Boston.

Before then, “We were pretty all over the place. We didn’t really have a corporate headquarters,” Feighery said.

The new home base includes the offices of Feighery, a chief financial officer, the payroll and accounting departments, and the holders of three new positions.

Stuart Roy, a veteran of Caesars Palace in Las Vegas, has been hired as wine and spirits director.

Feighery said private dining now accounts for 18 percent to 20 percent of business at the steakhouses, up from 8 percent to 10 percent five years ago.

“We were basically an à la carte dining [destination] for many years,” Feighery said.

But from seeing the direction of steakhouse dining changing, he said they needed someone to work on growing business to big, national institutions, and to expand by developing a more robust wine and spirits program.

“We have onsite sales representatives in each location, and we really wanted to go out there and promote the brand and point out that we have some really premier event space,” Feighery said.

Private dining functions are more profitable for the restaurants and can be less expensive for customers, he said, because they can control costs by managing beverage orders or arranging pre-set menus. They can also host cocktail parties with passed hors d’oeuvres if they prefer.

“It really depends on the budget and needs of the host, but they can control the spend,” Feighery said.

Feighery added that he expected Smith & Wollensky to open one or two new locations in the next one to two years.

Although no new real estate deals have been brokered, “landlords are willing to work with you a little bit more than they were in the past,” he said.