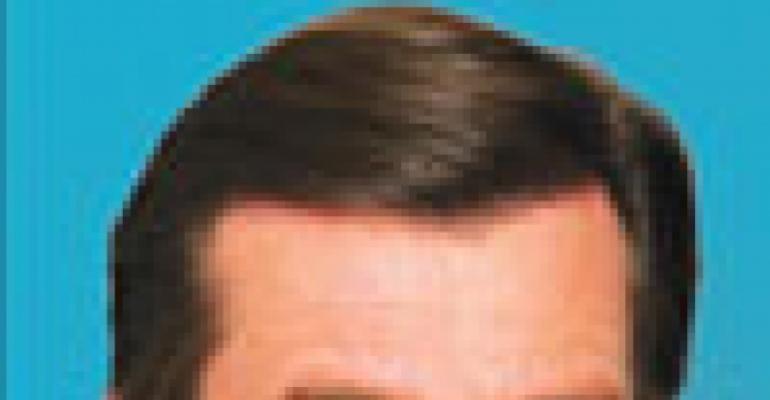 Smacking people around is an odd way to sell seafood, but Captain D’s chain does it anyway

Something bad has happened to that harmless, little fish from last autumn’s branding campaign for Captain D’s Seafood Kitchen.

A stop-motion commercial showed a seaside artist painting a portrait of a fish. Then the fish swam off the canvas and through crowds of people, who helped it on its journey to a poster outside a Captain D’s restaurant. And there the fish found a home.

The spot was designed to show that Captain D’s had changed. The Nashville, Tenn.-based quick-service chain, which has nearly 600 units, wanted consumers to know it had improved the quality of its menu and that they could enjoy meals that were just as good as seafood dishes at casual-dining chains.

When the spot broke I wrote that the message about quality wasn’t strong enough to encourage nonusers or infrequent diners to drop by for a meal, even though a voice-over kept hitting on the point that Captain D’s had changed: “Change. It can come in waves, or as a single stroke. And sometimes it can be unbelievably good.”

Now Captain D’s has changed its ad approach with a new campaign, and it is not unbelievably good. It is not good at all.

The campaign, created by Goodness Mfg. of Venice, Calif., includes two spots and a microsite, . It’s called “tailsmack’ because that’s what happens in the commercials: People get smacked in the face by a giant fishtail.

One spot opens on a guy in an office break room about to chomp into a burger for lunch. Suddenly a huge fishtail appears and smacks him silly. A co-worker laughs at this. The fishtail smacks him, too.

Then the fishtail places a seafood platter on the table while a voice-over promotes the Seafood Celebration at Captain D’s. The tag at the end is “Eat upstream.”

A second spot shows a man with a pizza box entering his home. His wife is doing some paperwork.

The fishtail appears out of nowhere, first smacking the box out of the man’s hands and then giving his face the business. His wife tries to hide her laughter. Then the fishtail thumps the dining room table, signaling them to come and get the seafood platters it’s so graciously laid there.

That cute, harmless fish from the previous campaign, which o2 Ideas of Birmingham, Ala., created, has evolved into an aggressive sea monster.

That’s nice in theory, but will any viewer remember what the spots are promoting after that jarring introduction to the sales pitch and food shots?

“Snap out of it,” the voice-over says after the office employee and the husband get smacked senseless.

Perhaps Captain D’s is trying to position itself as the V8 juice of the restaurant industry, complete with its own signature phrase. Commercials for V8 products show people getting smacked on the head because they didn’t eat their veggies, followed by the familiar line, “I could’ve had a V8.”

But the smacking in the Captain D’s spots is so violent that it’s almost upsetting to watch. A gentler tap coupled with “snap out of it” would have done the trick of persuading viewers to try something different for lunch or dinner.

Captain D’s, however, apparently thinks it can endear itself to consumers by offering to smack them into submission and make them eat seafood instead of burgers and pizza.