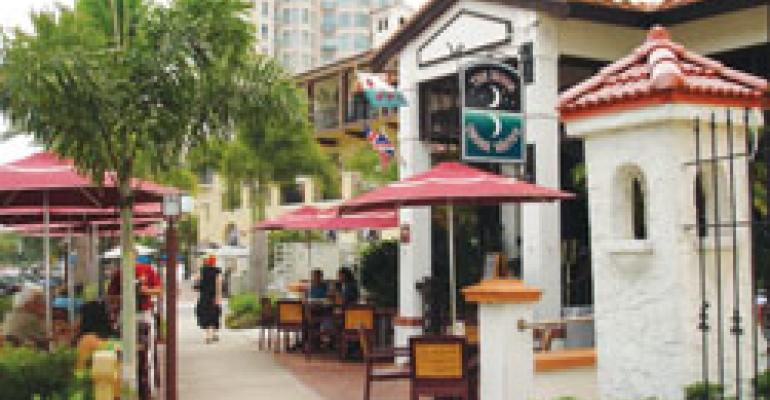 Shawna Herrick, a server for the past seven years at the Applebee’s Neighborhood Grill & Bar in St. Petersburg, Fla., is working as many hours as she always has but is bringing home a lot less money.

A mother who works the day shift to spend evenings with her toddler, she said fewer customers and smaller tips are the new norm. While she used to be tipped about 20 percent of sales, she now is lucky to make 15 percent, she said.

“Some people don’t know we make just $3 per hour [because of subminimum rates allowed for tip earners] so they seem to think a tip is something extra instead of how we support ourselves,” Herrick said.

Like Herrick, servers nationwide are feeling the pain of slumping customer counts, lower check averages and dwindling generosity from cash-strapped guests, many of whom now are tipping in the 10-percent range. As a result, some servers are polishing their service and upselling skills, but others are leaving the business.

Paul Paz, a 27-year veteran waiter and founder of Waiters World, a professional-server consulting company, said that in one of his recent surveys 60 percent of respondents said tips are down, both in total amounts and in percentage of gratuities, with some down to 10 percent.

“I am hearing of more and more instances of that,” he said. “I am also noticing in my own business the average is now closer to the 15-percent level, where it used to be around 20 percent.”

Paz has been a server at Stanford’s Restaurant and Bar in Lake Oswego, Ore., for the past 18 years.

“We do know that people tip more the higher their income, and they tip less with lower income,” said Michael Lynn, professor of marketing and tourism at the Cornell University School of Hotel Administration in Ithaca, N.Y.

“I believe that customers are decreasing what they are spending and likely decreasing their tips on those lower sales,” he said.

For most restaurant customers, Lynn explained, there is little guilt in decreasing tips from 20 percent to 15 percent because that is still within an acceptable range for tips.

But while smaller tips might not make patrons feel bad, shrinking gratuities are taking their toll on servers.

Vicki Malone, who has been a bartender for 25 years, recently left her job at Café Alma in downtown St. Petersburg when tips dipped from 20 percent to 10 percent. Malone now works 9 a.m. to 5 p.m. in a corporate job.

“Salespeople are taking home fewer commission dollars, for instance, or even people who are making the same amount of money but paying double at the tank are likely to eat out less and tip less when doing so,” Malone said. “So we’ve had the double whammy of business being a lot less and then customers tipping at a lower percentage on lighter sales. I just couldn’t live on that anymore, not with the rising cost of just about everything.”

Jodi Raible, a 20-year server veteran who has been working at the Casual Clam in St. Petersburg for the past six years, said tips have been off all year.

“Usually during [the winter tourist] season we have two-and-a-half-hour waits for tables,” Raible said. “This year we didn’t have waits at all. And tips are now in the range of 10 to 12 percent, where they used to be 15 to 20 percent.”

Her hourly wage from her employer is $3.70, after the tip credit.

To lure customers, Casual Clam owners Pauline and Larry Jackson have reduced the cost of bundled meals and added beverages and sides, lowering the average check from $9 to about $6 or $7.

“This can make the tips even lower, but you have to do something to get the people in the door,” Raible said.

Rachel Beech, a server at Moon Under Water in St. Petersburg, said she still gets an average 18-percent tip, although the restaurant is not nearly as busy as it was three years ago when she started working there.

Gino Porcaro, a bartender at Grazzi Italian Restaurant, also in St. Petersburg, said he too was seeing generous tips, just not as often as he would like.

“Instead of [regulars] dining with us once a week, it is more like once a month,” he said.

Ron Marino, a server at Bascom’s Chop House in Clearwater, Fla., said his customers are ordering fewer of the steakhouse’s extras, resulting in average checks far lower than the traditional $51 per person. They also are tipping only 10 percent to 15 percent of the total bill, compared with 18 percent historically. Marino said the staff does its best to offset those declines by upselling wines, sides and toppings, but it’s often a hard sell because customers are watching every penny.

Paz of Waiter’s World said servers and operators would have to adjust to the new economic reality to survive.

“The easy money is over,” he said. “Now the industry has to focus on the service, because it becomes the deal breaker. Where I work there are 13 full-service restaurants. We had one of the Chili’s that closed last week right here and it was a good wake-up call telling everyone, ‘Don’t take anything for granted.’ We have to take care of the people coming into the building. Twenty-percent tips are still to be had, but they are no longer an entitlement. Now they only come with extraordinary service.”

Paz suggested that restaurateurs looking to streamline their operations should get to know their employees so they can tap into the various skills servers bring to their workplaces.

“It doesn’t matter what size the organization is,” he said. “There are staff members with skills. One might be creative and can do decorative signage, another can do ads for newspapers—say a college kid majoring in journalism—while others might be savvy in technology, and they could do websites.”