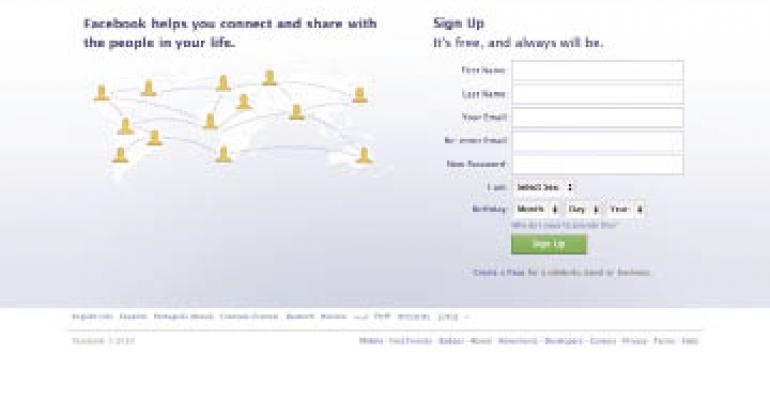 While hiring for his soon-to-open fourth unit, Jon Schlegel, owner of the Denver-based breakfast concept Snooze, an A.M. Eatery, was pleasantly surprised to have job applicants volunteering access to their Facebook pages, especially when interviews felt too short.

“I was impressed by their openness and honesty in offering this information,” said Schlegel, who admitted that a visit to someone’s page can sometimes convince him not to hire them.

And therein lies the rub, attorneys say. With more than 500 million active users, Facebook is an evolving repository of insights into people’s lives — and a potential minefield for employers who use it to inform their hiring decisions.

Because social media can give employers a fuller view into a person’s life than an interview, the risk of being charged with discrimination is heightened. That’s not to say that social media should not be used as a screening tool, however — just that it must be used wisely, lawyers said.

“Everyone is doing it, but nobody has a policy on it,” said attorney Molly DiBianca, an employment law specialist with Young Conaway Stargatt & Taylor LLP in Wilmington, Del., whose husband is chef-owner of Moro Restaurant, an upscale Italian concept in the same city.

The problem, said Janet Grumer, an attorney with Davis Wright Tremaine in Los Angeles, is that most employers will learn things that they probably wouldn’t learn during the course of an interview, such as a person’s sexual orientation, union membership, pregnancy or political affiliation.

If a job candidate believes he or she was rejected for a job because of such knowledge, the employer could face a discrimination claim — regardless of what it was on the Facebook or Twitter page that caused the employer to reject the applicant, Grumer said.

Still, the greater risk is not to screen at all, DiBianca said.

“I think employers should be doing it; it’s a duty,” she said. Negligent hiring is more likely to trigger a lawsuit of some kind than a discrimination claim for not hiring, she added.

However, DiBianca noted that there are procedures to help employers use social media for screening safely. Among them:

DiBianca recommends that employers establish which job categories might be worthy of a social media check.

A restaurant employer, for example, may not feel the need to check out every server online but might want to dig a bit deeper when hiring a manager.

Searches are best conducted for final job candidates, as a last step in their evaluation, she said.

“The purpose is to make sure there are no red flags; it’s not to get the scoop on the person,” DiBianca said. “But if the person has swastikas all over their Facebook page, you might not want to hire them.”

“Run the list by your legal counsel,” DiBianca said.

Grumer notes that employers also need to consider varying state laws. In California, for example, state laws protect certain “off-duty conduct,” she said. “But you can consider things that might show the potential employee’s poor judgment.”

DiBianca’s points to four “no-nos,” or signals that could give an employer a reason not to hire:

1. Violence toward others. “If someone has Facebook posts about hating women or bragging about beating someone up, that’s a definite no-no,” she said.

2. Illegal activity, such as use of illicit drugs or underage drinking. “Some employers may have trouble with those, but I think it shows poor judgment to be pictured on your Facebook page doing such things,” DiBianca said.

3. Discrimination or harassment. Look for the sort of “hate language” you wouldn’t tolerate among your staff, DiBianca said. “If someone uses the n-word on Twitter, that person could also bring it into the workplace.”

4. Disparagement or lack of confidentiality. If the job candidate has posted vicious comments about a previous employer or customers, that should raise a red flag.

As part of their overall social media policy, employers might forbid employees from making disparaging remarks about the brand or its customers.

Last year, a server was fired from California Pizza Kitchen for Tweeting that the new black uniforms were the “lamest sh*t ever,” as well as other comments the company felt violated policy.

This may be difficult for smaller companies, but Grumer recommends having a human resources professional — someone who is not involved in the hiring decision — checking the candidate out online. That person should only pass on permissible information, or things that fall within the designated “no-no” categories, to the person making the hiring decision.

“That way, the hiring manager never even sees the information they were not allowed to consider,” DiBianca said.

When employers conduct criminal background checks on potential employees, they must disclose that on job applications. DiBianca recommends doing the same for social media checks.

And, if candidates ask, employers might consider providing their “no-no” list to show exactly what they are looking for.

If you decide not to hire someone because of something you saw on a social media site, talk to the applicant about it. “It’s fair, and it addresses two issues,” DiBianca said. “First, you might have something wrong. Maybe you looked up Joe Smith, but it was the wrong Joe Smith.”

Secondly, she added, it could reduce the likelihood of a discrimination lawsuit because you’re making it clear what brought you to the decision.

Also important is the manner in which the employer gains access to a job candidate’s profile. Some people make their profiles accessible to all, and that’s considered public. However, employers can never force or pressure candidates to give access to a private Facebook page or Twitter account, and they should never sneak a peek surreptitiously, Grumer said.

The Equal Employment Opportunity Commission recently issued final regulations interpreting the Genetic Information Nondiscrimination Act, which aims to prevent discrimination based on medical or genetic histories. The rules specifically discuss use of social media, saying employers cannot conduct a search or ask questions on social media sites that are likely to result in uncovering genetic information. If the employee gives permission to access their site, however, and genetic information is revealed there, the employer can avoid liability.

DiBianca said that employers could ask to be “friended” on Facebook or follow a candidate on Twitter for a short period, simply for screening purposes. If the job applicant declines, then the employer can decide not to hire that person, depending on how important they feel online screening might be.

“That’s a decision you have to make,” she said.