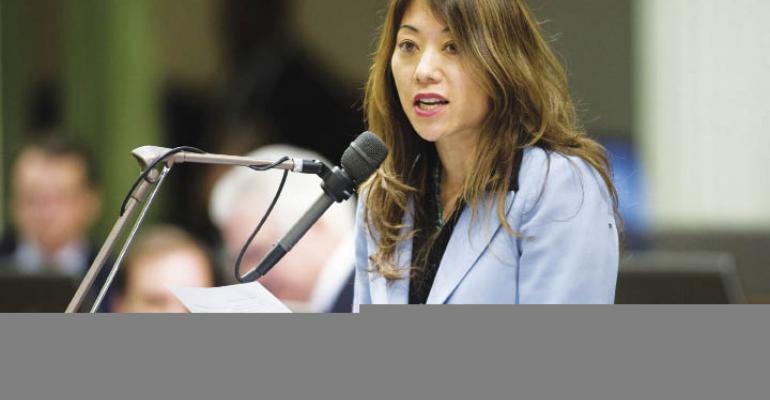 The nation’s first law requiring employers to provide workers with paid sick leave is achieving most of its goals, but foodservice employers were among those struggling the most to adapt, according to a recent report.

According to a study released in February by the nonprofit Institute for Women’s Policy Research, or IWPR, of Washington, D.C., more than one in three hospitality employers surveyed were not in compliance with the San Francisco law. Still, the study concluded that the law was working for most workers and employers.

The law permits workers on the job for at least 90 days to accrue one hour of paid sick leave for every 30 hours worked, up to a maximum of 40 hours — or five days — per year for staffers of companies with 10 or fewer employees. That figure increases to 72 hours, or nine days annually, for employees of larger firms.

Assemblywoman Fiona Ma, D-San Francisco/Daly City, said the IWPR findings confirmed the benefits of paid sick-leave laws, such as Assembly Bill 400, the Healthy Workplaces, Healthy Families Act, which she introduced Feb. 15. Modeled on the San Francisco law, AB 400 would allow workers throughout California to use paid sick days for personal illness, to care for a sick family member, or to recover from domestic violence or sexual assault.

“When we go to work sick or send our children to school sick, we put others at risk,” Ma said. “AB 400 enhances public health and supports the economic security of California’s families.”

Ma also pointed to the findings of a recent survey sponsored by the Restaurant Opportunities Centers United of more than 1,700 restaurant workers and nearly 100 employers in Los Angeles, Miami and Washington, D.C., which found that nearly 90 percent of those workers did not get paid sick days, and more than half have gone to work sick.

No abuse by workers

According to the IWPR study, workers were actually taking fewer sick days than they were allowed. While five to nine days were permitted, the median number of paid sick days taken among the nearly 1,200 surveyed employees was three.

As of mid-2010, paid sick-day laws had been considered by Congress, nearly half of the states and several cities, but only San Francisco had adopted a universal employer mandate, according to Drago and Lovell.

Two other jurisdictions, Washington, D.C., and Milwaukee, also have paid sick leave laws in effect. The Washington law was enacted in 2008 and requires employers to provide from three to seven days of paid sick leave annually for workers that have been on the job more than a year. But that measure exempted restaurant wait staff and bartenders, among other employee groups, and final rules took more than two years to draft.

Milwaukee voters mandated in November 2008 that employers provide paid sick leave for workers on the job more than 90 days. That measure has yet to be implemented because of an injunction issued in an ongoing court case filed by the Metropolitan Milwaukee Association of Commerce. The association contends the employer mandate should be tossed because the measure that spawned it allegedly did not provide voters all the information required by law.

But on March 3, the Republican-controlled Wisconsin Senate passed legislation that might derail Milwaukee’s law anyway by blocking counties, cities, towns and villages within Wisconsin from passing their own worker health or family leave laws.

Ann O’Leary, executive director of the nonprofit Berkeley Center on Health, Economic & Family Security in Berkeley, Calif., said during an IWPR conference call that the data uncovered by the group study could help San Francisco improve its implementation of the law and guide other jurisdictions, including the state of California, considering such measures.

But calls for a statewide paid sick-leave law were rejected by the California Restaurant Association, which contends that a “one-size-fits-all” law won’t work for an industry where businesses are run by “moms and pops” as well as international corporations.

Kevin Westlye, executive director of the Golden Gate Restaurant Association, said his group did not oppose the paid sick-leave ordinance because “the benefit of keeping sick employees out of the workplace is substantial.”

O’Leary said the IWPR report supports the position that a paid sick-leave law improves economic security for families. Referring to concerns about the potential negative impact on companies and their workers, O’Leary remarked, “The impact on employers is not as dire as was suggested,” and “six out of seven employers did not report negative effects on profits.”

Drago said the losses that did occur likely were transition costs tied to companies with no previous experience offering paid sick days.

When asked to describe the difficulty of understanding and administering San Francisco’s paid sick-leave law, half or more of the surveyed accommodation and foodservice employers chose “somewhat difficult or very difficult.” Among the other employer groups, only construction employers responded in that manner at nearly as high a rate, while one-third or fewer employers in other categories characterized understanding and administering the law as somewhat or very difficult.

Those findings, however, may reflect inexperience with such benefits. The survey found that just 23.6 percent of accommodation and foodservice employers queried provided paid sick days prior to passage of the law, and even after that benefit was mandated, just 62.1 percent were in compliance with the law. In comparison, the percentage of employers from other industry groups that had paid sick leave prior to the law’s passage ranged from 29.8 percent in construction to 87 percent among finance, insurance and real-estate employers.

Compliance rates among non-hospitality employers ranged from 69.3 percent in construction to 93.2 percent in finance, insurance and real estate, with half of the employer groups marking compliance rates of 85 percent or higher.

With the exception of their bosses making them find someone to cover their shift, though, leisure and hospitality workers surveyed said their employers were less guilty of infractions of the law, such as cutting wages or assigning fewer or worse hours to those who took leave, than employers overall.

And despite their struggles to implement the paid sick-leave law, 12 percent of the surveyed accommodation and foodservice employers said they were “very supportive” of the law, and another 53.7 percent indicated they were “somewhat” supportive. n