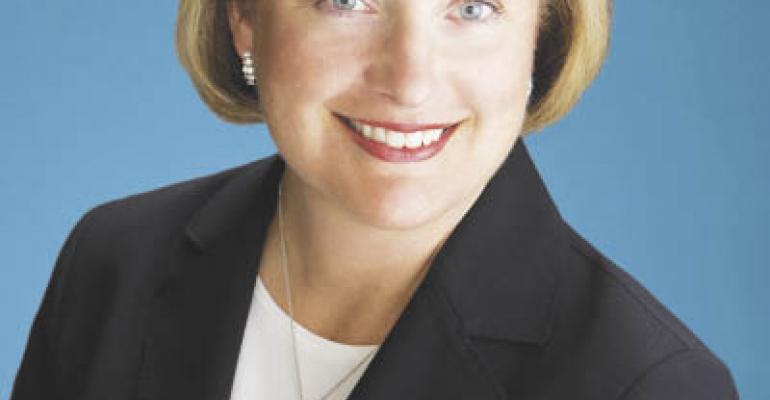 The announcement was the highlight of an awards gala Monday night that also celebrated the winners of the Golden Chain awards, the Pioneer award and the inaugural Norman award, created to honor the legacy of industry icon Norman Brinker.

In accepting the Operator of the Year award, Smith pointed to the principles that Brinker emphasized throughout his long career, including setting goals, listening, perseverance and hard work. She added one more to the list: gratitude.

“I want to say thank you to all the team members here tonight, including franchisees,” she said.

Smith also noted the increased optimism in the industry, and encouraged everyone “to drink beer, eat wings and celebrate sports.”

Smith took the helm at Buffalo Wild Wings in 1996 and has helped the sport-bar chain more than triple in size to its current 700 units.

Buffalo Wild Wings has outperformed many of its casual-dining competitors in recent years, as much of the segment struggled. In its more recent fiscal year the chain grew its systemwide sales 20.4 percent, from 1.23 billion in 2008 to $1.48 billion in 2009, according to NRN research.

Observers say Smith’s leadership and long tenure with Buffalo Wild Wings have lended stability to the chain and helped to create a strong foundation for growth. The company plans to continue to expand in the United States and also has plans to open 50 stores in Canada over the next five years.

During the event, John Y. Brown, an entrepreneur who led rapid growth at the Kentucky Fried Chicken chain in the late 1960s, received the Pioneer award. Brown, whose varied career also included serving as governor of Kentucky, founding several restaurant chains and owning professional sports teams, is credited with helping to create the modern restaurant-franchising model.

The first Norman award, created to honor the late Norman Brinker, went to Doug Brooks, chairman, president and chief executive of Brinker International Inc., the company Brinker helped found. The award was created after Brinker’s death last year to recognize those who continue his legacy of mentoring and people development. Brooks, who has been with Brinker for 32 years, recently told NRN his leadership style is guided by the principles of inclusion and philanthropy.