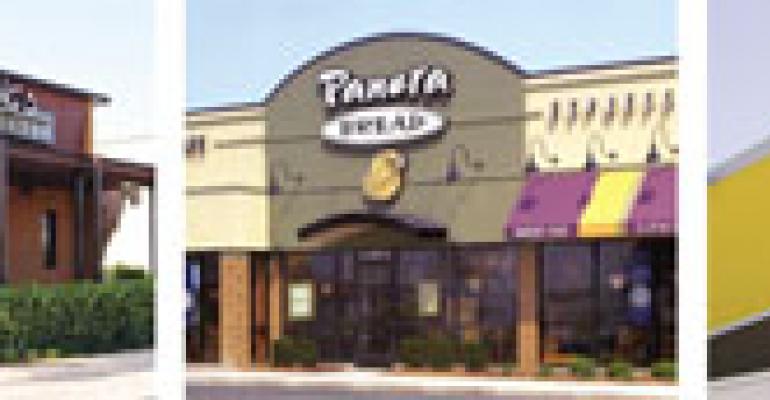 After years of offering steep discounts, restaurant operators are boosting menu prices ever so slightly in a bid to wean struggling consumers from the deals that have convinced them to part with their hard-earned dollars.

In first-quarter earnings reports and conference calls over recent weeks, several chains have outlined strategies for raising prices both to offset operating costs and to increase average checks.

“Our goal is to provide a little support to the average check,” said co-chief executive Richard Federico during the company’s conference call last week. “You kind of do that two ways—reduce the discounting or increase the price a little bit, and we’re going to do both.”

Co-chief executive Robert Vivian added later in the call that the company has been considering a price increase for several years to help offset rising labor costs due to the increase in the minimum wage at both the state and the federal level. However, executives wanted to wait until guest traffic improved.

“Clearly last year we just didn’t think it was the right thing to do,” he said. “As we’re moving into this year, we’ve seen good momentum from a traffic standpoint.”

“We felt comfortable taking this price based on the testing we executed in the latter part of 2009, and, as we expected, we received no noticeable customer blowback to the increase,” said Panera co-chief operating officer William W. Moreton on the company’s recent quarterly conference call.

Other companies are testing the waters before taking the plunge on higher prices to see whether consumers will balk at paying more.

Ruth’s Hospitality Group Inc., the owner of the Ruth’s Chris Steakhouse chain, said it is now running a “limited test” in about 20 to 25 restaurants to see whether higher prices on four or five menu items will affect demand. The company has not taken a price increase in more than two years.

In addition, Mike O’Donnell, president and chief executive, said Ruth’s is moving away from its Ruth’s Classics three-course meal for $39.95 promotion in its messaging.

Other chains, like Texas Roadhouse, are waiting to see whether operating costs increase before deciding to raise prices on menu items.

Restaurants have been dealing with higher labor costs for several years. Most restaurants also have projected slight increases in commodity costs in 2010, particularly in the protein and dairy categories.

Tristano said companies have “leaned-out” their businesses by renegotiating supply contracts and cutting costs in the past 18 months. With operating budgets now slimmed down dramatically, restaurant companies have far less wiggle room for any commodity cost increases, he said.

“It’s just a part of doing business that we’re going to have to see a 1-percent-to-3-percent price increase,” Tristano said. “The ones that don’t [increase prices] will probably erode their margins.”

Bonnie Riggs, a restaurant analyst at market research firm The NPD Group, agreed, saying the industry can move away from discounting, “but we can’t do it abruptly or immediately.”

Riggs said, historically, operators have attempted to divert attention from steep discounts—and the end of them—by introducing new or premium products with a higher price.

Panera, for example, introduced several new hand-tossed salads at a higher price point to build up its check average.

Burger King Holdings Inc., which has focused on creating a “barbell” menu strategy with both high and low price points, completed its national rollout in the first quarter of its Steakhouse XT burger for $3.99 while ending its $1 double cheeseburger promotion.

Riggs of The NPD Group said consumers might be accepting of some small price increases and the end of massive discounts that have been offered in the past two years.

“They know they’re not going to last forever, and they’re accepting of that,” she said.

Riggs added that consumers are starting to spend again, and after years of cutting back “there’s a lot of pent-up demand.”

But, with consumers having become used to getting a great deal, Riggs said restaurants must still be careful not to shock patrons by raising prices too much or too quickly. A price increase of 3 percent to 4 percent, she said, would be “the kiss of death.”