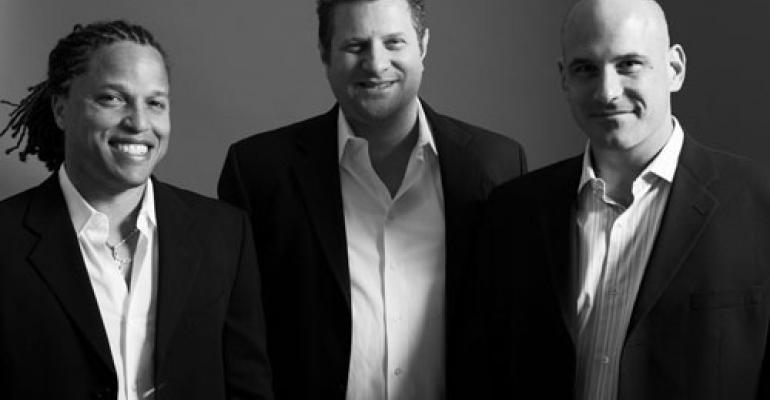 The athlete-turned-restaurateur is nothing new in the world of sports like baseball, football or basketball, but now — as World Cup fever reaches a boiling point this weekend — professional soccer players are jumping into the restaurant game as well.

Cobi Jones, a retired star player for the Los Angeles Galaxy who played for the U.S. team in three World Cup tournaments, has joined with chef Scott Leibfried and restaurateur Jeremiah Higgins to launch the seafood concept Arch Rock Fish in Santa Barbara, Calif., which is scheduled to open in mid-August.

The group, called HJL Restaurant Advisors based in Los Angeles, has been offering restaurant consulting services, working on operations for the Santa Barbara restaurants Blush, Marquee and Savoy, as well as the sports bar On the Side, all of which are owned by Mark Lawrence.

Leibfried, who is also known as the sous chef to Gordon Ramsay on the Fox Network television series “Hell’s Kitchen” as well as working on “Kitchen Nightmares,” met Higgins when they both were called in to rework the Santa Monica Seafood market into a café and oyster bar last year. Higgins previously was the chief operating officer for the two-unit Enterprise Fish Company seafood concept.

The two met Jones, who is also a partner in the two-unit restaurant concept Magnolia in Los Angeles, through friends.

“It has always been a dream of mine to get into the restaurant business,” said Jones, now an assistant coach for the Galaxy team and a commentator for this year’s World Cup coverage. “So many people come to you with ideas, but with this group, it fit.”

The 156-seat Arch Rock Fish is designed as a casual-dining concept featuring mostly West Coast-style seafood dishes, with touches from the East Coast. Leibfried, who developed the menu, said he couldn’t resist putting a lobster roll sandwich on the menu, for example. Other dishes will include mussels in beer, cioppino, chilled iced shellfish, ahi tuna salad and grilled yellowtail. Appetizers will range in price from $8 to $12; sandwiches from $12 to $17; and main courses from $15 to $22.

When possible, the restaurant also will tap local vendors, such as area breweries and vineyards. Jones, who developed the wine list, said about 80 percent of the selections are from the Santa Barbara wine growing region.

To promote the concept, the group will begin posting next week a 10-episode video series on the restaurant's website, www.archrockfish.com, documenting the behind-the-scenes development process.

Hoping to position themselves as a seafood-focused multi-concept operator, the group is also developing a second concept called West Coast Oyster Co., with a first location planned in Los Angeles by next year.

HJL's consulting side also will continue. In August, the group is planning to launch a website called Evolve that will offer various online tools and resources for restaurant managers and owners, Higgins said.

For Jones, this weekend will be about soccer. After playing in the World Cup in 1994, 1998 and 2002, Jones said he was encouraged to see the U.S. team progress this year, despite losing in the knock-out round.

As commentator, he had predicted that Spain would meet the Netherlands in the final. That game is scheduled for Sunday.

His prediction to win: Spain.