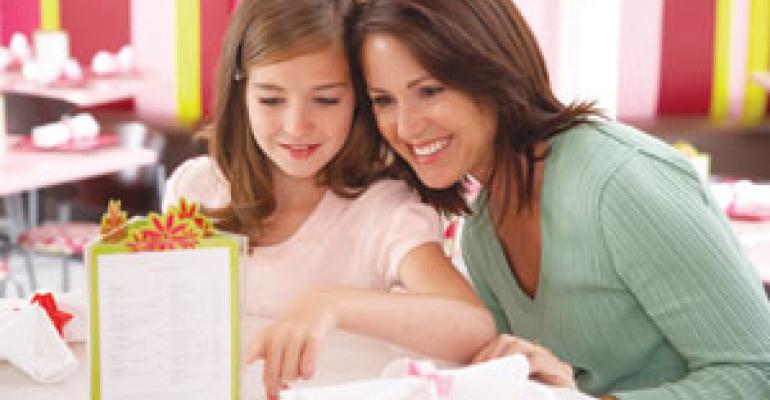 Retailers aim to take bite out of restaurants’ sales

Posing formidable competition for nearby restaurants, high-profile specialty retailers are doubling as restaurant destinations as they aim to keep customers in their stores for longer time periods.

Stores ranging from the fashionable Tommy Bahama and Polo Ralph Lauren to the bargain-pricing Ikea home furnishings emporiums are very much in the restaurant business and finding that it pays to have their commercial eggs in both shopping carts.

Among other retailers with major restaurant components are American Girl, the doll store phenomenon based in Middleton, Wis., and Bass Pro Shops, the mega-outdoors store of Springfield, Mo.

Ikea, which has twinned its you-build-it furniture stores with restaurants since its inception in Sweden nearly 60 years ago, now has restaurants in all of its 274 stores worldwide, including its 34 U.S. branches, said Daniel Tona, manager of Ikea’s Schaumburg, Ill., store, the largest in this country.

The multilevel Ikeas have a quick-service restaurant on an upper floor with as many as 400 seats domestically and up to 800 abroad. Stores also have limited-menu bistros on the ground floor next to a section that sells Swedish packaged foods.

“Our founder realized that people shopping in a big store get hungry and will leave,” he said. “If they can eat there they will stay longer and come back more often. He also wanted to bring Swedishness all over the world, plus we have some local items.”

Swedish meatballs by far are the best seller, sometimes served with macaroni and cheese for $5.49 or as a kid’s meal combo for $1.99. Other Swedish items include cinnamon rolls, apple-glazed salmon, a cold gravlax plate, Swedish pancakes with lingonberries, bottled soft drinks and an assortment of desserts, such as Swedish almond cake.

Enticing shoppers to come in early, Ikea opens its restaurants a half hour before the stores themselves, offering 99-cent breakfasts and free coffee before 11 a.m. The breakfast includes scrambled eggs, bacon and cubed, fried potatoes.

Celebrations are always in progress at American Girl Cafe, especially on birthdays of the chain’s target customers: girls ages 3 to 12. Newer stores in the chain are designed with separate party rooms as offshoots of the American Girl Boutique and Bistro.

The cafes specialize in so-called “fancy” dining for girls and grown-ups, with special chairs for their American Girl dolls, at brunch, lunch, afternoon tea or dinner. Prix-fixe prices range from $17 to $25, depending on the meal and the market.

While the cafes are geared to reservations planned well in advance, the bistros are designed for more spontaneous and casual snacks or meals in the $14 range and are aimed at expansion of the existing five stores to smaller markets and suburban malls.

“It’s about having an experience, not just a shopping trip,” Adamany said.

Men and boys would feel more at home at Bass Pro Shops’ in-store Islamorada Fish Company restaurants. As a break from shopping for fishing rods or outdoor gear, customers can chow down on hearty steaks, fish or adult beverages in some 20 stores.

Most of the clothing chain’s restaurants are in its beachfront and resort locations. The first Tommy Bahama restaurant, in Naples, Fla., started out doing $2.6 million in sales in 1995, but now does about $8 million, Wells said. Stores with restaurants attached typically sell between 25 percent and 60 percent more apparel than those without restaurants, he added. Dinner checks average $50, and lunch checks are $17.

Though Tommy Bahama has not considered opening a restaurant without an adjacent store, it plans to relocate its Sarasota, Fla., retail store to a bigger space a block away from that upper-level restaurant. Wells indicated that the company would be watching closely to see if the popular restaurant does as much volume after the downstairs apparel store is relocated.

Wells and his associates hire people with restaurant backgrounds for the cafes, but some retail managers with restaurant experience have crossed over to cafe positions, he said. The restaurants require much more labor than the stores and cost more to open, which is why the company hasn’t opened more restaurants.

Global fashion brand Polo Ralph Lauren has opened only one restaurant, the clubby looking, 85-seat RL in Chicago, Instead of running it internally, the company hired the local Gibsons Restaurant Group to manage and operate it. Since taking over management six years ago, Gibsons has increased annual sales from $1.4 million to more than $7 million, said Hugo Ralli, a Gibsons partner.

“Customers often do a little shopping before or after lunch,” he said. “It’s a good synergy.”

Gibsons is consulting with the apparel company on opening a similar restaurant in Paris, and Polo Ralph Lauren also is considering opening more RL restaurants in the United States, he said.