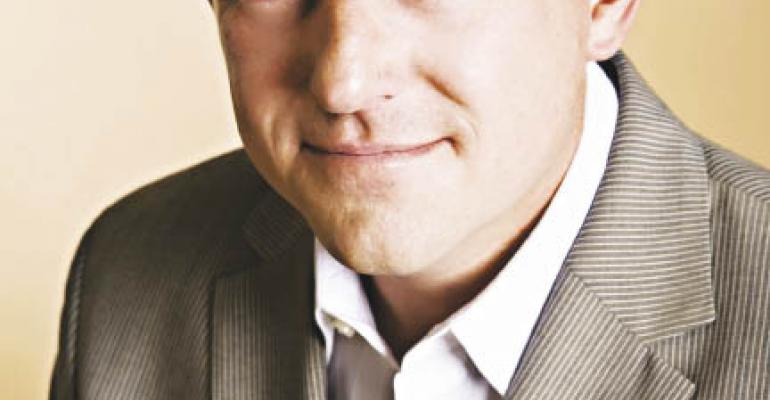 Restaurants find concessions when their landlords land in financial trouble

When the upscale-casual Yard House chain opened its Kansas City, Kan., location in 2006, the property it moved into was a vibrant lifestyle center.

As the recession took its toll and consumers cut back on spending, however, the property’s developer, Red Development LLC, decided to rebrand the center as an outlet mall.

It was a change for which Yard House normally would not sign up. After 14 years of steady growth across the country, the Irvine, Calif.-based chain began preparing to close the Kansas City location when the lease was up later this year. It would have been the first restaurant closure for 27-unit Yard House.

Then Harald Herrmann, Yard House president and chief executive, had a last-minute change of heart. Reluctant to send the Kansas City team members out onto the streets in a terrible  economy, Herrmann decided to keep the location open, and pledged to support the landlord — and the consultants representing the landlord’s lenders — on the mall’s brand positioning.

With the economy stubbornly stalled, shopping center operators are falling into financial trouble at a prodigious rate. Mall operator General Growth Properties, which has interests in more than 200 shopping malls in 43 states, filed one of the largest bankruptcies in U.S. history last year. The Chicago-based company earlier this month submitted a complex recapitalization plan with the hope of exiting bankruptcy in October. Company officials say tenants will not be impacted.

At least four of Yard House’s landlords are in serious financial trouble, including bankruptcy or bank foreclosure, Herrmann said.

“As a tenant over the last 14 years, we’ve never had to deal with this before,” he said. “It’s uncharted territory, and it’s happening all over the country.”

And operators are thinking the problem might only get worse, given the elusive economic recovery. The number of business bankruptcy filings in general remains high, with filings for the three months ended March 31 totaling 14,607, a 2-percent increase over the first quarter of 2009, according to the American Bankruptcy Institute.

Meanwhile, in February, a Congressional Oversight Panel report on the state of commercial real estate estimated that between 2010 and 2014, about $1.4 trillion in short-term commercial real estate loans will come due, with nearly half currently “underwater,” with borrowers owing more than the property is worth.

Retail restaurant operators say it is increasingly common to receive letters notifying them that their landlord is filing Chapter 11, or that the property is in receivership or has been sold in a hurry — sometimes, tenants fear, to investors who may not have the long-term interests of the property at heart.

“There is no question that the retail landlord communities are under real stress these days,” said Tom Mullaney, a New York-based real estate expert in financial services firm Huntley, Mullaney, Spargo & Sullivan LLC.

Distressed property owners generally can vary widely from those who are simply watching their purse strings and cutting back on improvements, to those whose property has been deeded back to their lender or has been foreclosed.

“For restaurant operators in such cases, the landlord they knew is gone, and they find themselves dealing with a nameless, faceless bank,” Mullaney said.

Given the environment, strategies to protect tenant interests are more important than ever — though they may be more difficult to win in lease negotiations, Mullaney noted.

Some operators — particularly smaller quick-service concepts — say dealing with a landlord in bankruptcy or foreclosure isn’t a big problem.

Frank Bonanno, owner of multiconcept operator Fifth Avenue Restaurant Group, operates 36 restaurants among seven brands in Las Vegas, including franchise locations of Häagen-Dazs, Nathan’s Famous and Johnny Rockets. Nine of his locations are in General Growth Properties sites, but Bonnano said the bankruptcy has had no impact on his leases or sales.

New kids on the block

Others, like Yard House, say the consequences of being in financially distressed properties can be game-changing.

In San Antonio, the Yard House location is one of few restaurants left in one struggling mall, resulting in a noticeable lack of vibrancy, Herrmann said.

In Palm Beach, Fla., the shifting tenant mix in another once-high-end mall has Yard House guests now exposed to a raucous neighboring bar with a “dunk tank” on its patio — not exactly the atmosphere the company wanted.

“Part of the difficulty for restaurants is the loss of continuity from a support standpoint,” Herrmann said.

There is a fear that the property will not be well-maintained, or that services such as security and marketing efforts to drive traffic will become a low priority.

“We look at a center and don’t necessarily feel we have to rely on the landlord to drive traffic,” Herrmann said. “But it is important to be in a well-run, well-manicured property.”

Dale Willerton, a real estate consultant known as “The Lease Coach,” said having landlords go broke is nothing new.

“It’s part of the nature of the beast,” he said. “They’ll over-leverage their properties in good times and bad.”

For tenants, a landlord bankruptcy could provide a silver lining, Willerton said. It may be time to “belly up to the bar” and seek a rent reduction, for example.

Though a court trustee may be unwilling to part with necessary income for the property, he will also likely have a less inflated view of what the building is worth, Willerton said.

Mullaney, however, said asking for rent reductions isn’t easy during the best of times, and it is much more difficult when such negotiations must include a court receiver, creditors and the property owners’ lenders.

Still, “don’t be shy,” he said. “You need to get into the fray. There is a 100-percent failure rate for people who don’t ask. But it will take longer and will require more patience and tenacity.”

If many tenants within the shopping center are seeking relief, Mullaney said that restaurant operators should hone their pitch to explain why they should be the one to get help.

“The tenant that’s losing money, or has financials that are not that strong but just needs some time, those are the ones that have a possibility of getting rent relief,” he said.

Distressed landlords may be more amenable to other concessions, such as waiving maintenance fees or forgoing future rent increases, he said.

Herrmann said Yard House has asked landlords to match money that would be designated for direct mail or other marketing programs to drive guests to the center.

“You might take it as a rent credit, but it’s applied directly to marketing,” he said. “You’re not saving money, but at least it’ll drive traffic.”

Mullaney noted that co-tenancy clauses — stipulations that allow tenants to terminate the lease if anchor tenants in the property close — are more important than ever. “These co-tenancy clauses have been a nightmare for landlords over the past 24 months,” he said.

As retail centers continue to suffer, however, Mullaney predicted that landlords would fight harder to keep co-tenancy clauses out of leases.

“It’s going to be interesting to see how that plays out,” he said.