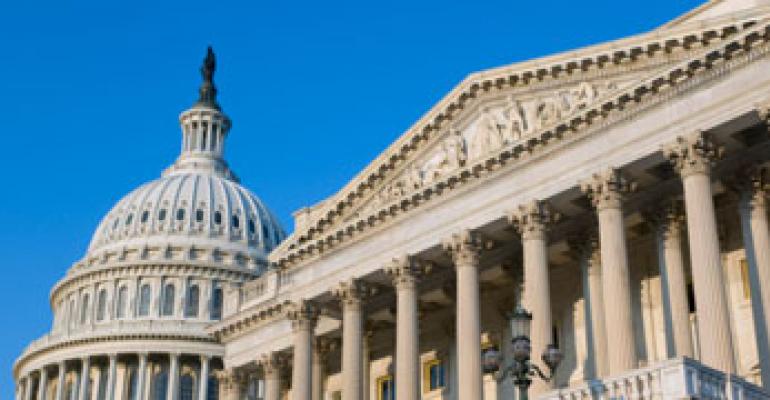 Restaurant operators and executives from across the country rallied Wednesday in Washington, D.C., to advocate for industry-friendly legislation and regulations surrounding tax reform, labor relations, and debit and credit fees.

The restaurateurs gathered as part of the National Restaurant Association’s 26th annual Public Affairs Conference, which this year boasted more than 500 participants from 45 states. The main objective was to visit Congressional representatives to lobby for policies that help the restaurant industry, and to remind legislators that the health of restaurants, according to the NRA, is directly related to job creation and small business success.

“Restaurants provide jobs in every state and every Congressional district,” Scott DeFife, the NRA’s executive vice president of policy and government affairs, said in a statement. “Throughout the economic downturn, we have been one of the few industries that has continued growing … with the right policies, America’s restaurants will be able to create even more jobs and provide greater opportunities to more Americans.”

Set against the backdrop of an election year — which an NRA official called one of the most important in history — the restaurant industry is facing significant headwinds when it comes to taxes, health care and labor relations.

At this year’s Public Affairs conference, however, health care reform took a back seat to other issues. The topic has moved from a legislative issue to a judicial one, as the U.S. Supreme Court weighs whether President Barack Obama’s 2010 bill to mandate health care coverage for nearly all Americans is constitutional.

Nevertheless, health care remains top of mind for restaurateurs even if this year’s lobbying efforts focused on items still on the legislative agenda.

“If the [health care] law stands, action will be needed,” DeFife said Wednesday morning as he outlined talking points for restaurateurs headed to Capitol Hill to meet with their Congressional representatives. “We are very quickly coming into the planning season for 2014, and businesses need issues addressed.”

“Congress is starting to get ready for tax reform,” DeFife said. “The key message is that the restaurant industry is a diverse industry with business organized in so many different ways. One way to create certainty is to establish a depreciation schedule that is set and reliable.”

Labor relations: The NRA is working to gather support for a bill set to block parts of the National Labor Relations Board election rule, including the poster mandate. The NRA believes the NLRB overstepped its authority in ordering employers to hang a new workplace poster advising employees of their right to organize into unions.