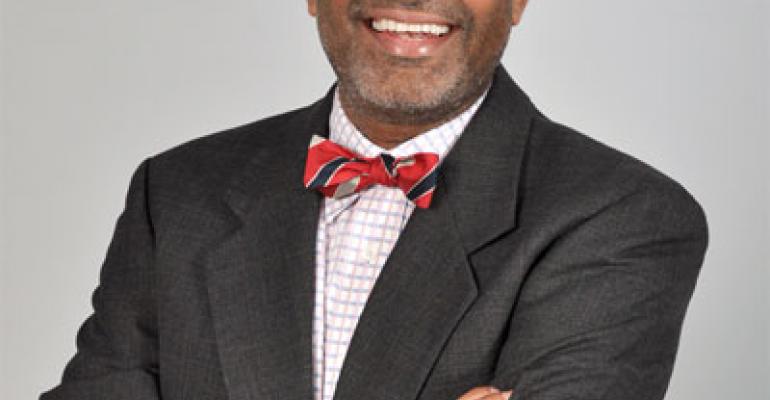 New research by Cornell and Rice universities suggests that smaller discounts may work as well as deep ones for attracting new restaurant users through “daily” or “group deal” Internet sites, such as Groupon and LivingSocial.

“There is a theory that consumers must be offered ‘deep’ discounts — 50 percent or more — to be interested in daily deals,” Utpal M. Dholakia of Rice, who conducted the research and issued associated reports with Sheryl E. Kimes of Cornell, said in a statement.

The findings are potentially good news for restaurateurs who may feel compelled to work with Groupon, LivingSocial or other generic or business-specific consumer aggregation websites, such as OpenTable, Restaurant.com and, in the future, Facebook and Google.

They are included in two new reports spun from Dholakia and Kimes’ joint research: “Daily Deal Fatigue or Unabated Enthusiasm? A Study of Consumer Perceptions of Daily Deal Promotions,” and the more foodservice specific, “Customer Response to Restaurant Daily Deals.”

Deal sites have sparked significant soul searching within the restaurant and business communities in recent months, as owners weigh the potential gain in traffic or trial from such offers against the possible crowding out of full-price-paying guests, cannibalization of sales from deal use by regular patrons and general damage to margins and reputation.

In fact, in “Customer Response to Restaurant Daily Deals,” Dholakia and Kimes found a basis for operator concerns that regulars may be latching onto deal-site discounts to the detriment of their sales volumes.

Dholakia and Kimes said they surveyed 973 consumers about their usage of, and perceptions about, deal sites, including 655 who used daily or group deal sites at least once for products of all kinds and another 318 that had not used such sites.

The heaviest users of deal sites — or those surveyed individuals who had purchased 11 or more discounted meals or products — “are more interested in trying new things so as to have experiences to talk about and influence others, and are attracted to a deal because it is a deal rather than because of its magnitude,” Dholakia and Kimes wrote in an abstract of their work.

“Our findings suggest that consumers may be less sensitive to the depth of daily deal discount than is conventionally believed and may be appealed to via creative and subtle offers offering lower discounts,” they concluded.

Contrary to some recent news reports, the authors said, “we find no evidence of daily deal fatigue” among consumers who use such sites. What’s more, they noted, “As another positive sign, all users indicate high levels of intentions to purchase a daily deal again within the next month.”

According to Dholakia and Kimes. “Non-users indicate they are not using daily deals primarily because of awareness and access issues.” The 655 deal users surveyed were drawn from an online consumer panel of 3,933 individuals, meaning that just 16.7 percent of the total consumer group pursued such deals, which, in turn, indicates “there is significant opportunity for growth of daily deals on the consumer side,” they noted.

Among some of the restaurant-specific findings:

• About 47 percent of the daily deal offers purchased by respondents were for casual-dining restaurants, 32-percent for quick-service or fast-casual establishments and 6 percent for fine-dining venues.

• Most respondents, or about 52 percent, were accompanied on their trip to redeem their deal-site meal by family, 15 percent took along a spouse or partner, and 12 percent dined with friends.

• Approximately 30 percent of respondents had purchased discounted meals from a deal site one to two times during the past year, while 35 percent had used such sites three to four times and 7 percent took advantage of them more than 10 times.