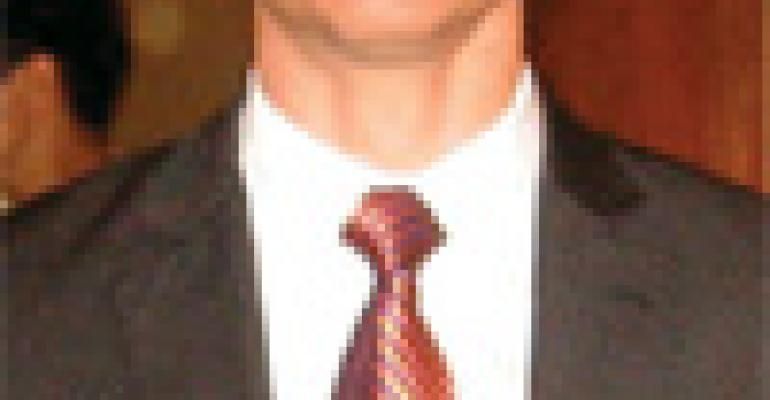 Romeo Rafila may have had a late start getting a formal education in foodservice, earning an associate’s degree in restaurant management his 30s. But he can boast about being the first student to complete a new hands-on program at Harrisburg Area Community College in Harrisburg, Pa. The Harrisburg Hotel Corp., managing general partner of the Hilton Harrisburg, partnered last year with HACC’s Olewine School of Culinary Arts to open Bricco, a 6,000-square-foot, 160-seat restaurant serving Mediterranean cuisine

Located in International Place, a mixed-use complex in downtown Harrisburg, Bricco is run by a staff of full-time employees and students from the college working the front- and back-of-the-house.

Rafila, a native of Romania who began his foodservice career as a waiter on cruise ships, credits his Bricco experience with helping him land an assistant manager’s job at the restaurants in Le Parker Meridien Hotel in New York.

You already had experience as a server, why did you want to get a degree?

Even in Romania I worked in the foodservice industry. I enjoyed it. It became a passion. I wanted to go to school for it, but I didn’t have a chance when I was in Romania. Times were different.

What did you do at Bricco?

I spent most of my time in the dining room. I shadowed the general managers. I learned scheduling, payroll, dealing with customers, everything a manager would do.

I loved every single moment of it. I worked some extra hours besides the regular class hours I had.

Did customers know that they were being served by and taken care of by students?

Yes. It was marketed as a student-run restaurant that was part of the HACC culinary arts program.

Many of our guests came to dine there for that reason, to see the students cooking and serving, to see them learn. They were patient.

How long did it take you to find a job after you graduated from the program?

I took about a month, a month and a half. At Bricco, I was already performing tasks that were part of the position I applied for at Le Parker Meridien.

Of course my previous jobs were a good background as well, but Bricco is what set me apart.