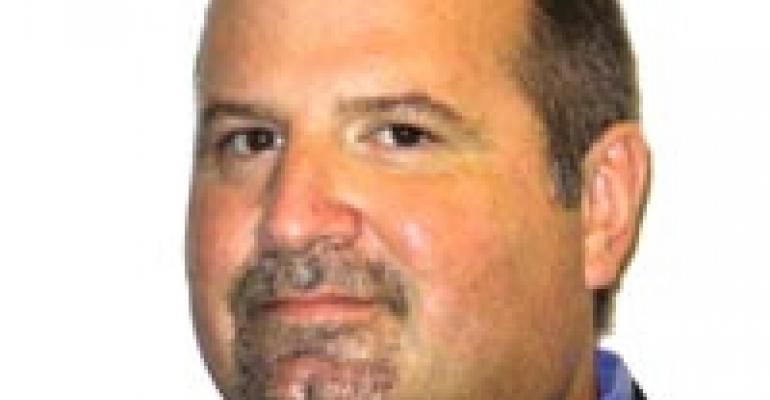 Education: bachelor of science in business administration with concentration in accounting and management information systems, California State University at Fullerton

Career: joined Real Mex Restaurants in 2002 as head of information technology, or IT; previously worked 13 years at Marie Callender Pie Shops in a number of roles, including IT department head; prior to that, spent five years as vice president and general manager of V-Systems Inc., a software integration and consulting firm

Family: married to Michelle, director in IT department of Fluor Corp.

In the five years since John Koontz joined Real Mex Restaurants Inc. as senior vice president and CIO, the company has grown from 120 stores to nearly 200. During that time Koontz' organization completed three different point-of-sale system rollouts to various concepts, moved its corporate offices, purchased the Chevys Fresh Mex restaurant chain in January 2005 and weathered the transition to new ownership after previous owner Bruckmann, Rosser, Sherrill & Co. sold the enterprise to an affiliate of Sun Capital Partners Inc. in 2006.

"Each of these changes has made us a stronger company, and I can only hope the next five years will be just as dynamic," Koontz said. He indicated that as the company eyes future expansion, IT will continue to play a key role.

"We're in such a competitive industry that we have to take advantage of every opportunity to give our guests the best experience possible," Koontz noted. "This includes running systems that help us identify what we are doing right, and what we need to improve on."

Technology-wise, what did you learn from the recent Chevys Fresh Mex acquisition?

[That] it's critical for IT to be involved early in the [acquisition] process. In our acquisition of Chevys, IT was part of the early planning stages. We were aware of what issues the other departments were facing and had time to address them early. [Early involvement] also aided us in documenting — and educating Chevy managers on — the changes that were in store for them. This helped us avoid a lot of confusion later in the process.

Something else that came from the experience is the awareness of how much a company's culture plays in how things are done. Real Mex has been through two major acquisition/mergers in the past eight years, and to this day, we still see differences in how the people in each brand operate. In many cases, varied experiences make for a stronger company. From an IT perspective, though, we need to consider differences when making technology decisions for our various brands.

What are some of the best strategies IT executives can use to sell reluctant decision-makers in a restaurant operation on the use of technology?

Most of the time it comes down to credibility. To be successful, we need to consistently deliver what we say we're going to deliver. Part of that is making sure we're delivering a real solution and not just more technology. As the technology experts in the organization, we should be the first to say whether a certain piece of technology is a proper fit and pass on it if it's not.

One of the first initiatives I tackled after I joined Real Mex was to improve our above-store reporting.  We spent a few months evaluating several strong products that would have addressed this issue but, as the new guy, I just couldn't get the funding approved. The solution was to develop the reporting system in-house. This gave me the ability to break the project up into smaller components and establish a track record for successfully delivering on our plan. Over the years, this success helped get other projects off the ground.

What strategies can IT executives use to help end-users within the restaurant organization — whether at the store or corporate level — transition to new technology?

It's critical that management be on board and fully support any new technology. If something's not important to someone's boss, it's not likely to be important to them. [It is] much easier if there's a demand for the new technology you're providing.

I'm a big believer in using live pilots [after adequate lab testing] to identify and correct any issues before rolling out any new technology. Word spreads pretty quickly if you try to roll out a piece of technology before it's ready for deployment.

Rolling out new technology isn't just a matter of installing it, dropping off the manual and leaving it up the user to figure out. We're fortunate in our company to have an excellent training department. Whenever possible, we try to have them involved in any large technology deployment.

What's the best tech innovation for restaurants to make its debut recently?

Tableside payment for credit and debit cards, which is going to be widely adopted in the next few years. Full-service restaurants are one of the few remaining places where cardholders are asked to hand over their cards. While we've made great strides over the past few years in improving the security of our credit card networks, this remains a vulnerable area.

What tech innovations have been under-hyped?

On the corporate side, virtualization has been a key technology in our business continuity and server consolidation initiatives. While it's not exactly a secret, I'm surprised it's not being talked about more in store-level solutions. It has the potential to allow each software application to operate in its own environment without the extra hardware.

How about over-hyped technologies or IT strategies?

Alot of us, myself included, have been guilty in the past of over-reporting. Our ability to process, collect and store large amounts of data has dramatically improved over the past decade, and there are now many phenomenal tools for reporting down to the most granular level of detail. While this level of detail is important in many situations, it can also be overwhelming. At the end of the day, reporting should be focused on the key metrics that support the goals of the company.

What type of technology would you like to see developed for the industry?

I'm excited about anything that can take our managers out of the office and allow them to spend more time on the floor of our restaurants and closer to our guests. Continuing improvements in workflow technologies can take much of the administrative load off operators.