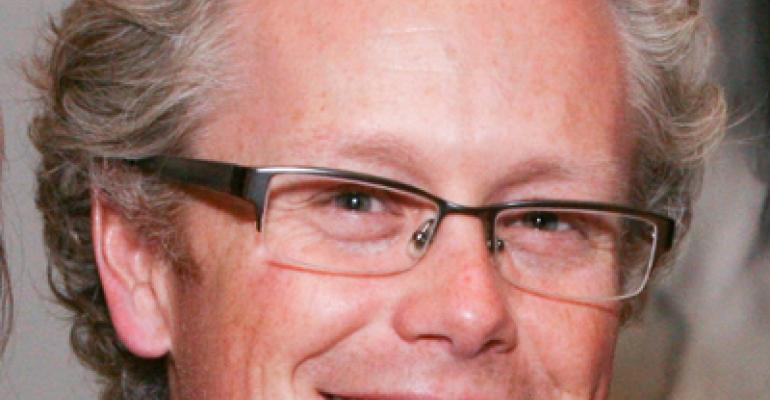 Chief information officer talks about the appeal of self-order technology

Editor's Note: A previous version of this story has been updated to include the correct name of the company discussed, which is Stacked Restaurants LLC.

As the chief information officer for Stacked Restaurants LLC, a fast-casual start-up that allows guests to order their meals using at-table touch-screen tablet computers, Brian Pearson says he is faced with a concept that requires a different technology focus.

Before being named Stacked’s CIO in August 2010, Pearson spent six years as vice president of information services at BJ’s Restaurants Inc., where his department supported more than 100 casual-dining restaurants. Before that he spent two years as director of information systems at Ruby’s Diner.

Since May, Stacked has opened two restaurants in Torrance, Calif., and San Diego featuring a system that enables guests to close their own tabs and pay using credit cards, speeds the delivery of requests to the kitchen or bar, requires fewer or no employees to take orders, and gives patrons the feeling they have more control over their dining experience.

A third location is in development.

EARLIER: A look inside Stacked from BJ’s founders

Pearson spoke with Nation’s Restaurant News about his job at Newport Beach, Calif.-based Stacked Restaurants and the technology used in the company’s concept.

What takes up most of your day now?

It's been really exciting, and I love not being shackled to the old-school tech that I've had to always solve [problems] for in other concepts. Other than constantly tweaking the guest user interface, I'm spending a good bit of time on real-time analytics.

Talk a little about your self-order setup.

Guests order directly from the iPads and they can customize their selections based on the options for burgers, salads, pizzas and sausages. We also have some great customizable shakes and ice cream sandwiches. They also can pay on the iPad, and we can e-mail or print a receipt for them.

How much work was it to develop or find ruggedized tablet computer holders?

The enclosures were one of the trickier areas, since there was nothing in the marketplace that would provide security, a magnetic-stripe payment card reader enclosure and the ability to put in a spare battery. It was a mountain of work, but we're pretty happy with the result, both aesthetically and in terms of functionality.

Can you provide a general description of the ordering-system architecture?

Everything runs on an extremely robust, hardened wireless local-area network and hits an in-restaurant virtualized server farm. We push data to the cloud every hour.

Why do you feel a guest-self order platform better lends itself to data analysis than a point-of-sale (POS) system with stationary order entry terminals shared by multiple servers?

One thing that's always frustrated me is that most of the legacy point-of-sale-system solutions don't really allow you to know when something is truly ordered by a guest. Even if you do get information about when the service staff hits the SEND to kitchen button, which many systems don't make clear, that's only an indicator of when they got back to the POS terminal and entered the order.

At Stacked, when a guest hits “SEND TO KITCHEN,” it's literally when the guest wants it. I've got product mix and sales data by the second, if I want it here. When you can tie that into the labor in the kitchen, it really gives us the ability to schedule the right cook at the right time. It also tells us which way the business shifts by product segment.

How are you leveraging that information?

I'm using a scripting engine to push it to the cloud. We even have a private Twitter feed that tells our management and executive team sales and labor data by the hour.

You just set up a Twitter account and mark it as private. Then anyone who wants to “follow” you, requests to “follow” and the private account has to authorize it. It’s totally free, and it changes the way people think of reporting.

Did you custom build a POS system application, or just an input and user interface?

We've worked with two separate development firms for the user interface and the POS back-end application.

About how long has the software development work taken?

It's taken us a little over a year, and we're still evolving many of our ideas. We've been really focused on making sure the guest has something that is appealing, and easy to use.