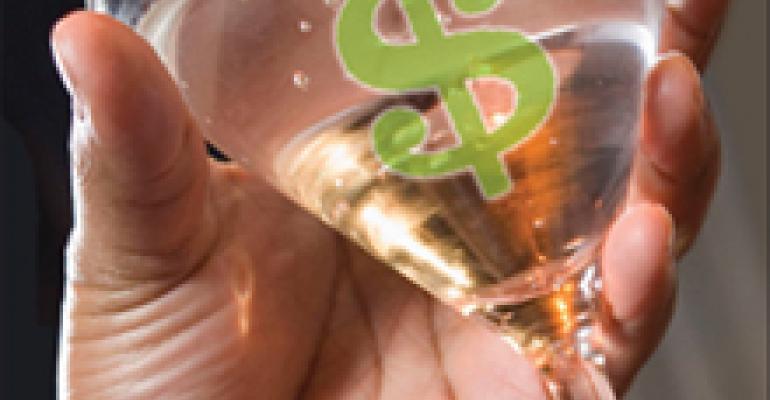 Pittsburgh-area restaurateurs are hopeful that a 60-second radio ad will help persuade local lawmakers to swear off enacting a potentially damaging alcoholic-beverage tax. The ad, which is backed by the Pennsylvania Restaurant Association, does not mince words:

“Isn’t it amazing that on the one hand the politicians spend millions of our tax dollars to promote the hospitality industry and tourism in Allegheny County,” a woman says in the ad. “Then with the other hand they want to give Allegheny County the power to slap us with a new 10-percent hospitality tax.

“I’m a waitress, not an economist, but that doesn’t make good business sense to me.”

The ad goes on to say that 500 hospitality jobs could be lost in the Pittsburgh area if the threatened alcoholic beverage tax is passed.

The conflict being waged in this southwestern Pennsylvania county over a threatened alcoholic-drink levy is just one of a growing number of local excise-tax-related battles being fought around the country.

While high-profile issues like trans-fat bans, menu labeling, smoking, health care and immigration often grab the headlines, the restaurant industry increasingly struggles with state and local alcoholic-beverage and meal taxes that cut into the bottom line.

The Distilled Spirits Council of the United States—or DISCUS, which helped to create and fund the Allegheny County ad with the Pennsylvania Restaurant Association and a coalition of other trade groups—said alcoholic-drink tax initiatives were debated in 36 states in 2007. While some two dozen were defeated, threats still exist in Arizona, California, Massachusetts, Michigan, New Jersey, New York, North Carolina, Ohio, Pennsylvania and South Dakota, the Washington, D.C.-based group indicated.

Acknowledging that food and drink taxes are not new to the restaurant industry, David Wojnar, vice president of state government affairs for DISCUS, nevertheless said his group has been monitoring an increase in these kinds of measures. “I suspect it will be a trend,” he added.

The alcoholic beverage taxes are attractive to lawmakers because alcohol already is a product that is highly taxed, Wojnar said.

“In most states, half of the cost is some form of state or federal excise tax,” he said.

The proceeds from such taxes can be applied to a wide variety of needs. For example, while a proposed drink tax in Maine this year was earmarked to fund a state substance abuse program, the Allegheny County tax would be used for mass transit and other transportation issues in and around Pittsburgh.

“Whenever lawmakers are looking to raise money, they turn to alcohol,” said Dick Grotton, president and chief executive of the Maine Restaurant Association.

Grotton said the Maine bill, which would tack on 10 cents per drink, has been pushed forward into next year’s schedule. Maine already has a 7-percent tax on meals and lodging.

“It’s so easy for the government to go after ‘sin’ taxes,” said Rick Sampson, chief executive of the New York State Restaurant Association. “If the economy goes south, and they’re having a problem, that’s what they turn to.”

Sampson said a bill to increase the excise tax on beer in New York is pending in the state legislature.

Restaurant operators in Pennsylvania’s Allegheny County and the PRA, meanwhile, are gearing up for a fight in the fall. The measure, which was passed by the state legislature earlier this month, includes “enabling language” that gives the county executive and the 15-member council the ability to levy as much as a 10-percent alcoholic-beverage tax on operators in the area.

The coalition initially had fought the measure at the state level, arguing that Pennsylvania’s distilled-spirits excise tax was among the highest in the region. The tax currently is $6.54 per gallon. Of the six states bordering Pennsylvania, only Ohio pays more, with an estimated excise tax rate of $8.40 per gallon. By comparison, the tax in New York is $6.44 per gallon, New Jersey is $4.40, Delaware is $3.75, West Virginia is $1.70, and Maryland is $1.50.

“Our battle lines have now shifted to the county executive and council,” said Patrick Conway, chief executive of the PRA.

Conway said that in addition to continuing to air the radio ads, the PRA plans to launch a petition drive at restaurants in the area.

“We want to get customers involved too,” he said. “This is a tax on consumers as well as licensees.”

Kevin Joyce, owner of The Carlton, an upscale restaurant in Pittsburgh, and chairman of the PRA, said he believes the impact of a 10-percent drink tax “will be considerable on business.”

During the debate in the state legislature, some proponents argued that Philadelphia has had a drink tax since 1994 and it has not hurt the hospitality community there. Joyce, however, argues: “They’re not comparing apples to apples. Philadelphia is a prosperous region, and the economy there is thriving. There is a high level of personal income.”

Western Pennsylvania is not experiencing the same economic boom, he said.

“The city has lost about 400,000 people in the last 15 years,” he said, “and we’re having a serious challenge to rebuilding ourselves economically.”

Noting that area diners are price-sensitive and looking for value, Joyce said the 10-percent drink tax could add an average of $20 to $25 to a dinner bill for a party of three couples.

“That puts us at a serious disadvantage to our neighboring counties,” he said, “and we know that people will cross county lines to save money on a bar bill. We see this as a serious threat. This will result in a loss of jobs and some places will go belly up. Indies will be the first to fall by the wayside. People are just surviving now.”

Allegheny County Council president Rich Fitzgerald indicated, however, that even if the tax were enacted in the fall, it might not be as high as 10 percent, and he promised that there would be public hearings.