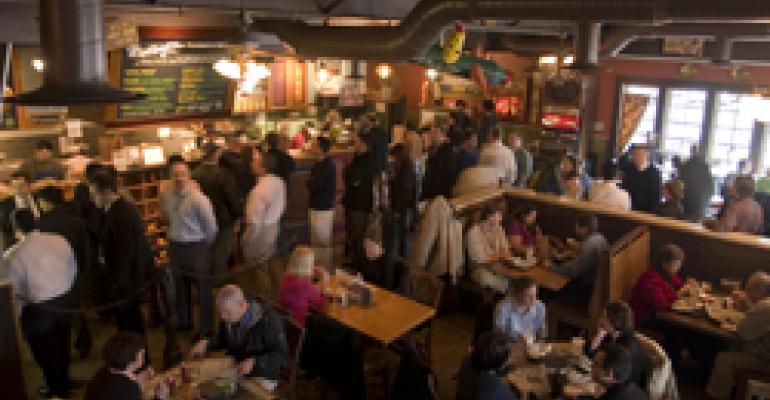 Potbelly, which began its franchising late last year, granted its first franchise in August to Arturo Daly and Danytsia Enriquez in El Paso, Texas. A public-relations representative for the more than 200-unit chain confirmed that Potbelly contacted more than 6,000 interested franchisees in the past year.

Potbelly has expressed an interest in recruiting couples as a way to tie the franchises to local communities, saying in its online brochure, “We have a strong desire to have family-owned stores, and our ideal franchisee would be a married couple or life-partner team.”

As such, the Gibbses “fit perfectly with our brand,” Aylwin Lewis, president and chief executive of Potbelly, said in a statement.

“As a married couple with deep roots in Toledo, they’ll be able to weave Potbelly into the fabric of the community, just as the original Potbelly owners did with their shop in Chicago," he said. "We’re growing with franchisees who share a passion for community and our vision to offer a unique experience with great-tasting food, live local music as well as friendly and lively people.”

The Chicago-based chain has franchise markets available for development in 17 states, mostly in Texas, the Midwest and Mid-Atlantic. Potbelly estimates opening costs for a franchise to range between $456,000 and $768,000, including the $40,000 franchise fee. Contributions to the brand’s marketing fund run 4 percent of gross sales, and sales royalties are 6 percent for gross sales up to $1 million and 7 percent for all sales after $1 million.

According to Nation’s Restaurant News’ research, Potbelly had estimated systemwide sales of $222 million in fiscal 2009, with an estimated average unit volume of about $1.05 million.