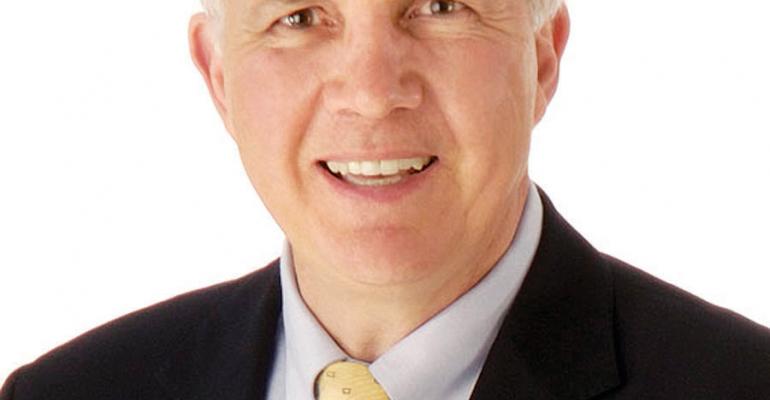 Peter Francese on the restaurant customers of tomorrow

Together the two massive generations make up about 165 million people and represent about 65 percent of restaurant spending, he said during his keynote speech, “Snapshot of America: Who will your customers be tomorrow?” And there’s room to grow, he added, noting that millennials will begin creating new households, and baby boomers will defy the stereotype of the grouchy, penny-pinching elderly restaurant customer.

The baby boomers will redefine what it means to be an aging consumer, said Francese, founder of American Demographic magazine and demographic trends analyst for Ogilyvy & Mather. They’re less likely to be retired than previous generations, either because they enjoy working or because they aren’t financially prepared to. They’re also going to be heavily involved with their grandchildren’s lives.

“And what do grandparents like to do more than take their grandchildren to restaurants?” Francese said.

Meanwhile, their adult children — millennials, or those between ages 25 and 34 — are spending 10 percent to 20 percent above average and will be creating relationships with restaurants as they build their families.

“This is the second baby boom,” Francese said. “They’re far more tech savvy, they’re far more into social media. Every single one of them has a cell phone. And they are your customers of tomorrow.

The challenge for restaurants is to meet the specific needs of one demographic group without alienating another.

“How do you serve multiple generations?” he asked. “Because they’re going to come into your restaurants [together]. How do you let them know that grandpa will be safe in there, and grandma will not be turned off by all the TV screens? And the kids will have a good time, too.”

Yet even as he urged restaurants to target these broad age groups, he noted that there is opportunity in a number of new niches emerging among U.S. consumers. Changing family structures, regional ethnic makeup and even food preferences will create new customer bases craving attention from retailers.

“There are no typical, average, ordinary, median consumers,” he said. “We are a nation of niches. Food niches, demographic niches, income niches, you name it.”

Among the groups Francese said to keep an eye on:

• Hispanics: This group recorded the highest population growth between 2000 and 2010, up 40 percent versus only 2-percent growth among white non-Hispanics.

• Single mothers: The traditional family – “mom, pop and one or more kids” is becoming a thing of the past, he said. Forty-one percent of children are born to women who have never been married, he said, adding that there is no longer a social stigma to having children out of wedlock. Married couples now make up less than half, or 49 percent, of households, he noted.

• Female heads of households: A rising percentage of households — now nearing 50 percent — are headed by women, in many cases because they have out-of-work husbands. “It would not surprise me at all if women are household head of most families,” Francese said. “They are the decision makers.”

Despite the significant demographic changes predicted, Francese said that attendees shouldn’t make rash decisions, but instead should focus on long-term strategic thinking. The biggest mistake, he said, is ignoring the demographic shifts entirely.

“Demographics is like a glacier,” he said. “It moves in slowly. You can just barely see it moving, but if you aren’t aware of it, it’ll crush you.”