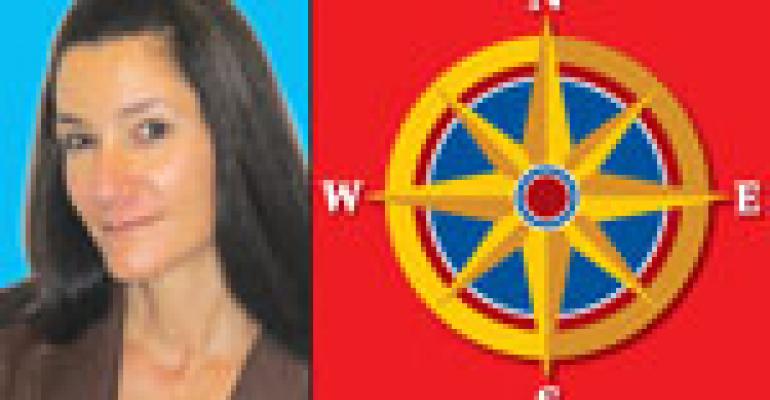 Passionate people find a wellspring of opportunity in the restaurant industry

The day I sat down to write this column, I realized that it was—unbelievably—my six-month anniversary as the Southeast bureau chief for Nation’s Restaurant News. When I wrote my first column in June, I said I knew I had a lot to learn about the restaurant industry. In retrospect, however, I had no idea how much.

The past half-year has been a whirlwind of travel and introductions. I’ve met with many executives, toured several operations, attended conferences and, of course, eaten very well. I’ve covered several interesting events and have enjoyed meeting many of you in person. But I know I’ve barely scratched the surface.

Every day I am humbled at the breadth of the industry—its impact on society and the huge number of people in it. That said, the industry is also surprisingly small. Everybody seems to know everybody.

Still, what stands out the most is the passion and pride I see out there among you. I don’t need to tell any of you how difficult restaurant work is. But meeting people whose eyes sparkle when they discuss their business, or those who could comfortably retire on the money they’ve made but instead open new restaurants, proves that foodservice is a labor of love.

I have witnessed that gleam over and over again during my conversations with both owners and employees. In July I met Bojangles franchisee Joe Dyer. Dyer was discussing the endless struggle to find employees.

He lamented, “Despite the fact McDonald’s has made more millionaires than any other company, nobody stops by the fast-food table at job fairs.”

Before joining NRN, I had little reaction when I heard adults say to young people, “If you don’t do better in school, you’ll be flipping burgers for a living.” Now I say, “What’s so bad about that?” Certainly, many folks pursue careers in the restaurant industry. Others enter it out of necessity and then discover it is the place for them.

Fred Olama, a Florida-based franchisee for Golden Corral, is one of those people. I visited Olama at his North Lakeland store in August. The spotless restaurant is his first Golden Corral location, although he has plans to open three more.

A native of Iran, Olama came to the United States in 1976 to study mechanical engineering. He washed dishes and cooked at a Denny’s to support himself, and he earned his degree from the University of Central Florida in 1981. The political situation in Iran kept Olama from returning, and as a temporary way to earn money, he purchased his first Denny’s. In time he owned three units.

Olama, who recently sold the Denny’s stores, thought he would eventually go into engineering. But along the way he found in the restaurant industry the personal fulfillment so many others have found.

Like so many others I have met in the last six months, Olama had that gleam in his eye, that palpable pride he feels for his restaurant.

I believe that every day is a gift. To have a passion for what you do every day makes the gift even greater.