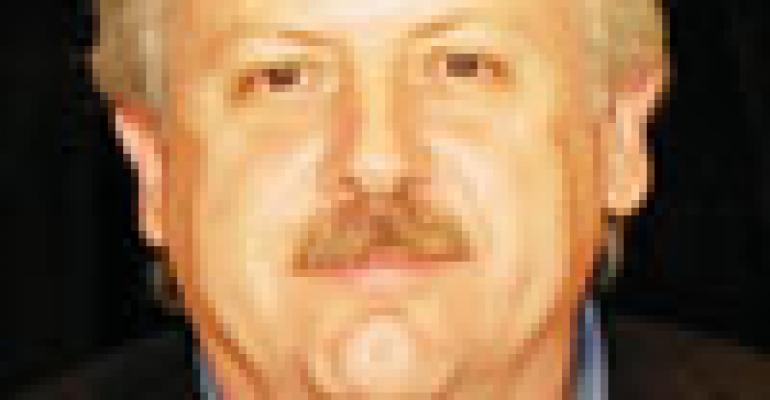 There are plenty of technologies to weigh during the course of Paul Valle’s workday, both sexy and straightforward. But Valle, Papa Gino’s Holdings Corp. chief information officer, knows that he can’t get distracted as he walks the tightrope dividing his department’s IT vision and overall corporate considerations, such as the cost of investing in new information tools and the need for a demonstrable return on investment.

“The best way to handle it is to work with other members of upper management as a team to decide what we need, what will work and whether the financials fit,” he says of the inner workings of PGHC, which operates or franchises more than 370 Papa Gino’s Pizzeria and D’Angelo Grilled Sandwiches outlets. “I can’t expect to just walk in with the coolest invention and get a stamp of approval just because it’s the latest thing.”

Such professional detachment was probably not evident when he caught the IT bug during his senior year at Furman University in Greenville, S.C., after diverging from his liberal arts curriculum to enroll in a COBOL computer programming course.

“During that class, I was fascinated by what [one] could program a computer to do,” he says of the move that ultimately sent him down a 30-year career path. That path began at a consulting firm, where, as fate would have it, his first assignment involved restaurants.

What were Papa Gino’s last three major IT projects?

For starters, we implemented the Cognos Business Intelligence solution from Cognos. We went live with it in one store in September 2008 and immediately began a widespread rollout to all stores, which was completed by mid-October. We have also deployed the ONOSYS Online Ordering system and, finally, the MailChimp e-mail marketing tool for [disseminating] targeted offers to consumers who opt-in to receive them.

What prompted these changes, and what impact have they had?

The business intelligence solution was brought in because we needed to replace our disparate, paper-based system of Excel spreadsheets with a centralized vehicle for gathering and reporting data. With the spreadsheets, collaboration among individuals and departments was difficult because everyone seemed to have a different version. This is no longer the case. We’re spending less time amassing data—and more time acting on it.

As for online ordering, it’s what our guests want. One-third of our pizza business comes from call-ins, and we sensed that there [existed] a sizeable number of guests who, if given the opportunity, would prefer the even greater convenience of placing orders via computer. The online piece is blossoming, with the volume of orders more than tripling in the six months the technology has been in place.

Our e-mail marketing initiative was also a response to guest demand. More than 90,000 people have opted in to receive our e-mail offers, and the subscriber list is growing at a rate of several thousand names each week. I cannot quantify the return rate, but it is high enough to consider expanding into distributing coupons in text messages sent to subscribers’ mobile phones.

What is the next big IT project you’d like to get started on, and what’s behind it?

We’re actually in the process of replacing Chelsea, our homegrown POS system. It’s several years old and cannot handle as much information as we would like. Systems from several vendors are under consideration.

Meanwhile, we’re looking at a major information security and data privacy initiative. Data protection is a primary concern no operation can ignore.

How much say do you have in the IT systems used by franchisees?

We have a significant amount of control. For instance, franchisees will need to deploy an approved POS solution once we’ve migrated away from Chelsea. However, there is and will continue to be some flexibility. As an example, online-ordering technology is not mandatory.

Does your department have much hands-on responsibility for Web-based or mobile marketing, and do you see this as good or bad?

Responsibility for both currently falls on our shoulders, but this is going to shift a little. Gradually, brand development will ‘own’ these initiatives, and IT will become part of a larger support team. This is a good thing, as IT’s job is to empower end-users with technology, rather than ‘own’ it ourselves.

How would you describe your management style?

What emerging technology has your undivided attention? Why?

Applications for protecting privileged data. What’s being done in this area is amazing. For example, my work laptop has a fully encrypted hard disk, so if it is stolen, no one will be able to do anything with the information on it. Considering the number of threats to data security, these applications deserve any attention they receive.