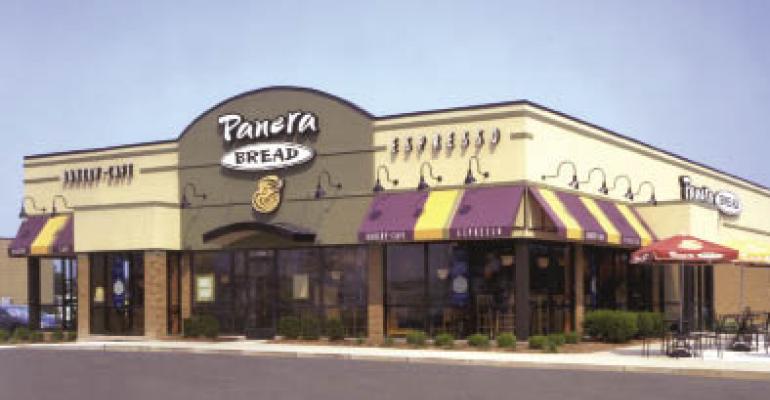 Despite tepid consumer spending and a sputtering economic recovery, restaurant chains reported that more guests walked through their doors in the third quarter.

Earnings reports for the three months ended in mid-fall suggest that sales across the industry may finally be stabilizing — or even growing — after years of declines due to consumers’ unwillingness to shell out money for a meal out.

“We saw steady improvement pretty much across the board in both the casual-dining and quick-service spaces,” said Morningstar analyst R.J. Hottovy.

Casual-dining chains, in particular, appear to be seeing some relief from the big sales drops and anemic spending that led to rampant discounting and declining profits in 2009.

Hudson Riehle, senior vice president of the research and knowledge group at the National Restaurant Association, said the gains came despite still-weak consumer confidence due, in part, to the stubbornness of the country’s unemployment rate.

But Riehle said that even though the unemployment number is stuck close to 10 percent, private-sector employment has grown in small amounts each month this year. In October, private businesses added 43,000 jobs, according to ADP, an outsourcing firm that releases a monthly report on private-sector hiring. ADP estimated that private employers have added about 34,000 jobs, on average, every month since February.

Upscale chains also saw gains in profit, sales and guest traffic during the quarter. The segment was particularly hard-hit as business travel and vacation spending took a back seat to essentials throughout the recession.

Ruth’s Hospitality Inc., owner of the Ruth’s Chris Steak House chain, reported same-store sales at its flagship chain grew 4.9 percent in the third quarter. The boost was the chain’s best since the fourth quarter of 2006. The company also said the chain generated positive sales in California and Florida, the company’s two biggest markets and two states that have been devastated by the crash of the real estate market.

On a conference call with investors at the end of October, chief executive and president Mike P. O’Donnell said holiday party reservations — a large part of the company’s sales receipts in the fourth quarter — are up 17 percent from last year.

“We are looking forward to our most successful holiday private-dining season since 2007,” O’Donnell said.

O’Donnell’s optimism appears to be typical of the sector. Riehle said upscale-dining operators now have substantial optimism for the next six months because of a rise in business and international travel and an increase in disposable personal income from the troughs of 2007 and 2008.

“It’s not an optimal environment for growing higher-check full-service sales, but trends are definitely in the right direction,” he said. “As the market rises and incomes slowly move up, [diners] do loosen their purse strings.”

On the other end of the price spectrum, quick-service chains continued to grow sales in the third quarter, with stalwarts like McDonald’s Corp. reporting global same-store sales rising 6 percent and net income up 10 percent. Fast-casual chains also excelled during the quarter, with Panera Bread Co.’s net income jumping more than 20 percent and same-store sales growing nearly 7 percent. Einstein Noah Restaurant Group Inc., which owns a string of bakery-cafe chains, said systemwide same-store sales rose for the first time this year in the quarter.

Other quick-service chains, particularly in the pizza segment, were hurt by discounting, a practice common in the past year among operators competing for the value-focused customer. At Papa John’s International Inc., profit rose about 7 percent but domestic same-store sales fell 1.6 percent at company-owned restaurants and 0.3 percent at franchised units because of discounting, which lowered average checks.

All restaurants have been relying somewhat on value-priced offerings to bring in more traffic during the past few years. Even upscale chains like Ruth’s Chris added lower-priced options to their menus. Ruth’s Classics program, which offers meals at $39.95 and $49.95 price points, are now mainstays of the chain’s menu. But discounts may not continue on all menu items. Hottovy said consumers could see some price increases in 2011 given increases in commodity prices.

“I don’t think we’re going to start to see a major increase given consumer sensitivity,” he said, “but maybe 1 to 2 percent gradually throughout the year.”

Most restaurants have already signed contracts for the first six to nine months of the year for key commodities that are integral to their menus. But once those contracts run out, higher commodity prices could hit margins and profit, necessitating a small price increase to keep profit at stable levels.

Jeff Omohundro, a Wells Fargo Securities analyst, said in a note to investors earlier this month that casual-dining chains and steakhouse restaurants could experience double-digit inflation next year.

“The latest forecast reflects a pickup in inflation for beef and potato/French fries commodities, offset in part by less anticipated inflation for chicken wings,” he said in the note.

While some restaurants may be pressured by higher commodity costs, others are already thinking about how to turn recent profits and sales into a bigger sales base. Although most chains have been reluctant to grow and open new locations, Texas Roadhouse said it would begin opening up new restaurants in 2011. The chain expects to open 20 new corporate locations next year.