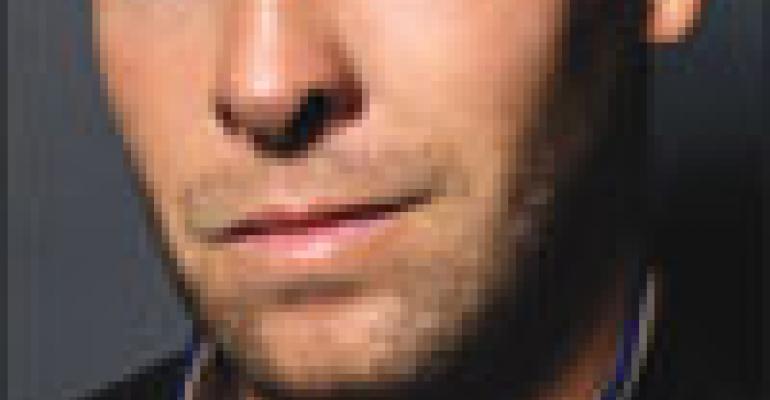 New York entrepreneur and restaurateur John McDonald has come up with a new “perk” for his employees, an energy and immunity booster call E-Boost. The effervescent product is a blend of vitamins and minerals, including B12, C, magnesium, zinc, potassium and amino acids. McDonald said E-Boost was a hit with his restaurant employees, so he and partner Josh Taekman approached boutique hotels to help sell it. E-Boost now is stocked in minibars in more than 1,500 hotel rooms through deals with the W hotels and Morgan Hotel Group.

McDonald, who opened his first restaurant in 1993, long had been a fan of immunity boosters. The busy entrepreneur knows how to burn candles at both ends. In addition to his restaurants, which include the tony Lever House in midtown Manhattan and Brasserie 44 in the newly remodeled Royalton Hotel, he is editorial director and publisher of the luxury lifestyle magazine CITY. McDonald spent nearly two years tinkering with a formula before launching E-Boost this spring. He believes he had the perfect test group for his experiments: his hard-working restaurant employees.

Why were restaurant workers a good test market?

Do you offer regular health insurance to your employees?

Yes. We’ve had that. But if you just watch your employees—they are always pumping themselves full of caffeine and coffee, taking Advil, vitamins. They need to have their immunity and energy built up.

How did employees react?

We had bartenders, waitress, servers and kitchen staff saying they were taking it and feeling great. They were not feeling as beaten down. We got great feedback. Our approach is this is for anyone working hard—athletes, working mothers, people on Wall Street. But I do think [restaurant workers] push the envelope a little harder than most.