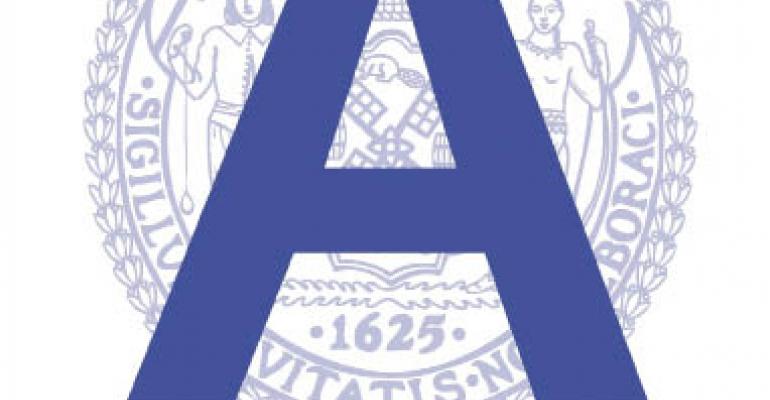 Carrie Levin has run her restaurant on New York’s Upper West Side for the last 29 years, but throughout the summer, she was terrified that any day could be her last one in business.

Levin’s restaurant, Good Enough to Eat, a 50-seat bistro on 83rd Street and Amsterdam Avenue, had been inspected by New York City’s Health Department, and things did not go well.

“First, they said we were operating without a permit and that there was evidence of rodents. That was a total lie,” she said. “The third [violation] said we had cross-contamination [on the soda gun]. They were right about that; it does get dirty if you don’t clean it every day and every night, but we cleaned it up immediately. In all, they said we had nine violations, but we have a very good establishment here.”

For Levin and other New York restaurateurs the new letter-grade system comes at a time when many have already been badly bruised by Wall Street’s 2008 meltdown and the ensuing recession, making them particularly vulnerable to any event that may result in a loss of sales — like a poor grade.

Under the new system, which took effect in July, restaurants with between 0 and 13 violation points will receive an A grade and be inspected annually. Those scoring 14 to 27 points will receive a B, and those with 28 points or more get a C. Restaurants receiving grades lower than an A will be visited by health department officials more frequently.

New York is not the only jurisdiction with letter grades. Others include Dallas, Louisville, Ky., Los Angeles, San Diego and such states as North Carolina, South Carolina and Mississippi. And although the decision to put letter grades in place initially worries restaurateurs, some communities have found them to be beneficial for both the dining public and operators.

As Los Angeles celebrated the 10th anniversary of its letter-grading system in 2008, county officials released data showing that more restaurants were winning top marks and that there was a correlation between high grades and sales increases. An earlier study from 2005 found that Los Angeles County’s grading system had contributed to a sustained 13-percent reduction in hospitalizations for foodborne illness.

Already, New York restaurateurs are rising to the occasion. In late August, the health department said that 80 percent of the 250 restaurants inspected under the new letter-grade system had earned A or B grades. Meanwhile, 12 percent received a C, and 8 percent were closed to correct health hazards.

Still, the fear among New York operators is palpable.

Levin said the worst part of her experience was when the initial inspection results were posted on the health department’s website before she had a chance to prove them false.

“They can do anything they want,” she said. “They could close me down. I was scared. That [inspector] just stood there. They’ve got to understand I have 30-something people working for me, and we were all scared we were going to lose our jobs here.”

Good Enough to Eat is one of 24,000 restaurants in New York eligible for letter-grade inspections, and many are equally concerned about the new program, said Andrew Rigie, director of operations for the New York State Restaurant Association.

“Many restaurants that are safe and sanitary, that have never been closed by the health department, are so intimidated that they and their employees’ livelihoods are constantly under threat,” he said. “No one opposes inspections and regulations, but the whole system scares people.”

Upon its Aug. 13 re-inspection, Good Enough to Eat received the equivalent of a B and a Grade Pending sign, but Levin remains dissatisfied and is awaiting a tribunal hearing with health officials in September. She estimates she has spent about $10,000 to correct the violations cited in both inspections.

Loss of sales is another concern.

“There is a stigma attached if you see a C in [someone’s] window,” Levin said. “It’s perceived as a bad grade even though it doesn’t amount to an enormous number of violations. ... This [letter-grade system] is going to be bad for tourism, bad for business.”

Conversely, there’s a competitive advantage for those operations receiving an A.

Brett Trimarchi, a district manager for the Riese Organization, owner and operator of a T.G.I. Friday’s in midtown Manhattan that received an A, said the grade resulted from careful preparation, including the regular use of a safety checklist.

“What we do — and have done in the past — is use a checklist, and it is used at least three times a day,” he said. “We get all of the help involved in this — everyone from the servers to the dishwashers to the cooks. It is used early in the morning, before we open, and again before shift change at around 4 or 5 p.m. We try our best to catch every little detail.”

Trimarchi said he thought the letter-grade system was good because “it will keep all the restaurants on their toes.” He acknowledged that none of the other nine T.G.I. Friday’s restaurants Riese operates has been inspected yet, but he is confident they, too, would receive A grades because they use the same checklist.

Dan Kass, the health department’s deputy commissioner for environmental health, said the new system is not intended to hurt business. Rather, it is designed to ensure the public health.

“We concluded, after taking a very hard look [at the system already in place], that fines alone and periodic visits would not be sufficient,” he said. “We also took a hard look at the consequences of who would get sick. Every year [in New York] there are over 5,000 [occurrences] of sickness and 10,000 emergency room visits. We are not comfortable with this and want to see that number decline.”

Kass, who confirmed the letter-grading system cost  $3 million to implement, said he expects it would provide greater transparency.

“What we’re going to experience is that we’re all going to be on the same page,” he said. “[Both restaurateurs and their customers] will have a daily reminder in the window. Protecting the public health is paramount.”

More inspectors have been hired for the increased number of inspections, he noted.

“We want this to be really fair; we don’t want restaurants to be stuck for a year with a C in their windows,” he said.

Still, industry experts are wary. Rob Bookman, general counsel for the New York State Restaurant Association, noted that between one-third and one-half of the violations are corrected before an inspector leaves.

“These inspections are a snapshot in time, and a letter that remains on the window for four, six or seven months, is not accurate, not a constant,” he said.

Kass said the department has tried to accommodate operators’ concerns.

“Will everyone be happy with the program?” he said. “No. But we’ve set out to have a system that was fair and that answered a demand for greater transparency. We think we’ve hit the right balance.”