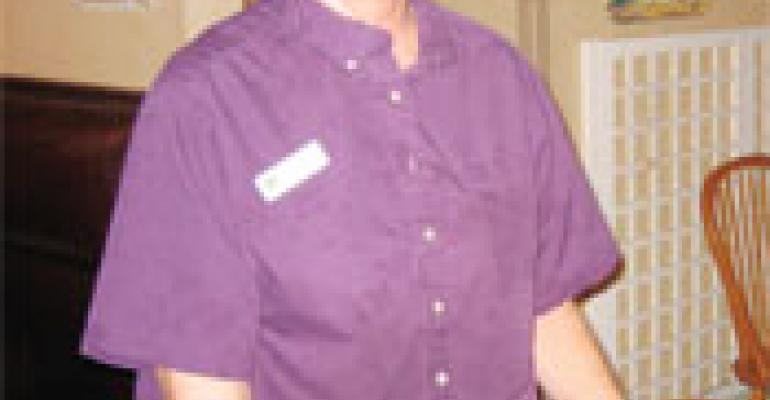 The NRN 50: Paying attention to retention

A mother of four children, Jan O’Connor wanted to make extra cash when she applied for a waitress job at a Monical’s Pizza in Bradley, Ill. That was 27 years ago. Today she’s still a Monical’s server. “I didn’t think it would last this long,” says O’Connor, who now works at the Monical’s in Bourbonnais, Ill. “I guess I never really thought about it. I’ve been happy at Monical’s, and the years just flew by.”

O’Connor’s tenure defies the odds in the restaurant industry, where high employment turnover has always been the norm. When new concepts opened in the 1970s and 1980s, applicants lined up around the block. They vied for jobs at the new Steak and Ale, Chili’s, Red Lobster, or Bennigan’s. If someone quit, finding a replacement was fairly easy. But that changed by the mid-1990s with an increase in competition and a decrease in population of industry’s core employee demographic: 16- to 24 year-olds. Attracting applicants became more difficult. Suddenly turnover, considered a part of doing business, was becoming expensive and difficult to control, and it still is.

“The Industry of Choice,” a landmark study on employee satisfaction, showed the restaurant industry that it had a real problem with turnover when it was published in 1999 by the National Restaurant Association Educational Foundation and the Coca-Cola Co. Based on data gathered in 1997, the report estimated that restaurants, on average, turned over half of their managers every year and replaced their hourly staff by 125 percent every year.

“The ‘Industry of Choice’ report had a huge impact in that it basically exposed the 800-pound gorilla in the room no one wanted to talk about,” says Harry Bond, president of Monical’s, the full-service pizza chain based in Bradley, Ill., which has 61 units, including 27 franchises.

The “Industry of Choice” figures have improved in the past decade, but not by much.

According to People Report, a Dallas-based firm that tracks human resources metrics for more than 100 restaurant companies, average management turnover has meandered its way down from about 33 percent in 1997 to almost 26 percent in 2007, while hourly turnover has slid from 118 percent to 105 percent over the same 10 years. Those rates exclude quick service.

A quick-service study by People Report found a 151-percent average turnover for hourly employees and 40 percent for managers in the fourth quarter of 2007.

Demographics, competition, pay, hours, bad management and an attitude that accepts worker churn as a part of doing business all conspire to keep high turnover alive, operators and industry observers say. The industry also continues to provide the first job for almost half of all Americans, according to the National Restaurant Association, so there will always be some level of turnover. But operators who are able to hold on to employees longer are finding they can lower labor costs and improve profits.

Restaurants can improve retention once top executives or owners make a decision to focus on it, says Joni Doolin, founder and chief executive of People Report.

“We will always deal with turnover,” Doolin says. “But companies that control and manage performance will clearly be the top performers.”

“People look for a silver bullet, but there isn’t one,” Gathers says. “It’s business basics—just like hot food hot. It’s treating people with dignity and respect.”

Longhorn, a 300-unit chain, was recently purchased by Orlando, Fla.-based Darden Restaurants Inc., which also bought Longhorn’s sister concept, the 30-unit Capital Grille, from the former Rare Hospitality Inc. Both Long-horn and Capital Grille were honored for their low employee turnover in their segments—casual dining and fine dining, respectively—at the 2007 People Report leadership conference in Dallas.

White Castle, the 320-plus-unit chain based in Columbus, Ohio, posted the lowest employee turnover in the quick-service category, and Panda Express, a more than 1,000-unit Chinese concept out of Rosemead, Calif., took top honors in the fast-casual category.

These operators have similar employee practices. Their fight against high turnover begins with the hiring. Their managers are taught to be thorough and know what type of person to look for to join the organization. Some use behavioral assessments to better understand an applicant.

“We hold a high standard for the people we hire, and they tend to stay with us longer,” says Larry Behm, senior vice president of operations support for Panda.

Training is then paramount, as knowledgeable and capable employees are more comfortable in their jobs, Gathers says.

Once the right people are well-trained, retention comes down to an important matter revealed in the “Industry of Choice” report: a positive relationship with the immediate supervisor.

How to calculate turnover

Teaching operators how to figure out their employee turnover rates was a task for industry veteran George Rice when he became project manager for the “Industry of Choice” study, a report published in 1999 by the National Restaurant Association Educational Foundation and the Coca-Cola Co. The report examined unmet employee satisfaction issues that contributed to the industry’s high churn of workers.

“I would ask people what is their turnover, and I’d get a blank stare,” says Rice, who is now co-owner of the Tampa, Fla.-based consulting firm Revenue Based Management.

For the IOC report, operators were asked to take a fixed number of stores that had been open for a year. They counted the number of W4 forms filled out by new hires for those restaurants and compared it with the number of employees on staff at the end of each year. The W4 is a document that tells an employer how much income tax to withhold.

For example, if a company had 200 W4 forms but only 100 employees, they had 100-percent turnover, Rice explains.—Dina Berta

“The first question every hourly person asks when they come to work is who is the manager on duty,” Gathers says. “‘Who’s closing?’ is the first thing they ask in every restaurant in America.”

Monical’s server O’Connor points to her managers as one of the reason’s she’s stayed with the chain for so long.

“The management I’ve had, all the corporate people, have always treated me with great respect,” she says. “I feel they care about me. They offered me insurance, they gave me profit sharing, they’ve asked my opinions on a lot of things and they include me. Plus they pay me well.”

Monical’s began to seriously confront its labor issues when the Industry of Choice report came out, Bond says. At the time, the pizza parlors had an hourly turnover of 150 percent, he says, but by 2007, it was down to 70 percent. General management turnover today is about 10 percent.

Improved retention is one of the factors that have improved the company’s profitability, he says. While they have more restaurants today, they have fewer employees.