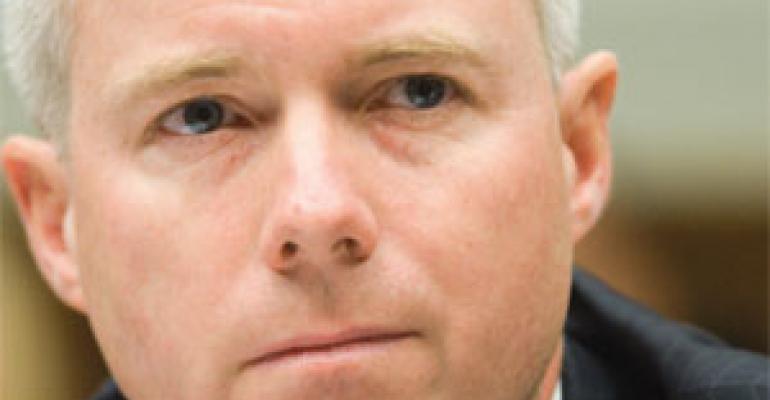 America remains a litigious society, with its penchant for lawsuits so far managing to survive every effort at tort reform. In fact, the American tort system costs more than 2 percent of the gross domestic product, more than double the average percentage of other western countries, according to the San Francisco-based Pacific Research Institute. The PRI says the U.S. tort system costs taxpayers $865 billion every year—27 times more than the federal government’s homeland security budget, 30 times more than the National Institutes for Health budget and 13 times the Department of Education budget.

If those numbers are a measure of society, it’s no wonder that the restaurant industry has seen its share of litigation, from wage disputes to harassment complaints to franchisees’ class actions.

“Litigation is a big issue for the restaurant industry,” says John Gay, senior vice president of government affairs and public policy for the National Restaurant Association. “It’s one that the National Restaurant Association has worked on for years and always will. The idea that there’s any one legislative fix that could solve the lawsuit problem—I don’t foresee that ever happening.”

The NRA has tried to make a dent, however, lobbying for federal obesity lawsuit reform and class action reform.

“But there are a lot of legal reforms that we’d still like to see that are just going to be very tough sledding,” Gay says.

Attorney Ari Karen, a partner with the law firm of Venable LLP, says employees sue for discrimination based on age, sexual preference and race; for not getting certain benefits; for not receiving meal and rest breaks; overtime; minimum wage; and the list goes on.

“The No. 1 lawsuit employers are now facing is the wage hour: minimum wage and overtime,” Karen says. “That may sound like it’s a little money, but you’d be surprised how quickly those numbers can add up. When you bring it across all your employees going back three to six years, depending on what state you’re in, you add attorney fees onto it, and a small amount of liability can very quickly become a very large number.”

Another frequently filed lawsuit involves breaks, he says. If a worker says he wants to skip his break and eat while he’s doing dishes, that’s a violation of various state laws, “but that scenario happens in almost every restaurant,” Karen says. “These laws are arcane. They were written in the ’20s and ’30s, and they don’t necessarily apply to the world we live in now.”

Until such laws are reformed, plaintiff lawyers will allege violations on behalf of clients. When those cases come before a judge, Karen says, the plaintiffs overwhelmingly win. But restaurateurs can easily prevent break and wage disputes by having an attorney familiar with state laws conduct an audit to discover a business’ vulnerabilities.

“An audit shows what you’re doing wrong, how it can be fixed, what the effects are, and it’s usually a few thousand dollars [compared with the higher cost of litigation],” he says.

However, discrimination is one kind of employee-initiated suit that the courts typically dismiss, Karen says. “In discrimination claims, you’ve got to prove intent,” he says, “and that’s hard to prove.”

Nonetheless, management education has helped restaurant brands from being on the wrong end of the gavel.

Hooters of America Inc., whose scantily clad waitresses are a part of the dining experience, won a discrimination lawsuit in Michigan recently. A female former manager alleged sexual harassment, pregnancy discrimination and retaliation.

“Employees and managers need to be trained on the policies on an annual basis,” says attorney Alisa Pittman Cleek of the Atlanta-based firm of Elarbee, Thompson, Sapp & Wilson, who represented Hooters. “We typically recommend that the complaint mechanism provide that all complaints should be taken to an individual who works outside the specific restaurant.”

At Hooters, the policy requires the complaint go to a regional manager, who is trained to investigate the matter and is required to pass a test on the applicable laws and how to handle the situation.

In the Michigan case, when the regional manager received the complaint of harassment, he immediately investigated by interviewing all parties involved. Soon the employee who was alleged to have harassed the assistant manager was terminated. The investigation and termination occurred within 48 hours of receipt of the complaint. The regional manager also followed up with the assistant manager by apologizing for what occurred and asking her to come to him directly in the future.

Ultimately, the arbitrator found that the assistant manager could not be believed, and the case against Hooters was dismissed. But that was an isolated victory.

“Without placing blame, we are seeing an increase in teenager sexual harassment cases because the [U.S. Equal Employment Opportunity Commission] is focusing on teenager harassment,” Pittman Cleek says. “We are probably seeing more pregnancy discrimination claims because more women are entering into management positions in the restaurant industry. It is typically a management employee who brings a pregnancy discrimination claim.”

Bill Marler, a specialist in food safety law, currently is suing Taco Bell,Taco John’s and Wendy’s. He has sued McDonald’s, ChiChi’s and Jack in the Box—the latter being a 1993 landmark case that awarded a 9-year-old girl $15.6 million for the effects of a burger-borne E. coli infection.

Years ago, Marler says, food safety complaints against restaurants were somewhat simple: You went to the restaurant and found the contaminated food and tried to determine the point of cross-contamination. Those were days when the restaurants took all the blame, he says.

Today, however, technology and science have allowed investigators to pinpoint a specific farm at which the contamination originated.

“What has happened from a restaurant’s perspective is that they are now able to tie it to some upstream product” and blame somebody else, Marler says. “Taco Bell and Taco John’s are great examples, where science and the technology linked a particular food item and particular supplier,” which probably wouldn’t have been possible 10 to 15 years ago.

“Some [contracts] are quite draconian, that simply say, if you send me product and that product poisons my customers, you’re at fault, pay me a bunch of money,” he says.

Health activists pose other kinds of challenges and can provoke sweeping change. After the Center for Science in the Public Interest sued KFC in 2006 for feeding its customers artery-clogging trans fats, city councils and health boards nationwide began planning bans on hydrogenated oils. While the NRA and state restaurant associations lobbied against those bills, the number of chains purging trans fats from their kitchens mushroomed to all but eclipse governmental mandates.

A contributing factor is the industry’s and the nation’s current economic woes, he says. “Many sectors are sucking wind to some extent” he observes, “and there’s nothing unique about franchisees that’s going to prevent them from doing what a lot of other players do when things get bad: They go to lawyers and sue.”