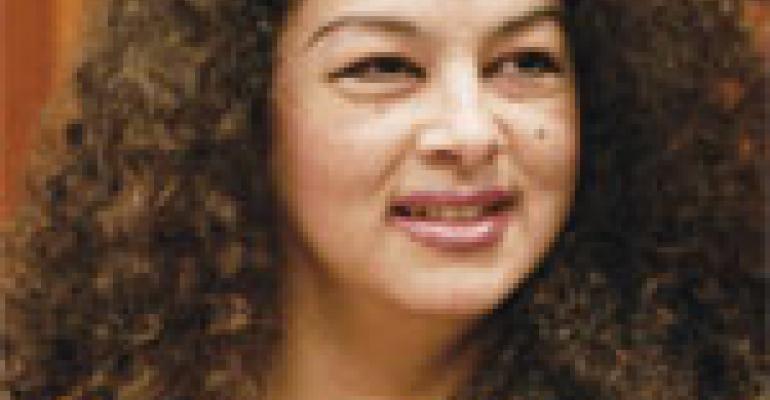 In spring 2005 a woman made national news by claiming she had discovered a severed finger in a cup of Wendy’s chili. Anna Ayala and her husband, Jaime Plascenia, both asserted that she had unwittingly bitten into the detached appendage while dining at one of the quick-service brand’s outlets in San Jose, Calif.

After several months, authorities determined that the couple had placed the finger in the chili themselves. Ayala and Plascenia were sentenced to nine and 12 years in prison, respectively. But for Dublin, Ohio-based Wendy’s International, the damage had been done. The company claimed to have lost more than $2.5 million in sales and suffered an almost irrevocable loss to its reputation.

Scams and theft occur in all shapes and forms in the foodservice industry and can be committed by individuals on both sides of the counter. For as long as restaurants have been selling food, dishonest individuals have been devising new ways to steal from them, whether that entailed placing foreign objects in food or simply scooping up a handful of change from an open register. Fraud and theft are becoming even more common-place today, experts say.

Another incident, involving McDonald’s Corp., also had unfortunate results. The company recently paid $6.1 million to Louise Ogborn, who in April 2004 was strip-searched and sexually harassed as part of a telephone hoax. Ogborn’s lawyers claim the company did not warn her of similar phone hoaxes that had been made to nearly 40 McDonald’s outlets and other fast-food operators by an individual pretending to be a police officer. Former unit assistant manager Donna Summers and her fiance, Walter Nix Jr., were charged in connection with the incident and convicted.

While experts say the restaurant industry is a prime target for scam artists, many incidents that occur would not be possible without employee complicity. Timothy Zehring, president of Risk Assessment Services LLC in Higley, Ariz., says employees or even former employees can be equally culpable, especially when it comes to serious offenses, such as armed robbery.

“It’s a federal offense to rob a bank,” he says. “But going into a restaurant at the right time, through a back door propped open [by an employee], a person can just walk out with tens of thousands of dollars.”

Internal theft and fraud are common-place in all types of foodservice operations, although such incidents rarely generate the kind of dramatic attention as theft or scams involving outsiders. Nevertheless, according to a recent National Retail Security Survey Report from the University of Florida, nearly 47 percent of all inventory shrinkage is due to employee theft, as opposed to the 31 percent that occurs from outsiders shoplifting. The report also found that losses from employee theft add up to nearly $19 billion a year for the retail industry, 30 percent higher than losses accrued from shoplifting.

Another study recently published by U.S. News & World Report found that 34 percent of 19- to 29-year-old employees say they believe it’s acceptable to steal from their employers.

Employee theft is not new to the restaurant industry. Whether by manually adjusting tip amounts, asking cooks to prepare food without the order being placed through the POS system or simply stealing inventory from the back room, employees long have found ways to steal money from their employers.

Michael Mershimer, chief executive of Taunton, Mass.-based loss-prevention consultant and outsourcer The Mershimer Group Inc., says one reason employee theft persists is that it has been given low priority by corporate executives.

“If senior management doesn’t take it seriously,” he says, “then why should lower management?”

Use of electronics, particularly POS systems in nearly all major restaurant chains, is an effective way to curb employee theft, he says, adding that cameras should be used in all POS systems so employees can be viewed making transactions and managers can track every void and comp that occurred throughout the week.

But as technology progresses, so do the different types of theft. With the proliferation of gift cards, the ability for employee fraud greatly increases. In fact, the bulk of employee-based fraud these days involves credit and gift cards, Mershimer says.

“We’ve seen a lot of fraud where an employee in a drive-thru window swipes a credit card once for a meal, and again for a $100 gift card which can be sold or converted to cash,” he says. “You’d be shocked how many people do not line-item check their credit card bills.”

This type of identity theft was seen last December at a Wendy’s in Plainfield, Ill. A teenage employee was charged with seven counts of identity theft for stealing up to 50 debit card numbers from drive-thru customers. The employee then transferred the numbers to empty debit cards and used them at retail outlets.

Mark R. Doyle, president of the loss-prevention and inventory shrinkage firm Jack L. Hayes International Inc. in Fruitland Park, Fla., is an advocate of pre-employment ethics testing. His company, along with the Provo, Utah-based integrity screening supplier IntegriView, applied a test called the Applicant Review to more than 19,000 prospective employees.

The results from this study revealed that employee theft rose significantly in 2006. That year, one in 28 employees were apprehended for theft by their employers, up 6.57 percent from the prior year. Nearly $57 million was recovered from dishonest employees in 2006, a 16.4-percent rise from the $48 million recovered in 2005.

Nevertheless, many loss prevention specialists believe that preventative measures have been successful in curbing employee theft. Zehring says an employer easily can find out about a job candidate’s criminal history through , a public records website tied directly into the court system. Or, he says, you can simply ask the prospective employee.

One of the first things an employer should ask a job candidate is whether there are any prior criminal offenses, he says.

“But managers are afraid or don’t really want to ask,” Zehring says. “Criminal history is not protected. A person doesn’t choose their race or country of birth. But if they steal, it’s not protected, since it is a choice.”

Zehring adds that examining references and periodic spot checks also are essential in determining if an employee has been recently convicted of a DUI or drug offense.

Loss-prevention specialists urge employers to spend more time and money on the pre-employment screening to avoid problems that might occur later.

“It starts at the point of hire,” Doyle says. “If you spend your money there, you won’t have to deal with troublesome employees later.”

David Commer, president of Commer Beverage Consulting in Carrollton, Texas, advises managers to clearly communicate what staff can and cannot do, especially when it pertains to something that could be considered theft.

“There is some gray area,” he says. “Is taking a bottled water or a Red Bull the same as taking a fountain soda? Is that theft?”

In addition to implementing such preventative measures as camera-based POS systems and pre-employment integrity screening, employers should broadcast their past successes in curbing employee theft, Mershimer says.

“[Our measures] should not be known only when a theft or scam takes place,” he says. “I’m a big believer in having [restaurants] promote a loss prevention system with high visibility and letting successes be known.”

“We preach prevention,” he says. “If you’re doing positive things and adjusting the problem, [you] want people to know about it. It’s a good thing.”