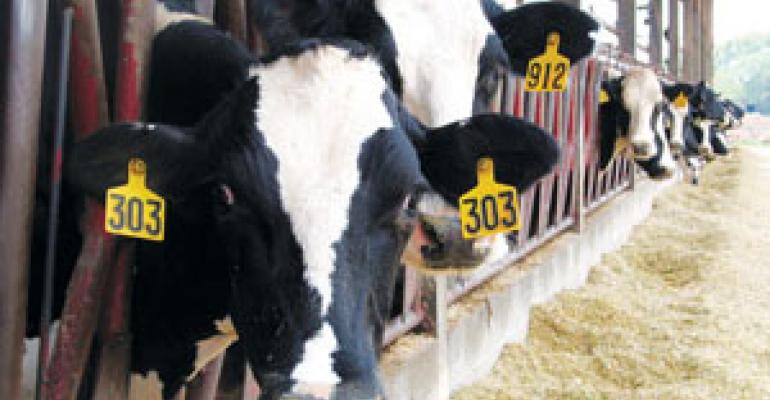 With prodding from litigators, legislators, regulators and the natural-foods arm of the “green” movement, foodservice companies large and small are purging from their foods or from the processes that create them substances considered unnecessary or dangerous by consumer and government groups.

Artificial trans fats, decried by the likes of the American Heart Association and the U.S. Food and Drug Administration, are but one substance targeted for removal from commercially prepared foods by consumer activists, government watchdogs and elected officials.

Even when chemicals known to be present in foods can’t be removed, lawsuits can force restaurateurs to post warnings about them, as happened a few years ago in California when more than a dozen major chains agreed to alert customers about the presence of methyl mercury in some seafood species. And pending litigation in California over acrylamide, a cumulative neurotoxin and suspected human carcinogen found in French fries, seeks to force McDonald’s, Burger King, Wendy’s and KFC to post similar warnings.

A proposal to phase out potentially artery-clogging oils and spreads containing trans fats from restaurants in California was defeated last month in the state Senate by a 22-18 vote after the bill had won passage in the Assembly. But representatives of the bill’s author say the measure likely will be back next year, as might municipal and county measures nationwide modeled on trans-fat bans of varying types and with assorted deadlines now on the books in New York; Philadelphia; King County, Wash.; Montgomery County, Md.; and Brookline, Mass.

So concerned is the National Restaurant Association about the trend toward trans-fat bans that allow only short transition periods that the association has referred to such regulations as acts of “ignorance” or decisions showing “a lack of judgment.”

“This is a farm-to-table issue,” the NRA has stated. “It takes time to develop, plant, grow, harvest and process new alternative crops and to test new oils.”

The association’s position also is that trans-fat bans pose “supply chain problems and unrealistic deadlines” and may give operators “no choice but to switch to oils high in unhealthful saturated fats.”

Even as the NRA lobbies aggressively for what it sees as reasonable strategies for dealing with trans fats and monitors state and local proposals to ban trans fats, chains are taking action ahead of mandates or direct consumer action. For example, the 1,000-unit Papa Murphy’s Take ’N Bake Pizza chain, based in Vancouver, Wash., last month announced that all its pizzas now are free of artificial trans fats.

“As a wife and a mom, I try to be very careful about not feeding my family anything with potentially harmful ingredients,” says Clarice Turner, president and chief operating officer of franchisor Papa Murphy’s International. Turner says she shouldn’t need to worry about the foods she buys for her family. Papa Murphy’s removed trans fats because “our customers shouldn’t have to [worry] either,” she says.

Another recent convert to the trans-fat-reduction megatrend of the past two years is 289-unit Firehouse Subs of Jacksonville, Fla. The chain last month said it had eliminated artificial trans fats from menu items in a move that chief operating officer Don Fox called the “responsible choice.”

The choice of who decides whether foodservice companies rid their menus of foods made or prepared with partially hydrogenated oils containing trans fats may soon be out of the hands of operators, if current legislative and legal trends are any indication.

In the highest-visibility action tied to trans fats in foodservice to date, KFC in April completed its transition to trans-fat-free, low-linolenic soybean cooking oil for all of its fried-chicken products and potato wedges. That change was made at all of the chain’s nearly 5,400 U.S. outlets.

Louisville, Ky.-based KFC says it spent three years researching, planning and executing the oil swap. Chain president Gregg Dedrick says the move met “the changing needs of our customers, without sacrificing the finger-lickin’ good taste that is the foundation of our brand.”

Some chains say they have been slowed in their efforts to roll out cooking oils free of trans fats by taste problems, a scarcity of such products, cost challenges, equipment issues or all of those factors.

The Washington, D.C.-based Center for Science in the Public Interest, impatient with such contentions, in early 2006 joined a Washington law firm in suing KFC and threatened other operators using oils containing trans fats. However CSPI pulled out of that legal action late last year after KFC announced it was switching oils.

The issue of trans fats also looms large overseas. Denmark banned trans fats in 2004, and the trends within the European Union are such that foodservice giants, including McDonald’s, have created timelines for further reducing or eliminating trans fats in the foods served in those countries.

As compelling as the trans-fats issue might be, it is not the only food matter concerning many operators in 2007.

Citing environmental, animal welfare and taste reasons, some independent chefs have long advocated the use of organic or “less processed” foods, such as poultry and meats raised without antibiotics and growth hormones. These minimally processed foods often carry higher prices.

Puck’s declaration brought praise from animal-rights activists and others, but prompted criticism from some industry-backed groups, such as the Center for Consumer Freedom. The CCF complained that Puck was only emboldening “anti-meat zealots” to seek further concessions from operators.

But growing public appreciation for natural foods may make their use more of an imperative, even among the largest chains.

“At the end of the day, they get it. They can taste the difference,” John Taylor, Panera Bread Co. director of product development, has said of consumers and their response to natural foods.

Taylor, speaking at the Produce Marketing Association Foodservice Conference and Exposition in July in Monterey, Calif., said his chain’s sales of chicken nearly tripled after it began using poultry raised without antibiotics. He said the demand that led to that increased usage came without the help of special promotions.

The challenges of championing change or reacting to calls for purging controversial substances from foods or beverages may be best illustrated by the situation at Starbucks Corp. of Seattle.

Starbucks says it is working to serve in all U.S. company-operated Starbucks Coffee locations—6,556 as of July 1—only milk products sourced from herds not being given rBST, or recombinant bovine somatotropin. That artificial growth hormone intended to increase milk production is made by Monsanto and is also known by its trade name, Posilac, and the term rBGH, or recombinant bovine growth hormone.

As of early September, approximately 72 percent of Starbucks’ company-operated coffeehouses were using milk products from herds not being given rBST, including fluid milk, half-and-half, whipping cream and egg nog. That level was up from 37 percent in the first quarter of the year.

Starbucks’ rBST-free policy may be contributing to recent pressure on the company’s margins.

The company’s chief financial officer-designate, Peter Bocian, was quoted recently by Reuters as saying the coffee giant had taken “a hit,” profit-wise, from rising dairy prices in 2007.

Commodities analyst John T. Barone has attributed part of the recent increase in dairy prices and forecasts of higher prices in 2008 to decreased production at dairies that are shunning rBST. “Posilac [or rBST] can increase a cow’s milk production by 10 percent to 15 percent,” Barone says. “As more end users force their suppliers to eliminate use of rBST, milk output per cow will drop, putting further upward pressure on prices.”

Bridget Baker, a Starbucks spokeswoman, says the chain is turning away from milk from herds given rBST because of “customer needs and preferences.”

“We’ve heard from customers that they are happy we’re making this effort for them,” she says.

Baker adds that her company also has targeted year-end as the deadline of an effort to eliminate trans fats from the food served in its cafes.

But Starbucks is only one of a number of large customers driving dairy producers to cut back or eliminate the use of rBST. Several grocery chains, including the Cincinnati-based Kroger Co., have taken similar steps. Kroger, operator of nearly 2,500 grocery and multidepartment stores, says it believes it can complete the transition to milk from rBST-free herds across its system by next February. Consumer preference is behind the move begun earlier this year, the chain says.

Some dairy producers and associations decry such moves as marketing ploys by cynical retailers aimed at raising milk prices. They cite FDA approval of rBST use in 1993 and research showing no difference between milk from herds given rBST and those that aren’t.

Opponents of rBST, such as the nonprofit Food & Water Watch organization of Washington, D.C., contend that there has not been enough study of the potentially harmful effects on humans from the use of the hormone in milk production. They also contend that the use of rBST leads to a greater numbers of udder infections, resulting in excessive use of antibiotics in milk cows.

No matter which group might ultimately be proven correct, the free market is not deaf to the rising demand for milk produced without the use of artificial hormones.

California Dairies Inc. of Visalia, Calif., the largest dairy producer cooperative in that state and the source of about 10 percent of the milk consumed in the United States, in August told members to stop using rBST or face additional handling charges for their raw product. CDI chief executive Richard Cotta says a Florida cooperative made a similar announcement a short time later.

“We’ve actually been servicing the rBST-free market for the last seven or eight years, and demand continues to grow,” Cotta says.

He adds that the cooperative’s actions were based on market demand and desires to enhance efficiencies, not science or the controversy over rBST. He explains that the markup of “a couple of percent” associated with serving the market demanding milk from rBST-free herds was being undermined by the added costs of handling and marketing milk made with and without the growth hormone.

Cotta says some of the CDI’s product is going to Starbucks, which has to deal with the politics of change related to rBST.

Starbucks representatives have tried to distance the chain’s rBST policy from the media campaigns and protests of specific groups, such as Food & Water Watch. They say that the coffee giant has been exploring the strategy for more than two years and that the timing of activists’ protests and the company’s policy changes are “coincidental.”

“We won!” declares a recent Food & Water Watch press release and website posting about the Starbucks announcement, suggesting that the group sees things differently than Starbucks.

Despite whatever financial slings and political arrows it may be suffering as a result of its rBST initiative, Starbucks is not drawing attention to the matter in its stores.

“We don’t have it [noted] in in-store signage,” Starbucks’ Baker says. “It’s just what we’re doing.”

A slightly different approach is being taken by another Seattle-based retailer, Nordstrom Inc., which operates nearly 90 restaurants and about 100 coffee bars in its upscale department stores. Nordstrom has worked for some time to create a supply chain that buys dairy goods only from suppliers that do not use rBST. It also is working to eliminate artificial trans fats from its menu and to buy as many organic products, such as baby greens for salads, as is feasible.

“We’re designing countertop signs to humbly and quietly communicate our commitment [to such foods],” Nordstrom vice president of restaurants John Clem says. “We do these things because we believe in them. I think customers deserve to know.”