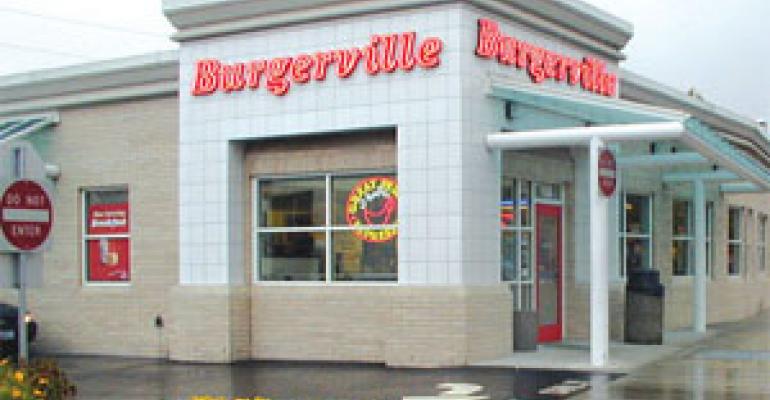 More than a load of garbage

When a torrential rainstorm flooded sewers in parts of New York City and shut down subway lines earlier this summer, several municipal officials sought to place the blame on the local restaurant community.

City Council members claimed restaurants were illegally dumping excess grease and cooking oil into the system, where it hardened and blocked pipes from draining properly. As a result, lawmakers directed the council’s environmental protection committee to study how New York is implementing laws requiring restaurants to keep grease and fat out of the sewage system, and to step up enforcement policies and, potentially, penalties.

“Any time we get a flood like this, some councilman tries to use restaurant grease as a scapegoat,” he says. “This has been going on for some time.”

New York restaurateurs are not alone in being the focus of lawmakers’ efforts to address the growing issues of water, soil and air pollution. The disposal of fat, oil and grease—also known as FOG—into wastewater has emerged as a reoccurring hot-button issue for the entire foodservice industry, triggering periodic crackdowns as local jurisdictions attempt to comply with mandates from the U.S. Environmental Protection Agency and changes in the federal Clean Water Act.

But at the same time, more state, regional and local officials are taking harder looks at other discharge problems associated with foodservice operations, including particulate emissions into the air. Experts cite, in particular, the landmark action taken years ago for the five-county Greater Los Angeles area by the South Coast Air Quality Management District, which passed a regulation requiring hundreds of quick-service restaurants using chain-driven char-broilers to find ways to reduce emissions by more than 90 percent.

And while Southern California remains one of the few areas in the country to enact such a measure, lawmakers in the San Francisco Bay Area recently began considering a similar initiative.

Christine Andrew, director of health and safety regulatory affairs for the National Restaurant Association, acknowledges that the restaurant industry is facing an increase in FOG and air pollution programs that have the capability to impact restaurants significantly.

“Unfortunately,” she adds, “there is no one-size-fits-all approach with the issue.”

In the meantime, more restaurateurs are taking whatever initiatives they can and attempting to find ways to deal with ongoing problems in an environmentally positive manner. The shift toward recycling kitchen grease into biodiesel fuel, for example, is gaining traction as operators discover that being “green” can also translate into cost savings.

Michael Oshman, executive director of the 300-member Green Restaurant Association, is upbeat about the trend, saying, “Many of our restaurants are getting close to having zero waste.”

For the foodservice industry in general, though, waste disposal remains a challenge. In recent years, the issue has surfaced in states and localities around the country that failed to meet the federal government’s standards for water pollution abatement.

For example, a few years ago nearly two-thirds of Atlanta’s restaurants were cited for grease-trap infractions after federal officials forced the city to cut sewage overflows into the Chattahoochee River. Many restaurants also were required to install grease traps that cost at least $5,000 each.

Restaurateurs in Los Angeles, San Diego and Oahu, Hawaii’s most populous island, also faced the prospect of costly grease trap upgrades a few years ago when those areas failed to meet federal limits on wastewater discharge.

While most operators attempt to come into compliance with the regulations, the NRA’s Andrew says the existing patchwork quilt of restrictions can impact restaurants significantly.

“There are a lot of unnecessary restrictions put in place [concerning FOG disposal],” she says. “[They can] impact building codes for new construction, but also require existing facilities to go back and upgrade their facilities, and that can be costly.”

In New York alone, the city’s Department of Environmental Protection over the past year issued some 2,800 summonses to operators who did not have grease traps or had not properly cleaned existing traps. Since 2000 about 18,000 new traps have been installed and more than 15,000 citations for discharge-related infractions have been issued.

The NYSRA’s Hunt—who previously owned and operated a company that services grease traps—says one of the problems many New York restaurateurs are facing is undersized grease traps.

“There was not much enforcement until five or six years ago, and when people opened restaurants, one of the last things they thought about were grease traps,” he says. “Lately, the city has been very active in conducting its inspections and issuing summonses. If a grease trap is inspected and found to be undersized, it has to be replaced.”

Hunt says that given New York’s severe space limitations, the average grease trap in the city ranges in size from 40 to 50 gallons. By contrast, some restaurants in the suburbs can install traps that hold thousands of gallons. As a result, New York restaurants are forced to clean and service the traps more often.

Grease accumulation in traps is not the only problem faced by restaurateurs. The accumulation of grease in ventilation hoods also presents its own problems. In August two firefighters died battling a blaze fueled by grease buildup in the vents in a Chinese restaurant in West Roxbury, Mass. Local officials said the restaurant had a history of inspection code violations pertaining to grease in and on equipment.

Used oil from deep-fat fryers also has been a thorn in the side of restaurateurs who historically must pay haulers to come to their operations and pick up the waste. However, recycling and the advent of biodiesel fuel, a clean-burning alternative made from renewable resources such as vegetable oil and animal fats, could be changing that.

“A lot of companies around the country are turning kitchen grease into biodiesel fuel,” says Oshman of the Green Restaurant Association. “It’s very exciting that this waste product is being reprocessed into fuel that can power trucks and cars.”

Burgerville, the 39-unit quick-service chain based in Vancouver, Wash., is one example of the growing number of restaurant operators that have been recycling used fryer oil into biodiesel fuel. A recycling agreement the chain reached with a Portland, Ore.-based company has, since March 2006, eliminated monthly oil hauling and handling fees that had run $35 to $45 per outlet, Burgerville says.

Moreover, the move has been good for public relations.

“Customers’ reaction to it has been really good,” says John Kreuzer, a Burgerville spokesman. “It’s a good thing for the community, and people respect it.”

Many San Francisco Bay Area restaurants also are participating in a program organized by the Golden Gate Restaurant Association to recycle oil from deep-fat fryers, and are currently generating about 300,000 gallons of biodiesel fuel annually. The program has reduced oil pickup costs from about $50 to $15 per pickup.

Lawmakers in other areas also are beginning to champion restaurant grease recycling. A commissioner from Lee County, Fla., wants to use the approximately 400,000 gallons of waste vegetable oil generated annually by the area’s restaurants to power the county’s vehicles.

Fat, oil and grease waste is not the only discharge issue restaurateurs are facing, though. Lawmakers in nine counties in the San Francisco Bay Area are seeking to cut back on the carbon particulate matter being generated by chain-driven and underfire charbroilers used in quick-service restaurants. Kevin Westlye, executive director of the 900-member Golden Gate Restaurant Association, says his group has been meeting with area officials since last year to hammer out a workable solution for all involved.

An initial proposal would have required restaurants to install electrostatic air cleaners that remove carbon particulate matter from the atmosphere, but the $60,000-per-unit price tag was too costly for operators, Westlye says.

Fortunately, that proposal was defeated in April, he adds.

“If [lawmakers] want to pass regulations that would mirror those enacted in Los Angeles, that would seem very reasonable,” Westlye says. “But if they want to go for some more comprehensive reform, we would oppose it.”

In fact, local officials have been studying the air quality control measures enacted in the Los Angeles area by the South Coast Air Quality Management District that required hundreds of quick-service outlets with chain-driven charbroilers to install ventilation equipment that would all but eliminate emissions.

Rather than opt for the costly air cleaners, though, Burger King found a different solution. Steve Grover, vice president of food safety quality assurance and regulatory compliance for the Miami-based chain, says BK has converted all chain-driven broilers at company units in Southern California to side-loading batch broilers that use about one-third of the energy and produce only a third of the emissions the old gear had released.

“We’ve been using the new equipment in [Southern California] for five or six years, and we’re quite happy with it,” says Grover, who previously was vice president of health and safety regulatory affairs for the NRA.

The new broiler model costs about $8,000, he says. However, “with prospects of saving two-thirds on energy costs, it only takes about eight months before the expenditure is paid back,” he adds. By comparison, the broilers Burger King replaced cost about $30,000.

As a result, the chain is planning to replace all of its chain-driven broilers at company stores in the United States and Europe by 2009.

While California is generally ahead of the rest of the country on emissions control regulations, other areas are not ignoring the issue. For instance, when New York-based Union Square Hospitality Group opened its barbecue concept, Blue Smoke, in Manhattan, the company was forced to address the complicated and costly issue of wood-smoking.

Restaurants in New York are not allowed to vent wood smoke and gas-fired emissions through the same flue. Consequently, Blue Smoke’s twin custom-built smokers had to be vented separately. An elaborate and expensive system of aluminum ducts was constructed to draw the smoke out of the kitchen and up 15 stories beyond the roof of the East 27th Street high-rise building.

In the meantime, though, restaurant emissions are expected to become more of a concern to regulators and lawmakers around the country. Grover says Burger King is focusing on reducing the size of the average store’s footprint, thereby making them more energy efficient.

“We want to decrease the size of the site from half an acre to a quarter-acre, and get the seating down from 120 to 80 or 60 or 40,” he says. “And one of the side benefits of smaller stores is reduced emissions.”