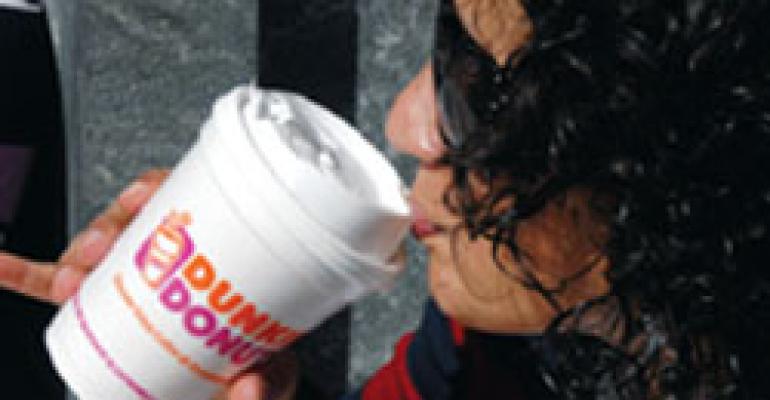 For restaurant companies searching for capital, the new year could be the light at the end of 2009’s dark tunnel.

Industry analysts say 2010 may be the year when investors begin to warm up again to restaurant deals—a change in sentiment that could spark more debt offerings, acquisitions and initial public offerings in the space. Resurgence in investor interest would be welcome news for cash-hungry restaurants as credit markets remain tight and sales continue to decline.

“Not a lot went right in 2009 for restaurants,” said Jeffrey Sherry, director of the mergers and acquisitions team at Stifel, Nicolaus & Co. “The general perception now is the worst is behind us.”

After a year of mostly dismal earnings reports, aggressive cost-cutting and tamping down growth, investors are becoming more excited about the restaurant industry, Sherry said, particularly with several potential debt offerings, IPOs and acquisitions on the docket. IPOs, in particular, may be far more prevalent in the year to come, he said, adding that they typically “come in waves” in the restaurant sector.

The last wave, he said, was in 2006 when Burger King Holdings Inc., Chipotle Mexican Grill Inc. and Morton’s Restaurant Group Inc. all raised money through IPOs.

Industry watchers already are eyeing several companies that have been longtime grist for the IPO rumor mill. Dunkin’ Brands Inc., owner of doughnut and coffee chain Dunkin’ Donuts, has been mentioned, as has Bruegger’s, owned by private-equity firm Sun Capital Partners Inc., and Lonestar’s Sullivan’s and Del Frisco’s.

Mergers and acquisitions also could be far more prevalent in 2010, Sherry said, as companies look to broaden their sales by acquiring a smaller, growing concept.

“In flat consumer spending cycles,” he said, the only way to grow sales “is to go out and buy someone else’s customers.”

Such activity has been limited in the past year as companies struggled to find lenders to finance deals. Private investors also were wary of taking on a company driven by consumer spending. Deals, though, did continue, if at a far slower pace than in the years preceding 2009.

Steak n Shake Co., for example, is buying Western Sizzlin’ Corp. for $23 million. One-time activist investor Sardar Biglari leads the two restaurant companies. That deal was first announced in August and has yet to close.

Besides IPOs and acquisitions, analysts say more companies also likely would tap into the debt markets in the upcoming year to secure capital. KeyBanc Capital Markets Inc. restaurant analyst Brad Ludington said “the big opportunity” in 2010 “will be in secondary offerings or debt offerings for companies that are strong enough to offer those.” Ludington said those strong companies would likely have manageable leverage ratios and strong cash flow.

Ludington noted that Darden Restaurants Inc., which owns Olive Garden, Red Lobster and Longhorn Steakhouse, said in its second-quarter conference call Dec. 18 that it has $115 million in debt coming due in August 2010 and another $75 million due in April of the following year. Although he fell short of saying the company would definitely proceed with a debt offering, chief financial officer Brad Richmond noted that the debt markets “have improved significantly.”

Ludington said investors are far more willing now to buy company stock and debt if the price is right.

“I think investors are willing to look at it now, whereas that has not been the case for quite a while,” he said. “Whether we’ve hit a point where they’re willing to pay the multiples that some of these companies want to see, that’s another question.”

Even in the past year, some companies have begun to tap into the capital markets through debt or stock offerings. Ruth’s Hospitality Group Inc., the parent of Ruth’s Chris Steak House and other upscale casual-dining chains, said it is taking steps to pay down its debt by generating as much as $69.7 million through a stock sale to a private-equity group, a stock offering to shareholders and the sale of its headquarters building in Heathrow, Fla.

Così Inc. also announced a stock offering at the end of September. The company said Nov. 16 that the total purchase price of the shares offered in the rights offering would be $5 million. Così said it would sell the shares at 50 cents apiece, which represented a 31-percent discount to the shares’ market value on Nov. 13. Like many companies, Così is planning to use the proceeds from the offering to shore up its capital.